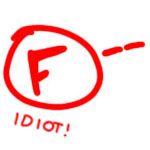 I fear I must begin this review with a simple warning: Do not play this game. It is not good. It may even be the Anti-Good, an evil wrought in the bowels of hell itself and given form in the mortal world to bring pain and suffering upon mankind.

I had heard hype of this game brewing since the dawn of the PS3. It resided comfortably on the horizon, obscured behind the glare of beautiful promises. A vast RPG playable with friends online. Could it be? I had not thought this possible. An RPG that I can enjoy alone, while simultaneously being an MMO that I can enjoy with a few select friends, with none of the awful bullshit that is intrinsic to any fully-fledged MMO.

White Knight Chronicles is a terrible thing. It is as though it was created in the laboratory of someone who fancies himself a mad scientist, but lacks the necessary intelligence and skill. His Frankenstein’s Monster is barely even worthy of the term “abomination”. If there were a school for abominations, his would be the child that has no friends and repeats the fourth grade year after year. It’s honestly that bad. It barely has a single redeeming feature.

When I first began playing it, I was drawn in. I even somewhat enjoyed the setting for a while, even though it’s the very epitome of banality. It’s your usual medieval Europe swords and sorcery deal. Rival kingdoms, knights, dragons. You’re familiar with it. It’s a setting that, for some, never gets old, but White Knight Chronicles doesn’t even do it well. Hell, there’s barely anything there. You have a castle town, a field, a desert, another desert, a cave, and a cave again. Not that there’s anything wrong with any of those things, but this game makes them feel completely lifeless. Every inch of terrain is the same. The locations feel so empty, so pointless.

As I said, for a brief while I was drawn in. Not by the story, nor the setting, but by the fact that it promised to be a big, adventurous RPG for me to settle down and enjoy. It’s been a while since I’ve had the pleasure of playing such a thing, and from the beginning White Knight Chronicles reminded me of the fun I used to have with Final Fantasy games. In particular, Final Fantasy 1, Final Fantasy 9 and, yes, even certain aspects of Final Fantasy 11. In truth, the game seems to borrow significantly from Final Fantasy 11. The interface, combat, weapons and even the attacks are all extraordinarily similar. This makes sense, as it’s a successful and fully fledged MMORPG. I can understand why they would borrow so heavily from it. This familiarity to games that all hold some place in my heart was what initially had me so enthralled by White Knight Chronicles. However, that wool over my eyes was the only trick the game had up its sleeves, and wool that thin can only obscure so much.

A short while into the game, perhaps fifteen hours or so, I became aware that it was already coming to an end. This had me completely shocked. Is this not an RPG? Are those not, historically, very long and substantial? I felt betrayed. This game cost £45, and the entire thing was basically a fifteen hour long tutorial level. There was never any challenge, never any threat, no intrigue, no mystery, no reason to have even played, and it was already over. The characters remain barely developed, the story remains entirely untold, there was no conclusion, no reward, no sense of satisfaction. The protagonists literally achieve nothing throughout the entire game.

Suffice to say, this disgusted me beyond words. The whole game was nothing more than an advertisement for its own sequel. I had paid £45 for what could easily have been a demo, or a trailer video.

You may think I’m exaggerating here, but I am nothing if not genuine. There’s no viable gameplay in White Knight Chronicles. The combat is completely one dimensional – You approach an enemy, you press X to hit it. It gets hit. Sure, you can use a whole bunch of different attacks if you want, but none of the enemies are any challenge whatsoever so you can get by simply using your most basic, default attack, over and over. You could use magic – but why bother? Magic costs mana points. Since every character can use any weapon, there is no point in having someone act as a magic user when you can simply give them a sword and let them do the same damage without ever worrying about them running out of mana.

Leveling up isn’t of any real importance, either. As I said before, you can learn new moves, but none of them are even necessary. Oh, and as if it weren’t easy enough already, two of your characters can turn into giant power rangers with almost inexhaustible health and perform attacks that will kill basically anything.

There is absolutely no balance to the combat, in any sense of the word. You will always win. You needn’t even try, there is only one outcome: Your empty, boring victory. And the enemies! God, the enemies. They’re all the damn same. You have wasps, hyenas, scorpions and lizards for your small enemies, and you have trolls, treants and golems for your large enemies. Oh and I should mention that trolls, treants and golems are all basically the same thing. You’ll fight all of these things over, and over, and over with barely so much as a color pallet swap.

That was fine for the first few hours or so, when I felt that the game could still be going somewhere, but it quickly became apparent that this was all it had to offer.

But I tire of such lengthy descriptions of this game’s failings and I feel that I have now voiced my most significant disappointments. I’ll now proceed to rant about the more minor issues.

When I was considering buying this game, I checked out the IGN review. 5.1/10?! That can’t be right! They must just be picking on it for no reason. Oh, how I wish that I’d listened to them. They were right about everything. Well, except one thing. They complained about the graphics and said it looks like a PS2 game. What? What? The one thing White Knight Chronicles has going for it is a decent art style and beautiful visuals, not to mention that graphics don’t matter one bit. Just look at Mega Man 9 and 10. Those are fun as hell and they’re 8-bit. Don’t say “that’s different”, because it’s not different at all. Graphics don’t matter, and if you think they do matter then I will go suck ten bleeding dicks in an alleyway so I can get AIDS and then I’ll fuck you and kill you with my AIDS. DO YOU GET THE FUCKING PICTURE? WAS THAT HIGH DEF ENOUGH FOR YOU?

The voice acting is horrendous. Just awful. Just… so, so awful. I can’t even begin to put it all into words. The best (or perhaps I should say worst) example is one particular line that crops up repeatedly after defeating enemies: “I almost felt bad there for a second… BUT IT PASSED!“. I cannot fathom the thought process of whoever wrote that line, and I feel genuinely bad for the voice actor who had to say it.

But somehow worse than the voice acting is the lip syncing. Half the time, the characters mouths aren’t even moving when they’re talking in cutscenes. It’s bizarre to say the least.

The plot is completely ridiculous, throwing extremely forced twists in at every possible opportunity, but they’re never a surprise because it always makes them blindingly obvious from the very beginning. It’s as if the writers did their very best to nullify every plot point before it even happened.

Cutscenes in White Knight Chronicles are always ridiculously long, and considering how trite the writing is, and how awful the voice acting and lip syncing are, they’re a huge chore to watch. Thankfully, if you press pause during the cutscenes, there is an option to skip them… except 90% of the time the option is grayed out for no reason at all, and you can’t actually skip them. I tried really hard to figure out why the option was even there if it only works for a very small handful of the cutscenes. No, I’m not retarded – it’s nothing to do with whether or not you’ve seen the cutscene before or anything like that. It’s completely arbitrary. It works in some cutscenes, but not in most. I can’t get my head around that.

And as if the cutscenes weren’t bad enough, when you finally have control again, the characters incessantly babble on about everything you already know, repeating things ad nauseam in their horrible little voices like retarded parrots.

The game has a buying/selling feature with all kinds of shops for armor and weapons, as well as something called Binding, where you can create new things from other items, but the things you can create by binding are all extremely inferior to the random crap you can buy from the shops or simply find lying around in chests. At the end of the day, any time you find a new town you’ll hit up the weapon shop and buy the strongest weapon for every character, and the armor that has the best defense for every character, so everybody will all look the same and do the same things, because that’s the only option you have. It feels completely empty. It’s as if the devs didn’t have the time to think about the technicalities behind stats and money and balance, so they just threw it all in as an afterthought because Final Fantasy has it, but they failed to consider that in real RPGs there’s an immense amount of thought that goes into the balancing of weapons, armor, stats and money.

I don’t think I have anything more to say about the game. i’ve rambled on for far too long as it is. Please, PLEASE do not play this game. Don’t make the same mistake I did.