Old game. I know. Shut up and read.

The Paper Mario games have always had a really nice art style to them. It’s simplistic but still looks really good. However, Super Papes takes this style and shits all over it. Seriously, how fucking lazy were the artists? I think they took the name “Paper Mario” a little too seriously and actually made a lot of the game out of plain sheets of paper. Several of the game’s characters and enemies are literally just colored shapes. One stage is literally a single black line across a totally white background. Having said that though, most of the game does look pretty nice, and some of the levels have some interesting styles. 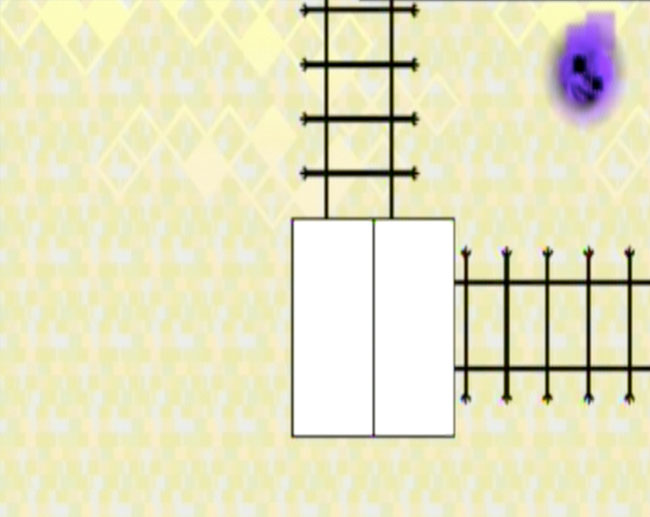 Lazy art decisions aside, the game’s dialogue tends to be quirky and humorous. However, the more you progress the more annoyed you will become, as the game shamelessly pads gameplay time with tedious and frustrating quests. The characters will sometimes joke about the monotonous tasks you’re being forced to perform, as if Shigeru Miyamoto himself is watching you and laughing because you purchased this poor excuse for a waste of time and helped to line his pockets with sweet legal tender. But, like a chump, you do what the game tells you to regardless.

Some of the game’s lowest and most sickening points include running for an age inside a hamster wheel and having to type “please” five times in a row before you can progress. That just isn’t cool. Making you do that a single time would be an annoying gimmick that you let slide. But five times? No. Fuck that.

However, you can at least amuse yourself at this point in the game by getting creative: 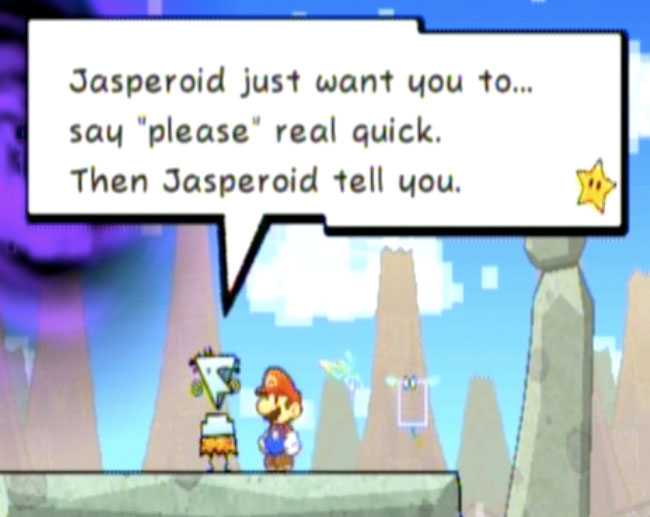 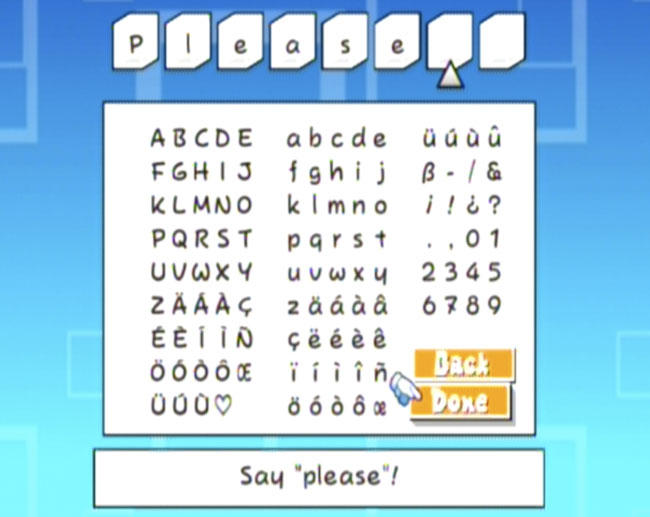 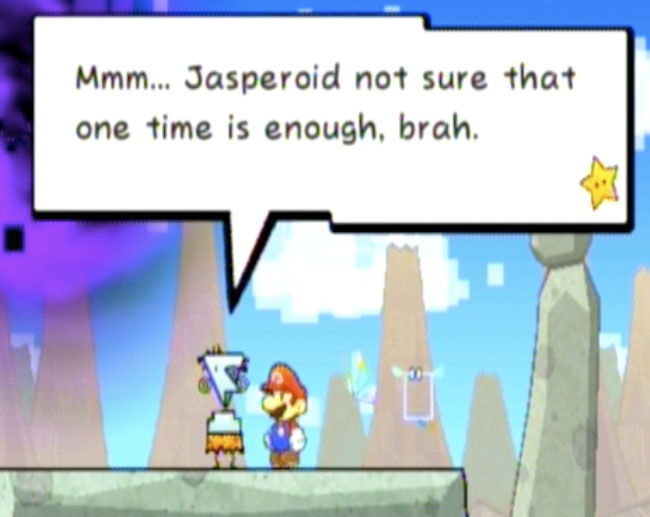 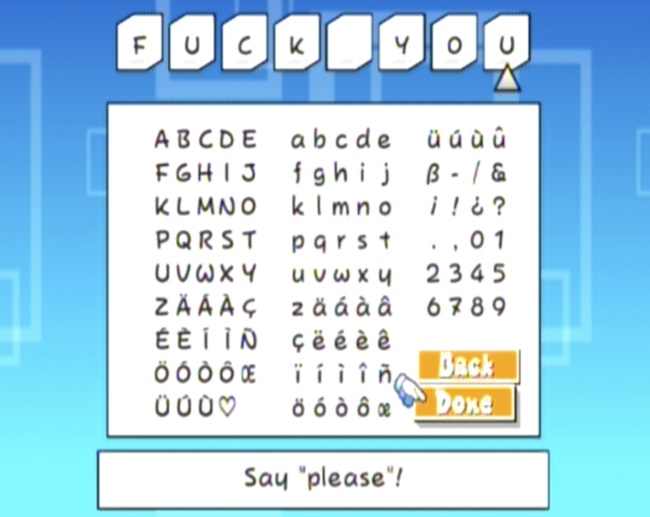 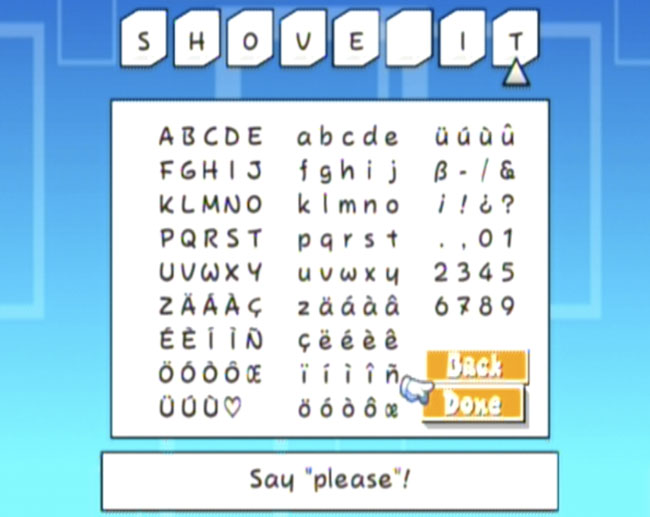 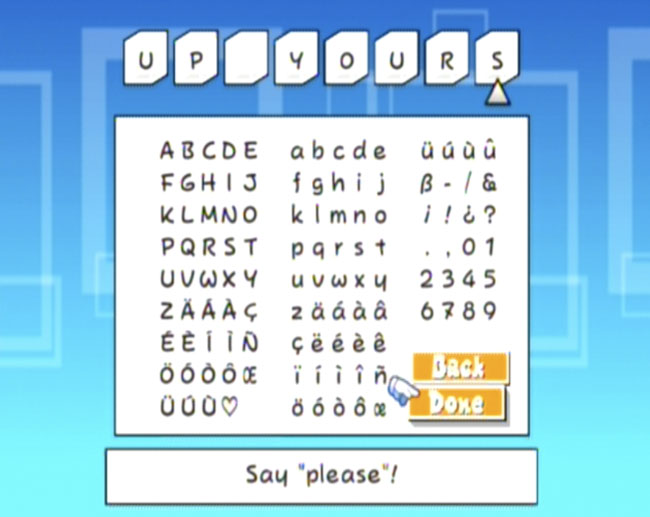 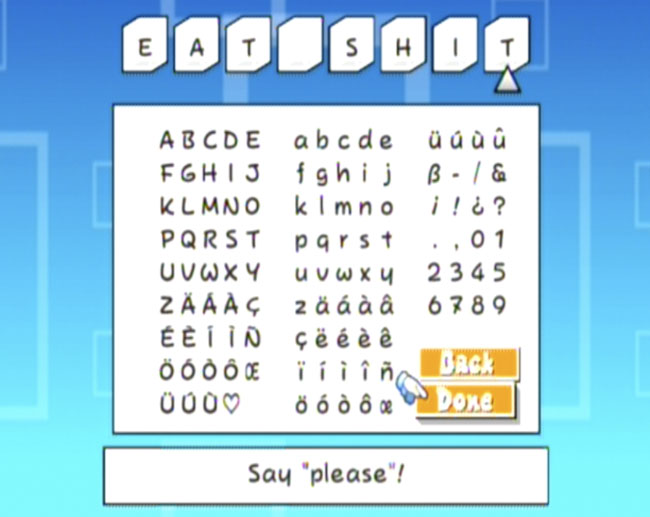 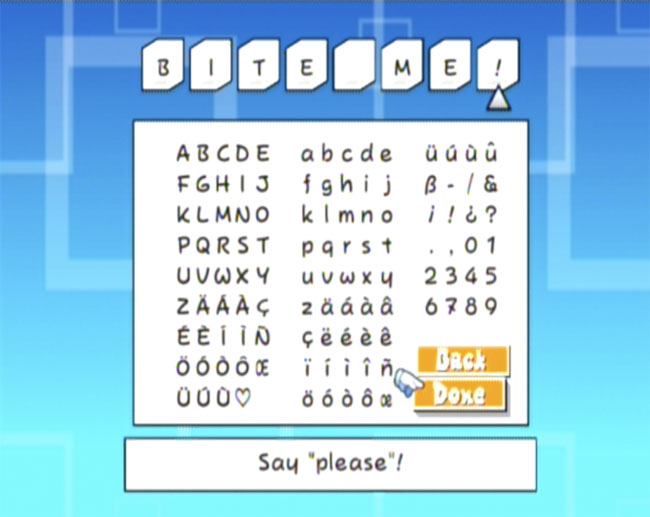 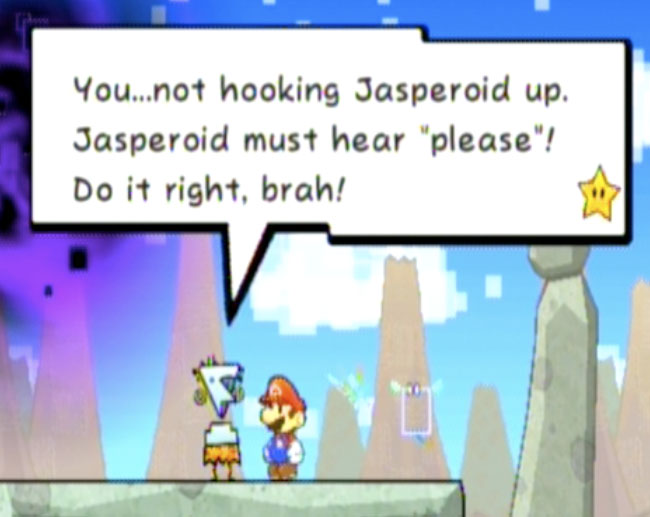 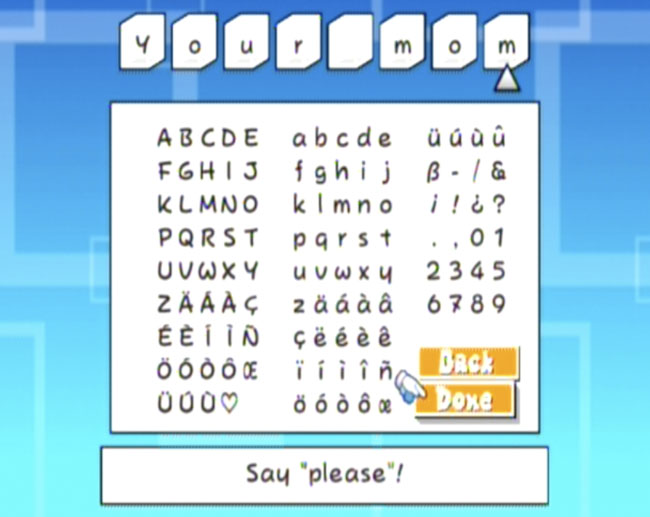 I guess I’ll talk about the story. Princess Peach has been kidnapped again.

So, the gameplay. Super Paper Mario has very enjoyable gameplay. It’s simple, straightforward and familiar. They brought back the good ol’ traditional Mario jump ‘n’ stomp combat, which gets the game some bonus points. They tacked on a whole 3D flip thing that allows you to switch to a 3D view. Basically this enables you to bypass enemies and puzzles in a second. I think it was a great idea but they screwed the pooch by making it an instant-win button that just lets you avoid every possible danger or obstacle. You can also play as characters other than Mario in Super Papes, including Luigi, Bowser and Peach. Unfortunately, those three losers can’t flip into 3D, which means you find yourself constantly opening the menu in order to switch back and forth between Mario and whoever has the ability to solve a particular level’s repetitive puzzles.

There’s not much else to say about this game. Honestly? Yeah, it’s pretty fun for the first two thirds or so, but the last third is just a chore. If you’re one of Nintendo’s bitches, then I’ve no doubt that this game is already on your shelf. If you have a mind of your own, then this game may or may not be on your shelf. I don’t care either way.