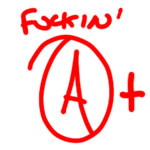 I’d given up hope that video games could ever be salvaged. Games these days are invariably five hours of mediocre trash, or they’re an “open world” game that touts its enormity as if it’s a groundbreaking and never-before-seen thing, only to turn out to be a big, empty husk of a world that provides only boredom.

While Red Dead Redemption is an open world game, it does it right. So right that I’m concerned my words won’t be able to do it justice.

From the moment you start playing Red Dead, you’re completely immersed in an incredibly vibrant and detailed world. It instantly feels real. So very real that it’s almost tangible. This isn’t entirely due to the game’s stunningly beautiful graphics, but due to its visual style. This isn’t a game about the wild west, nor is it a game set in the wild west. It is the wild west. When you’re playing Red Dead Redemption, you’re there. The world feels so big, so perfect and so full that you can’t help but let it completely absorb you.

There are great plains, deserts filled with cacti, hidden gang fortresses, snow covered mountains, enormous rock formations shaped by the wind over thousands of years, cliffs, waterfalls, rivers, railroads, forests, secret caves, and countless incredibly beautiful landscapes. I’ve had to stop many a time during play in order to gaze at spectacular views. I never thought a game could be so visually stunning – and somehow, it has almost no issues with framerate, or pop-in. The beautiful scenery is all there, all the time, even at great distances.

But it’s not just the setting, either. Every character in this world looks, sounds and acts unique. A great deal of them even have their own names – even the ones that aren’t anything to do with the story, and they all make you feel right at home, whether you’re helping to return money to them that’s been stolen by a thief, or rescuing their wife from being hung by a gang, simply listening to their stories beside a campfire, or hearing them chat to their friends in the saloon. Everything feels so authentic. Even the voice acting is flawless, as are the sounds and appearances of the weapons.

And the animation! My god, the animation. It’s incredibly realistic. From simple activities such as running, or climbing, or getting on a horse, or jumping, or falling and stumbling, writhing in pain. Shooting someone in the leg and seeing them trip and fall, and then trying to limp away. And one of the most satisfying visual spectacles by far; shooting someone’s horse and seeing it fall to the ground, sending its rider flying forwards and then rolling across the ground. I am consistently impressed by these things because no game has ever done animation this well. And it’s not just the human animation – the animals, too, seem ever so real.

Your activities in the world all fit as well. Your can herd cattle, lasso and break horses, capture outlaws for bounties, or be an outlaw yourself. Hunt and skin animals, defend or rob stagecoaches, have duels, search for treasure by following a series of sketched and ambiguous treasure maps. The list of activities feels almost endless. I think it’s truly the first open world game that remains consistently entertaining throughout, and even after you finish the main story. There’s just so much to do. I’ve played the singleplayer for around 45 hours or more now, but I only just yesterday discovered two entirely new roadside encounters that I’d never seen before, which leads me to wonder if there are yet more I’ve not discovered yet. And even now, after reaching 100% completion rating, I still have half of the achievements left to work on, which will take me a while and keep me thoroughly entertained for many more hours.

All of these things and more meld together so perfectly that you can’t help but blink every now and then and wonder if it’s really a game or in fact a live action movie.

I think it’s worth mentioning that my impression of the game while playing it was that it’s far more than just an open world action adventure like the GTA series. It’s got so much more to it. It’s like taking GTA and The Elder Scrolls: Oblivion and throwing them together, with a pinch of Fallout 3.

Okay, okay, you get it. The game looks really, really good and it’s technologically impressive. Normally I don’t give a shit about these things and I make that obvious in all of my reviews, so that alone should be enough to impress on you just how incredible this game must look for me to be so in awe of it. I’ve just never seen a game this visually believable before. I genuinely didn’t think we had the technology to make a game this visually believable before. I think that there may be witchcraft involved, or perhaps that Rockstar San Diego have sold their souls in order to make a game that looks this superb run so smoothly.

But even though this is the best looking and most visually believable game I’ve ever seen, all of what I’ve mentioned above is a mere cherry on the delicious gameplay cake.

I don’t know where to begin here. There is so much depth to Red Dead’s gameplay, from the basic movement of your character feeling accurate and smooth, to the horse riding, to the shooting. Everything feels exactly as it should. It’s all simple enough to learn, and it just feels right. That’s not to say the gameplay is easy or basic, though. There’s more to it than I can really put into words. The gameplay fits the world that you’re in like a tight black glove, and there’s little more about it that I can say. It’s really good and really smooth, end of story.

Okay, does Red Dead Redemption have any more cocks I can suck? Oh, the story! Damn is it awesome. The protagonist, John Marston, is pretty much your average everyman with a wild west twist, with a huge helping of Clint Eastwood mixed in. My wording there makes him sound cliché, and I suppose he could be considered cliché, but the story, his character and his lines are all so well done that it doesn’t feel particularly cliché. It just feels good. Many of the other characters are equally entertaining and interesting, in particular the marshall of the town of Armadillo, who gets unfortunately little screen time, and many of the Mexican plot-related characters. The story of the game is also very long for a modern game. Where most games last only 5 hours, Red Dead lasts 20-40 depending on your pace. Personally I made the story last a good 35 hours because I’m a completionist and I wanted to do absolutely everything along the way, and spent a lot of time exploring (there’s a LOT to explore).

The game’s ending is also exceptionally well done. I was even somewhat speechless for the last twenty or so minutes of the game. Rockstar have always been good at throwing the player curveballs when it comes to their characters and stories, and this one was a doozie. I was at first surprised and disappointed, but felt relieved and vindicated upon the discovery of a “secret” final mission that helps to tie up some loose ends, after which I felt very satisfied with the story as a whole.

I suppose I should mention the multiplayer, too. And there’s a lot to mention. Free roam allows groups of players to explore the entire game world together completing dozens and dozens and dozens of fun challenges, or just shoot the hell out of each other for fun. At first, when your level is low, it feels bare and empty compared to the singleplayer world, but as you progress you find plenty more entertaining things to keep you occupied. Then there are the variety of deathwatch and capture the flag style games, all of which begin with delightfully fun shootouts and consist of very entertaining match ups, all set in different towns from the singleplayer world. It’s fun to say the least, and there’s plenty to do, and tons of stuff to unlock.

I guess I need to throw in some negative points lest this review comes out as entirely fluff, but there genuinely aren’t many flaws. My only gripes with the game are incredibly minor and mainly involve horses being stupid and disobedient. For instance, following you everywhere when you desperately need them to FUCK THE HELL OFF, or wandering far away from you when you REALLY need them to stay close. It’s inconsistent and can be frustrating, but it’s just a non-issue in the grand scheme of things. And yes, the game has some bugs. Some pretty big ones I suppose, but they aren’t game-breaking and can all be fixed by simply reloading a save (and the game has a VERY good auto save feature which means you’ll never lose anything important if you have to reload an autosave). Personally, I never encountered a single glitch in all my near-fifty hours of playing, so I can’t help but assume the game isn’t as buggy as some people are saying. However, with glitches like these I can’t help but wish it was. I’m desperately hoping that I can recreate some of those glitches, because they’re all funny as hell.

So yeah, there ya go. That’s what I thought of Red Dead Redemption, and it’s actually become my favorite game of all time. I am eagerly waiting the DLC. You want my advice? Fucking get this game and get it soon.