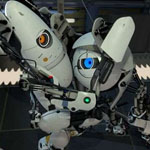 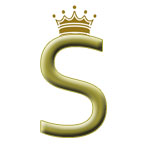 I remember being pissed when Valve announced yet another game that wasn’t Half-Life. In fact I’m pretty sure that in my blind rage I said I would boycott Portal 2 until the next Half-Life came along, but I’m a fickle, hypocritical little asshole. While I was just FURIOUS with Valve for entirely abandoning the series that put them on the map I couldn’t stay mad at them after playing Portal 2. Try as I might, I just couldn’t. Portal 2 is just too fucking good. Valve are still the best at what they do.

The first Portal was a damn clever game. While the basic idea of Portal wasn’t entirely new (Narbacular Drop etc), nothing like it had ever been fully realized into a complete package before. Portal had the works. Little hints of mystery regarding the intimidating and seemingly never-ending Aperture labs in the form of frosted glass viewing windows where scientists should be sitting (but weren’t), the writing on the walls, the malfunctioning and malevolent AI overlord of the facility, the open-ended conclusion to the game.

It all sparked shitloads of imagination and debate and caused a huge stir in the gaming world. It was a Thing. But even so, to me, Portal felt like a sort of experiment by Valve. They were messing around with a cool portal function and decided to make a little side project out of it and turn it into a mini-game that lasted a few hours and gave everybody a good laugh by having hilarious dialogue. But that’s all it was – a short, fun puzzle game that made you think and blew your mind a little bit because it was so new and different. I didn’t think they’d make a sequel so soon, and I didn’t think it would be such a huge deal, but holy fuck. Portal 2 is the real motherfucking deal.

I’m not sure if Valve even realized it completely when they made Portal, but they had essentially given birth to a healthy baby girl. It was cute, it was new, and everyone loved it. But it didn’t really DO much. I mean, it was a baby. But now, Valve’s little princess has grown into a smokin’ hot blonde nineteen year old chick who’s fucking STACKED. I’m talking kidnap-and-lock-in-your-basement-dungeon-forever levels of hotness. Hey, don’t have judgment. Don’t act like you all don’t have basement dungeons. Hypocrites.

Portal 2 has it ALL. First of all, its singleplayer portion is at least double the length of its predecessor’s, and on top of that it’s got a co-op section that’s easily just as long and twice as challenging. AND there’s talk of free DLC coming in the near future which adds even MORE. But that’s just the surface. Inside those singleplayer and co-op sections is an enormous wealth of story, character development, treasure troves of easter eggs hidden away in secret rooms, tons of exposition which sheds light on all the little mysteries of the original Portal, and the best dialogue in any video game ever.

Now, the first game had some amazing dialogue. It was littered with funny jokes which unfortunately became internet memes immediately which quickly got so old it hurt to hear them and made you wanna violently cave in the faces of the stupid pre-teens repeating them ad-nauseum because they DIDN’T REALIZE HOW EMBARRASSING THEY WERE BEING. But I digress. Portal basically just had you, the silent protagonist, and GLaDOS, the power-mad AI. GLaDOS berated you relentlessly with all kinds of humorous insults and that was pretty much it. But it worked. It was genius and simple, and extremely well-written. But Portal 2? Holy shit Portal 2. Valve knew they had a tough act to follow so they pulled out all the stops.

There’s a couple major new additions to the cast now. Wheatley is a little spherical robot-like AI that rides around the facility on a rail, trying to act as a guide and mentor in your attempted escape of Aperture labs. He’s voiced by Stephen Merchant, a god damn comedy genius. He lends an incredible quality to Wheatley’s character. It’s awkward, bumbling, stupid, fast and clever, all at once. Every line he speaks is like a flash-bang grenade packed with concentrated humor.

And then, later in the game, you hear the voice of the original founder of Aperture, Cave Johnson. And that dude is a god damn blast and a half. The classic 1940s Aperture portion of the game was great. Oh, yeah. I guess I should talk about that.

Remember in Portal how you escape the test rooms and start working your way through the parts of Aperture where you’re not supposed to be? You feel like a real rebel, sneaking through the seedy, unkempt underbelly of Aperture. You get glimpses of offices where scientists would have worked had they not all been gassed to death, you see the broken and untidy parts of the place that GLaDOS can’t maintain or just doesn’t bother to. In Portal 2, you get this experience again, only better. Different. Deeper.

Inititally, you start off pretty much where Portal did, only way in the future. The entire lab has begun to fall apart and become overgrown. Since you killed GLaDOS in Portal, there’s been nobody there to maintain the place, so it’s gone to shit. Everything’s broken and ruined. It feels nostalgic to be in the old test chambers, yet you’re like “Oh man this is freaky what the fuck happened here”. Yeah I couldn’t think of clever words for that part. Anyway. Shortly afterwards, the facility starts to get back to its old self again once you get things back up and running. But later, you end up waaaay underground, in the original Aperture labs in a salt mine. It’s all 1940s styled and rusted and ruined. It’s a really cool sight to see and gives you this sudden reveal of how Aperture started. Suddenly it’s not a mysterious lab where an evil robot makes little white rats jump through hoops forever. It’s got a human face. A human face with incredibly questionable morals and ethics, but a human face nonetheless. Whatever, I thought it was awesome.

The puzzles take whole new twists, too. You’re not just using the dual portal gun any more. Now you’ve got repulsion gel which makes you bounce off walls, ceilings and floors, you’ve got speed gel which makes you run super fast, moon-dust gel which enables you to place portals on whatever surface you cover in it, anti-gravity beams that help you move objects around, light-bridges which you can send through portals to create surfaces on which to stand, laser beams which you can redirect to activate circuits or just light things on fire with. God damn, the puzzles got busted wide open with all that extra stuff. Thinking with portals isn’t quite enough now.

I’m really rambling at this point so I’m gonna try to focus things for the remainder of this review. Here’s a summary of things I’ve said so far if you had the sense to skip ahead: Portal 2 is like Portal on steroids. The dialogue is better, the puzzles are better, the setting has been given an amazing series of twsists and allows you to see and learn much more of Aperture and its characters, it’s longer, it’s funnier, it’s more of a fully fledged game than the first one was, and on top of all of that it now has co-op multiplayer with even more fiendishly clever puzzles and hilarious ways to troll your friends.

Now that I’ve summarized all that, I’ll talk a little about the co-op. It’s a good 6-7 hours long, will make you laugh throughout, and think like crazy. It will also probably make you hate your friend. The bulk of the coolest and most innovative puzzles are in co-op mode rather than singleplayer. Having those extra portals makes things a little more complex, and there are some really kickass moments of realization when you and your friend figure out the solution.

Anyway, that’s about all I can really say. Portal 2 was an absolutely fantastic game. Valve put in a lot of effort to make it great. I don’t think it has any major flaws at all, so I’ve given it the coveted S grade, making it, I think, the third game we’ve ever given it to. Maybe fourth or something. Portal 2 straddles the relatively fine line between A+ and S, though. It was a tough call, but I think it earned the S. You might be interested in checking out Yahtzee’s Zero Punctuation for Portal 2 as well.