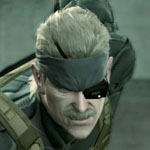 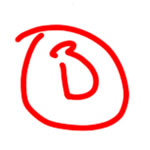 As the PlayStation 3’s only good game to date, Metal Gear Solid 4 is pretty much the only thing carrying the console right now. That’s a lot of responsibility for one game to shoulder! I mean, the PS3 is pretty damn heavy.

I must confess that before MGS4, I’d only ever played MGS1 (which I never actually finished) so MGS4’s learning curve was pretty steep for me. After giving it some time and practice though, all the pieces of the puzzle began to fit neatly into place and I could finally play it without getting seen and without having to murder people relentlessly.

The plot of the series has now become harder to follow than the bible. It’s not the best story in the world, but the characters are all entertaining enough to distract you from the complicated, trite mess (hey, that actually sounds a lot like the bible!). The cutscenes are long. Kinda real long. To give you a little perspective, if you take every codec call and cutscene in the game and stitch them all together, it makes a movie almost ten hours long (9 hours, 40 minutes and 42 seconds to be exact). They’re good, but I wanted to play the game more than I wanted to watch the cutscenes, so having to sit through them got frustrating at times. At least they make them vaguely interactive though, and in scenes with a TV you’re usually able to change the channel using the Mk II and look at lots of pictures of scantily clad Japanese models. But, for all the scantily clad women the game offers, it also provides unnecessarily profuse amounts of Snake’s ass to make up for it and keep the hetero-homo balance in check. 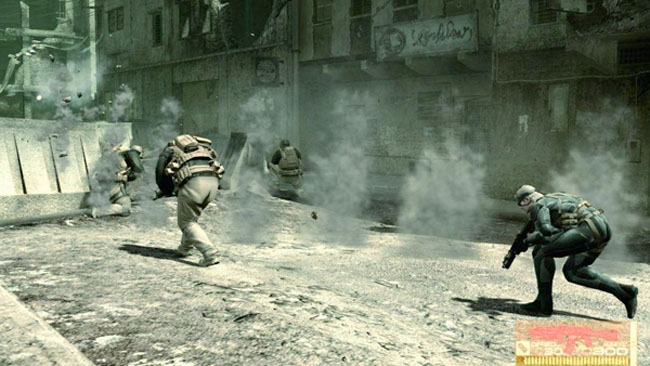 The game looks fantastic, with probably the best and most realistic visuals and animation in any game currently available. That’s nice. Let’s move on.

Its third person shooting gameplay elements leave a lot to be desired. It’s clunky and at times awkward to control. Once you’ve gotten the hang of it you can compensate for its flaws, so it’s not so noticeable once you’ve spent some time with it. Having said that, I’ll also make a point of saying that it’s not designed to be a third person shooter and is instead intended to be all about stealth.

However, while it pulls off the whole stealth thing pretty well, it makes the game so fucking easy. You have a gun that knocks people out with one shot and has flawless aim and doesn’t attract attention. You have magic camouflage that lets you go unseen even when someone’s practically standing on you. You’ve got the ability to just eat some noodles and have maximum health again if you somehow managed to get shot. 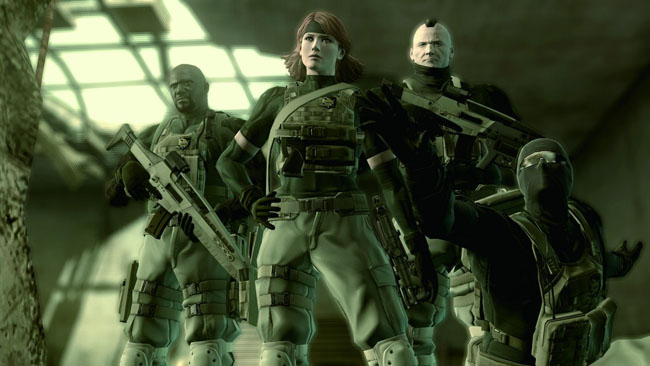 Regardless of how easy it is, I found the game to be a lot of fun. I even played it three times in a row because I enjoyed it so much. The graphics are really good, the stealth gameplay can be easy, but you can also be really creative with it, too. It also has top notch voice acting, and an enjoyable story despite its complexity. There’s a lot of Metal Gear Solid 1 nostalgia present, which was a lot of fun and provided a bookend of sorts for the story.

Of course, I’ve only spoken of the single player aspects of Metal Gear Solid 4. There’s also Metal Gear Online, but… In all honesty? It’s not that good. It can be fun for a while, but it’s hard to play it as the co-operative stealth game that it’s intended to be, due to its player base being exactly what you’d expect from an online game. One time I saw a guy say “Forget CoD4, it’s all about MGO now”. We have a saying on the internet, and that saying is “Lol”.

Final playtime: Roughly 20 hours or so, including cutscenes. Not sure exactly as I don’t have my original save file.

P.S. He actually said something more along the lines of “frget cod4 its all abuot mgo now bitchs”