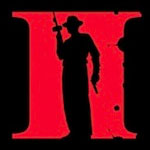 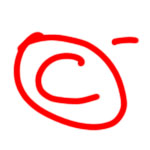 I’m gonna make you an offer you can probably just refuse if you want to. Whatever. I don’t care. But I’m gonna talk at you about Mafia II since I played it and all that stuff and you can read it maybe. But yeah, as the only member of Scathing Accuracy who owns several trilby hats, I figured I’d handle the review for this one.

Okay, so this is GTA in the 40s and 50s. As with every single one of these sorts of games, 2K Games have their hand in it. This means it’s more of the same old same old from those guys. If you’ve played any GTA game, you’ve already played Mafia II. In fact, if you’ve played any GTA game you’ve played something more fully fledged, more complex and longer than Mafia II. That isn’t saying much though. I gotta be careful, lest I sound like I’m actually complimenting GTA. Well, no, that’s not fair. The GTA series was fun up until GTA4, which sucked. Basically Mafia II is GTA4 only set in the 50s but it’s shorter and has even less stuff in it is what I’m trying to tell you.

Honestly, I can’t fault the 50s setting. I love the style of that whole era. People wore awesome clothes, had awesome attitudes, and cars were hella tite. Fuck, man. I wish I had Whitewall tires on my Focus. I’m gonna have to see if you can still get those. Probably not, because people these days don’t have even half an ounce of style.

But yeah, the setting is great, and feels pretty authentic. The licensed music from the time helps with that. While I’m on the subject of music, the first hour or so of the game is basically set in the 40s, and it’s obviously designed to be a short-lived section of the game because there’s only about three songs and they repeat so much it gets severely tiring. They also happen to be really annoying songs. But then there’s a time skip and you’re in the 50s all of a sudden and everything is great. The music is much better, and there’s also a lot more of it, so it’s about enough to last you until the end of the game without too many repeats.

Driving is a huge part of the game and thankfully they at least made the driving in Mafia II much more tolerable than GTA4’s. The cars feel heavy and sluggish, but that’s because they’re from the fucking 40s and 50s. This shit doesn’t have power steering. They make up for it with sheer god damn class. Get used to it because these cars are fucking great. I enjoyed driving in Mafia II for the most part. The cars feel pretty authentic, and they’re fun to cruise around in. There’s also a handy little feature to activate “safe driving mode” if you don’t want to attract police attention, which restricts your speed to the legal limit of that particular road. It’s useful if you’re trying to keep a low profile or keep your car in good condition. Of course, driving has its issues, too. The AI cars all drive like they’re out to fucking get you killed. They’ll pull out into your path, change lanes and get all up in your shit, randomly t-bone you from nowhere right when you’re trying to escape the police or something. It’s especially frustrating if you’ve just visited the body shop to repair your car. You’ve got it all perfect and shiny, you reverse out the door and BAM. Bus.

There are also a couple of aspects to the driving in Mafia II which almost every other game with vehicles ignores entirely: Gas and engine damage. If you hit something head on, chances are your engine can get fucked up and you have to pop the hood and repair it. I think it’s a pretty cool feature, but it’s frustrating when some idiot computer-controlled car causes you to wreck your engine because he just felt like changing lanes to drive directly into you. Also, you can run out of gas if you drive the same car for a long time and you have to stop at a gas station to fuel up. This is pretty rare, though. It only happened to me twice in the game. I thought it was a neat little addition though. Makes it feel somewhat more believable.

But anyway, enough about the driving. There are only two more things present in the game: Gun combat and melee combat. The gunplay is solid and pretty much standard for a third person game. You aim, you shoot. That’s all there is to it. The melee combat is also relatively basic but the game loves to make you melee people all the damn time. It’s all simple block/punch/counter stuff. I don’t know how else to really explain it, there just isn’t that much to it.

Overall, it’s a very basic game. It’s your bread and butter GTA. It tries a bunch of stuff to make it more immersive, like letting you open and close all the doors, turn on and off all the faucets and lights, open your fridge to eat a sandwich or drink a bottle of cola, answer the phone, pick clothes from your closet. But none of that shit actually does anything, so it’s all pretty pointless and I didn’t appreciate any of it at all. If your phone isn’t ringing, you can still pick it up, but it always just tells you “You don’t have any number to dial.” and you put it back down again. You can turn on the faucets and showers, but can’t do anything other than turn them back off again, so why is that feature even there other than to make reviewers who play the game for an hour say “HEY LOOK AT ALL THIS IMMERSIVE SHIT YOU CAN DO SO REALISTIC!”? It’s like a pitifully thin layer of icing on a stale cake.

And for a game that goes so far as to let you do all that stuff, it’s surprisingly lacking in detail. Every person you see on the street looks the same. Your in-game buddy Joe has this hooker he always fucks, right? She shows up in a ton of cutscenes and even has quite a few spoken lines. There’s even a tutorial mission where you save her from some angry guy. But you see her everywhere, because for whatever reason, they decided to re-use her model for more than 75% of the females in the game. Didn’t even change her hair color or anything basic like that.

The plot of Mafia II is kinda… back-and-forth. You play as Vito Scaletta, an asshole. He commits crimes and kills people. His buddy Joe is also an asshole who commits crimes and kills people. The two of you dream of being mafia assholes or something, and you gradually do some jobs for a mafia family and get made by Jimmy Italian. Then his enemy, Johnny Italian, wants to kill him. So shit happens and Jimmy and Johnny Italian shoot each other and all kinds of crazy shit goes down. Then Don Italian throws his weight around. Then his muscle man, Tony Italian, gets involved. Then it turns out Vito’s father, Italian Scaletta, was murdered by Sammy Italian! And he owed money to Carlo Italian, too! And then some chinks get involved as well. Hey, I’m no racist. That’s what the game calls them. Like a thousand times. Chinky chinkity chink chink chink. Also niggers.

Anyway the story jumps around between so many characters, all of which are huge stereotypes, that it’s sometimes not easy to understand who you’re killing for who. Not that it really matters, though, because it’s all extremely linear. Level by level you plow through the game doing what the Objective tells you and that’s about it. It’s a little over twelve hours of very linear gameplay. Not that linearity is bad, but it just feels a little odd in a supposedly open-world game. For instance, in GTA, you could buy yourself awesome houses when you became steadily more awesome and rich, right? In this, you become rich in a montage cutscene and all of a sudden have an amazing house. Then it promptly gets burned to the ground in another cutscene and then one cutscene later you’re living in a shitty apartment. You kinda feel like you’re being swept along and have no impact on the world whatsoever.

Now, there’s only one more thing I’d like to talk about, and that’s the game’s bizarre difficulty. I was playing on Hard mode from the start, so I have no idea if this even applies to the normal mode, but for the most part the game is really, really easy, except for a few select points which are nigh-impossible. For instance, at one point you have to drive a car away from a crime scene, and two cars full of assholes appear behind you and completely spray your shit with tommy guns. In hard mode, this kills you practically instantaneously, making it ridiculously difficult to escape from. Time and time again the level reloaded, and time and time again I’d die from a single stray tommy gun bullet that happened to hit me, before even making it ten feet away. Eventually I lucked out, but it took a while. At another point in the game you have to kill some asshole and his ten thousand goons, only it gives you no solid cover to hide behind, and of course in hard mode one bullet can and will randomly be enough to kill you, and the asshole is also throwing molotovs at you, which have inconsistent range. Sometimes you’ll be a mile away from the flames and still burn to death, but others you’ll practically be standing in the fire but not get hurt at all. It was a little frustrating.

So yeah, that’s what I thought of Mafia II. I had some pretty decent fun with it. It wasn’t exactly the best thought-out game in terms of its plot, but its setting was good and felt authentic. It was just a very basic game overall.