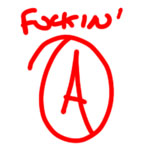 Left 4 Dead is an incredible multiplayer experience, and is even impressive single-player, with relatively smart and helpful AI, on both the Survivor and Infected teams. It’s also a very well put-together game in general.

It’s the only game I’ve played on the 360 whose multiplayer does not lag. It doesn’t lag because Valve are smart, generous, and awesome, and employ the use of dedicated servers – something that ALL multiplayer Xbox 360 games should seriously fucking consider. I AM LOOKING AT YOU GEARS OF WAR 2. FUCK YOU, EPIC.

Lag in Left 4 Dead is practically unheard of. It only happens perhaps once in every ten games, it comes in a short burst that lasts only about a second, and when one person lags, everybody does, so nobody has any advantage or disadvantage because of it. This is the only acceptable kind of lag, although in a perfect world there would be no lag anywhere ever, because everybody would have phat pipes and stop being cheap or living far away from cities. Yeah, so what if I live far from a city? Screw you, my pipes are still probably phatter than yours. But not as fat as yo momma. Burn.

Alright, so we’ve established that Left 4 Dead is fucking awesome for the simple reason that it doesn’t lag, but the game itself is also awesome because it’s incredibly fair and very well balanced. It relies entirely on teamwork. Frankly, you probably won’t be able to play this with random people you find on XBL. You’ll need three friends and you’ll need to learn how to play properly if you want to win. That being said, my friends and I have never played Left 4 Dead to win. We find that we have so much fun playing it regardless of which team is winning that we never really care. That’s exactly what all games should be like online. Fair, no lag, rarely, if ever, frustrating, and always fun to play.

I only have one criticism against Left 4 Dead, and that is that only two of the four acts are playable in online Versus mode. There’s seriously no good reason for this. I’ve heard that the reason for this is that the maps are unbalanced, but frankly I don’t see how that’s really possible, so I’m waiting patiently for Valve to enable online Versus with the two remaining maps. Apparently Valve are working on downloadable content, such as additional acts, another boss Infected and more weapons, so big bonus points for Valve there even if they don’t get the other two acts online just yet.

You might think that playing the same two acts over and over would get boring; on the contrary. There is a huge random factor in Left 4 Dead – not only is every single player different, ensuring that the opposing team will always act differently, but the AI “Director” ensures that each play through is different, based on a number of factors such as your health, number of remaining survivors, items you’re currently carrying, the distance you’ve travelled, how long the chapter is taking you, and so on. Depending on any and all of these things, the Director will spawn items, zombies in varying numbers and at varying locations, the Tank, the Witch, and so on.

Playing as the Infected is hilariously entertaining. You will spawn as any of four boss Infected – The Boomer (a fat, vile creature that vomits on the survivors, attracting potentially vast numbers of zombies to the victim), the Smoker (a lanky zombie whose long tongue can ensnare survivors from afar and pull them away from safety), the Hunter (a fast and agile zombie who pounces on survivors and pins them down while clawing at them) and, rarely, the Tank (a lumbering pile of muscle which can punch survivors great distances, hurl chunks of concrete at them, or throw cars at them). None of these things aren’t fun, and there’s nothing more satisfying than pulling off well-timed, teamwork-reliant attacks on multiple survivors at once with your Infected friends. However, playing as the Survivor team is often just as satisfying when you successfully repel concentrated Infected attacks, or progress further in the chapter than your opposition managed to.

However, playing as the Survivors also fills me with panic and a sense of urgency. As the Infected bosses are weak but infinitely respawn until you either die or complete the chapter, you know that every victory is fleeting, and you’ll soon have another pair of Hunters and a fat, gurgling asshole to get rid of while trying to take as little damage as possible and not get separated from your fellow Survivors, because separation generally results in failure for your entire team. Playing as the Survivors is usually a challenge, but that depends on whether or not your opponents are a good team. If they’re not working well together you can breeze through each chapter without so much as using a single first aid kit.

The game suggests and hints at a lot of background story by way of graffiti left on the walls of the safe rooms by other survivors and things that the four protagonists of the game occasionally say to each other, although it’s focussed on multiplayer rather than plot, so you never really learn any details. I’m hoping that some future downloadable content will provide more story, but it wouldn’t bother me too much if it didn’t. The game is extremely good at what it does, and doesn’t pretend to be anything more than what it is, but the first time you play it you’ll see just how much time and effort Valve have poured into it, and you’ll continue to be impressed every time you play.

I’ve always wanted a game that employs the use of teamwork so well, but I’d almost given up hope that teamwork in a multiplayer game was possible. I’m incredibly impressed by Left 4 Dead and really hope that other developers take notice of Valve’s obvious superiority. I think I’ve rambled a lot in this review, but I genuinely think that Left 4 Dead is an unbelievably well thought-out and balanced game and has fundamentals that should be the basis of any game that includes online multiplayer modes.