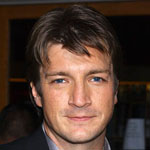 I’m not sure whether or not I should even be reviewing this. I mean, it’s not a game. It just isn’t long enough to be considered a real game. It’s like, two and a half hours long. I could enjoy a demo for longer than that.

That being said, what little of Halo 3: ODST exists is really good. It seems that Bungie were aware that they’d piss off a very large collection of retards if they tried to give Master Chief an actual story and personality, so they made do with what they had and stuck with him for Halo 3, but they probably felt bad about how lifeless their plot and characters were, and wanted to prove that they could do better. Thus, ODST was produced, and it has a multitude of interesting, fun, enjoyable characters, all unique, with really good voice actors, and their own styles.

There’s even a pretty interesting story behind it, and they even show it directly to you and make sure it makes sense, unlike the original three Halo games where nothing really happens and when something does happen it’s specifically designed to not matter and evoke absolutely no emotion, so that the drunk, stoned frat boys can skip all the cutscenes and get back to shootan thangs.

Unfortunately, ODST ends really abruptly, leaving you feeling empty and wanting, not to mention ripped off. Seriously, the game is two and a half hours long at most. It’s pathetic. Come on, Bungie. Can you only maintain a decent story for two and a half hours? Everybody else seems to manage. I guess you were just too worried about frightening away your numb-brained fanbase with too many words, huh? Never mind. Just don’t fuck up Halo Reach.

There’s really nothing more to say. ODST is just Halo 3, but this time you have to find health items instead of just hiding and letting your shield regenerate. The enemies are the same, the weapons are the same, everything is basically the same except for extremely minor changes.