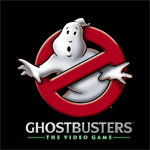 I will not allow you to say negative things about Ghostbusters. I am allowed to say such things, but you must understand that I say them with nothing but love in my heart.

This game was fun. By no means anything special – it’s not exactly challenging and the gameplay all feels pretty standard and doesn’t try anything risky. It’s pretty basic, and doesn’t have any surprises, but that doesn’t mean it’s bad. It’s enjoyable. I’m going to say this in every review until it’s drummed into your thick skulls: Every single game doesn’t need to have new, innovative, different things in it to be good. Go play the classic Mario games. They’re still really enjoyable. Better than most games of today’s standards even. So fuck you, innovation fags. Go eat a dick. I’m serious. Eat a dick and die, and never say the word “innovation” again. The world will be a better place without you. Even terrorists are better people than you.

And right after you die, I want the developers that say “visceral” to die. And you know who can die after that? All the scientologists.

So Ghostbusters is a great experience for any fans of the movies. It has all the original actors providing their voices and faces, as well as writing by Dan Akroyd and Harold Ramis. As a result, the humor is familiar, in a very, very good way. As a result of all this, the game’s very true to the movies.

After the scientologists all die it’d be fantastic if I could personally murder everybody who habitually posts on gamespot.

Using the PKE meter throughout the game is, though simple and not at all a new concept, entertaining, and provides a fun little pass-time for completionists. The items you collect while using it, and the ghosts that you scan, all have fun descriptions. There’s also a weapon upgrade system, and all the weapons have different effects on different ghosts, etc etc yadda yadda. Most of the time though you’ll really just use a couple of select weapons. The combat movement and aiming is frustratingly slow at times, and the ghosts are frustratingly fast, so I’m sure you can see the big problem when those things come together. I guess it makes sense considering your weapon weighs over a hundred pounds and you aren’t an athlete, and ghosts can move fast because, hey, let’s face it, they aren’t real, they can do whatever they want basically.

The game has some unnecessarily long load times, which can be frustrating. Basically, if you ever die, you’ll be treated to almost a minute of the Ghostbusters theme song, because developers STILL HAVEN’T REALIZED THAT THE LEVEL IS ALREADY LOADED, JUST RESET THINGS. RELOADING THE ENTIRE THING IS NOT NECESSARY. I will MURDER YOU. Still, it’s always good to hear the theme song, so that kinda makes up for it.

Ever since Gears of War, every TPS game ever has some form of fall down/get revived by a friend system. As Ghostbusters is a TPS. Can you see where I’m going with this? Yeah, you fall down, the AI people pick you up. You know, sometimes. They’ll really take their time about it, and they’ll probably fall over and give you a game over before they reach you, meaning that your death is simply prolonged a lot of the time, making you literally angry with rage in the process. A lot of the time, they’ll stand right beside you for five seconds and fall over on top of you, which pissed me off to no end because it’s a common occurrence.

Anyway, there’s not much more I can say. I was glad that Alyssa Milano was one of the voice actors in it. She seems to be in the middle of quite a significant comeback lately, which is good, because she’s hot.

In summary, it’s a decent game, it’s true to the movies, it has good voice acting, excellent facial animation, and it’s good for a mindless few days of enjoyment. Try it out or don’t, I doubt anyone cares either way.

Final playtime: Maybe 6 hours or so.