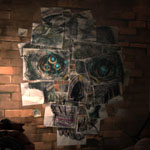 Dang it Renegade, makin’ me look like a chump, all monopolizin’ the entire front page with an assload of reviews. You and your damn dedication to this website, man. Seriously. Fuck you.

Hold up nigga, hold up. B-? Is this actually a good game? And did I play it for over 60 hours and forgot to take screenshots while I was doing it and now I’m gonna have to load up my old save just to quickly snag a few from the spoiler-ridden endgame? Of course, to both of those things I said.

You’ve probably heard of Dishonored because the game industry media wouldn’t shut up about it for like two months straight a little while ago, but for once, it’s deserved praise. But in case you’re one of those intelligent people who actually avoids videogame journalism, I’ll give you a quick introduction. It’s a first-person action game set in a fantasy version of plague-ridden Europe. You play the part of the bodyguard of the empress. She gets killed immediately because you’re like… REALLY super bad at your one job. You spend the rest of the game fucking shit up for the people who killed her. 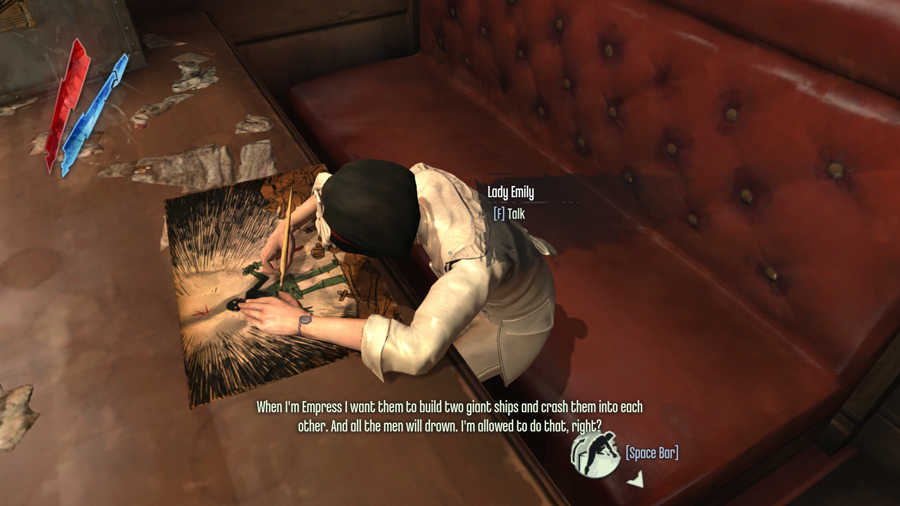 Dishonored is first and foremost a stealth/assassination style of action game. You can play it like a balls-to-the-wall slash and shoot if you like, though. In fact, Dishonored is actually pretty good when it comes down to its options and choices for play style. You can choose to be stealthy or not, or lethal or not, do sidequests for more story exposition or not, and these things genuinely do affect a tangible change in the game. Enemy numbers and locations change, and the more people you kill the more additional enemies you’ll have to deal with. The dialogue is also pretty drastically different depending on how you’re playing, especially towards the end of the game. In my experience it’s fairly rare for a game that touts a dynamic system that changes the game as you play to feel like it’s actually making things change. It gets my props for that. Okay, sure, it’s not like the game changes completely or anything. You’re still in the same places with the same goals. But the way characters behave towards you changes in such a way that everything feels different, and in the last few levels it hits you pretty hard. At least, if you’re doing a non-lethal run followed by a lethal run like I did.

The biggest thing the game has going for it, though, is the setting. The game takes place in the city of Dunwall, which is essentially plague-ridden London except set a little later in history, more during the height of the industrial revolution, and it’s got a lot of steampunk thrown in. Steampunk has been the new hotness for a long time now, but it’s refreshing to see a game do a really good job of making use of it as a theme and blending it well with a setting and story. It feels appropriate and familiar with barely a hint of cliché. 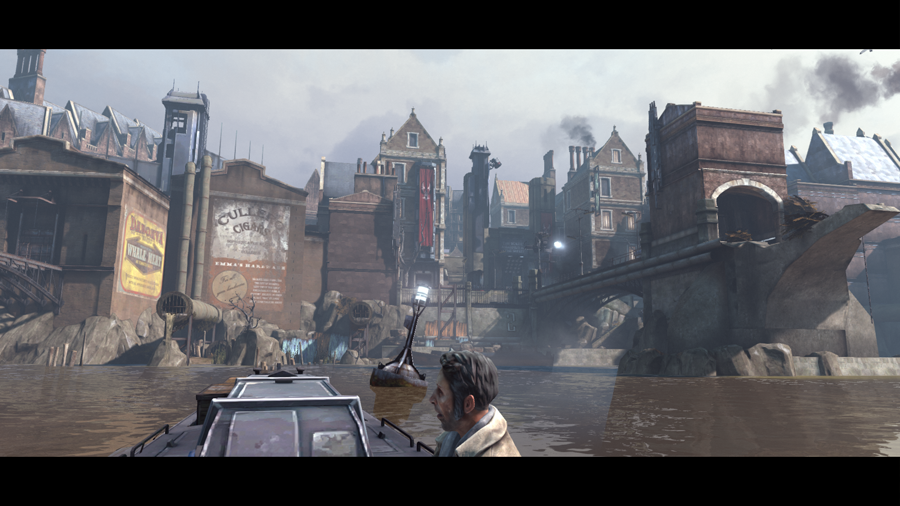 It’s got a good cast of characters to boot, all of which are well voice acted. Dishonored is not lacking in heart and soul. This is the kind of game that sucks you in and makes you care about it.

Dishonored’s visual style is a cel-shaded comic book type that should also feel pretty familiar to anybody who’s played basically anything lately. It’s along the lines of Borderlands and that kind of thing, except with more attention to detail in the environments of the game. The world has plenty of detail and makes good use of light and dark, with nicely detailed textures. It manages to highlight the once-opulent and decadent nature of much of the architecture and decoration of the homes of the upper-class characters of Dunwall, and the decay that’s affected both rich and poor areas in the game on account of the plague that’s causing so much havoc. 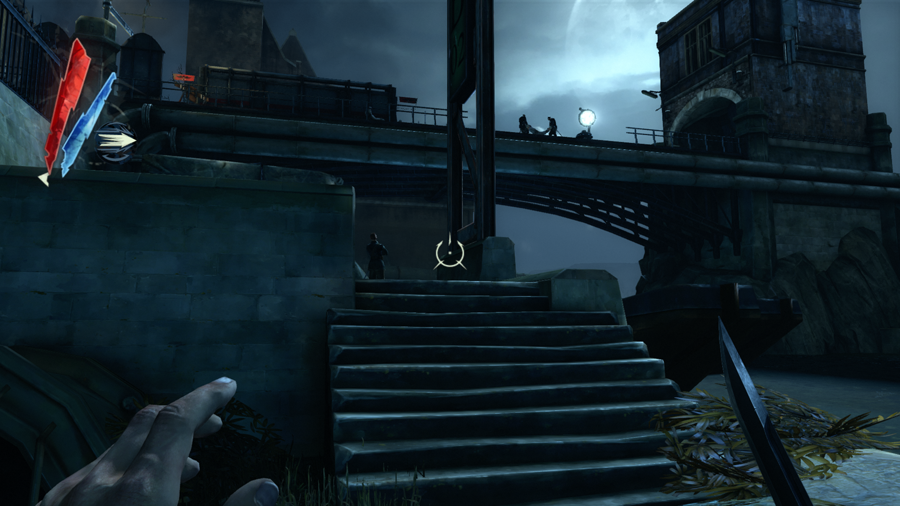 But more important than all of those things is that it’s straight up fun to play. No fucking around here, it’s built on a solid engine and it plays damn well. Movement, aiming, swordplay, gunplay and the powers/abilities all work well together in a way that’s extremely smooth to the point of feeling natural, which is something that’s always been important to me personally in games, especially first person ones. If you play something like this and then follow it up with something like Far Cry 3, the latter will feel like you’re playing it underwater. In a tank. On Jupiter. Dishonored was clearly created and tested by people who give a shit. This is a thing with me. I think a game is only going to be exceptional if the people making it really, genuinely care about what they’re making and want it to be entertaining. Just look at Mass Effect and Assassin’s Creed. I think they had to whip the developers to make them do anything on those series. It’s not funny. They were desperate people who just wanted a job so they could feed their starving families. Even McDonalds didn’t have a place for desperate game developers, so they had to scrape straight through the bottom of the barrel and work for Ubisoft and Bioware. Dishonored, though? That’s made by Arkane Studios. They’re a bunch of people who are in an okay place in life. They still have ideals and dreams. They aren’t broken and jaded yet. As a result they made something pretty cool.

And while I’m vaguely on the subject, those shitty games I mentioned? Both planned trilogies. From the start those companies said “Let’s do something really cheap that will make us an easy profit.” Arkane Studios did not say that. They said “Let’s make a really cool game, that people will enjoy playing.” And as a result, Dishonored is satisfying and self-contained. What leaves you wanting more isn’t some shitty cliffhanger ending, but a simple desire to see more of this world because it’s fucking cool. That’s what happens when a game is created with care and a genuine passion. 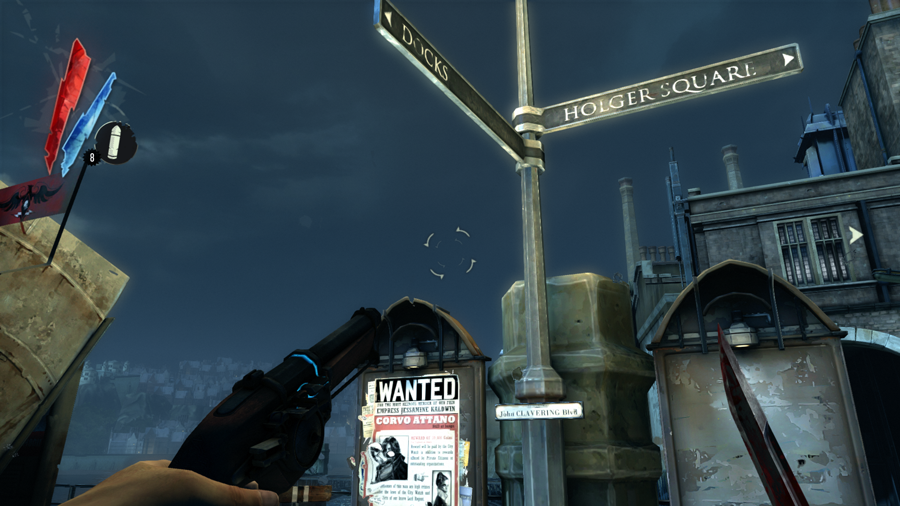 So yeah. I thought Dishonored was fun. I dumped over 60 hours of my life into it without regret. It’s sufficiently challenging, fun to play, filled with intriguing plot and entertaining characters, and set in a cool place that I really hope to see more of. Hell, and I never even got around to the DLC. I’ll bet that’s pretty awesome too.