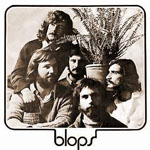 Ahh, Blops. When I first saw the trailer for this game, I thought it looked laughably bad. It looked like some desperate attempt by Treyarch to follow Modern Warfare 2 and one-up Infinity Ward. It had macho commando guys rappelling through windows and over-the-top action sequences and seemed to be a blatant effort in doing flashy shit to impress people. And the trailer made the graphics and physics look tacky as hell in comparison to Modern Warfare 2’s turbo-polished sheen.

But that was then. Now I’ve played it and seen it all first hand, I’ve seen that my first impressions were way off and I’ve been pleasantly surprised. Yes, I still believe it’s got a lot of fluff designed purely to one-up Infinity Ward and outdo Modern Warfare, but at least it’s well-made and enjoyable fluff.

What surprised me initially about the game was that it felt good. I hadn’t particularly enjoyed Treyarch’s last attempt at a Call of Duty, World at War, which to me felt somewhat sluggish, clunky and unpolished in comparison to the Modern Warfare. It wasn’t bad, but it was nothing spectacular. Black Ops, on the other hand, oozes effort.

Treyarch clearly put in the time and thought to make Black Ops a better game than Modern Warfare 2 was. Now, I believe they did this for all the wrong reasons – to try to be better than Infinity Ward rather than to make a really good game and provide people with enjoyment and value for money – but regardless, they have achieved both of those end results. Black Ops is a thoroughly enjoyable experience, both single player and multi player.

To the PC crowd, they returned all the features that Modern Warfare 2 unreasonably and cruelly took away, and to the console guys… well, who cares about those troglodites? Nobody, that’s who. I’m sure it’s a pretty good game on the consoles too though so whatever.

I’ll start by talking about the single player campaign. Now, I have mixed opinions on it. And please be aware that I’m gonna be talking about the story here so there are gonna be spoilers. If you give a shit (which you really shouldn’t to be honest because the plot is absolutely horrendous) stop reading right here, or at least skip this paragraph and the next one. Okay, so, very shortly after the game begins you get a cutscene which reveals that your character is brainwashed and under Russian mind control. He meets with president Kennedy and has a vision of pulling a gun on him, clearly struggling with the commie programming in his soft, human brain. So, you figure out immediately that he’s the guy who assassinated Kennedy (or in the game’s timeline, eventually will be) and that he’s brainwashed. And at the end, the game reveals these facts as if they were some enormous secret surprise twist. Not only that but the game has a song in the middle of it that has lyrics about you killing the Kennedy’s.

But that’s not the “big” twist in the game. See, in the second level, the main character meets a new friend in a scenario that I instantly recognized as Fight Club. You start in a dingy, large room, having a fake fight with a guy that the main character idolizes, surrounded by cheering onlookers. I immediately thought “Hey, it’s like Fight Club. Wouldn’t it be funny if this guy was imaginary.” And then, he was imaginary. They don’t even try to hide it, the guy never once interacts with anybody except the player character, and at several points when you talk to him, other characters ask you what the fuck is up with you. He also has a habit of appearing out of nowhere – like the time you both get captured, and you wake up in a torture camp and later find your imaginary friend in a POW camp fifty miles away, and yet somehow you don’t question how he came to be taken there instead of the same torture camp that you did. Again, at the end the game reveals this as if it’s supposed to be some amazing surprise that’ll blow your mind. Treyarch clearly don’t think highly of their target audience. Then again, I guess their target audience is a bunch of 12 year old 360 players.

Ham-fisted writing and story telling aside, the single player campaign is really, really fun to play. It’s action packed and exciting throughout, and the characters are pretty fucking cool, I’ll admit. Even the imaginary one is a badass. But the coolest character goes and gets himself killed to save your dumb, psychotic ass, which sucks dick. Oh, spoilers again I guess. Whoops. Too bad.

But no, every level seems loaded with badass action, like seeing a huge dude slam an axe into someone’s spine and hurl him ten feet, or using giant catapults to destroy buildings, or stealthily slitting peoples throats in the jungles of ‘nam. Speaking of which, Treyarch is heavy on the gore. They aren’t afraid to show you eyes getting ripped out, and necks all opened up, and limbs flying all around. Brutal and gross as it may sound, it’s actually sort of refreshing to see detailed, bloody animations after spending hours on Modern Warfare seeing bodies suddenly become lifeless and flop to the floor. The kills in Black Ops are significantly more satisfying.

The weapons are cool, and almost universally fun to use, with the exception of a few of the SMGs which have a tiny magazine size, and accuracy comparable to the dreaded Klobb of Goldeneye. There’s also a bunch of ridiculously entertaining new game modes in the form of Wager matches. You put in-game currency on the line for a 6 player game and the top three players at the end of the match get everybody’s money. There are a variety of these game types, most of which I tend to enjoy a lot. One in the Chamber is probably my favorite. It’s a mode where you have a pistol, and one bullet. That bullet will kill anyone it hits, and when you kill someone you obtain a new bullet. You have three lives and it’s your job to get as many kills as you can until everybody is dead. In Gun Game, you have a series of weapons which you need to get kills with. Everybody starts with a Python, and once you get a kill with it you progress to the next weapon. This continues until the 20th and final weapon, a ballistic knife. The first person to get a kill with the ballistic knife wins. All of these wager match games provide a tensity and feeling of desperate struggle which is pretty intense.

But I guess I’ve rambled enough. Black Ops is a damn solid game. Not without flaws, but the flaws are minor. Oh and it gets huge points for being a game other than Halo to FINALLY put in replay movies that you can edit and control and save and distribute. They literally copied the Halo 3 replay editor and that is a VERY good thing. You should not ever give a shit that they “ripped off” Halo or whatever. This is a GOOD THING. Halo did something right, and EVERY GAME should have this feature. It’s a basic right for gamers to have this ability and I’m glad Treyarch have the balls to straight up copy something when they know it’s good.

Oh, I do need to say: Fuck the god damn cutscenes. They’re all unskippable and they play ALL THE TIME and they’re really long. See, you might think cutscenes are fine. And most of the time, they are. In most games, you’ll see a cutscene maybe at the beginning and end of every level. In Blops, you see two cutscenes (at least) at the beginning and end of each level, and if you die, or choose to restart the level, you watch them AGAIN and aren’t allowed to skip them until you’re at least 50% through the cutscene when the skip option becomes available. Also you’re forced to sit through cutscenes any time you Quit the game, or back out of a menu. Hell, the menu itself IS a cutscene.
I’m not saying all cutscenes need to be skippable or whatever. I’m saying THESE cutscenes need to NOT EXIST. Fucking unskippable garbage cutscenes of action shots between MENUS? SCREW you, Treyarch. FUCK you.