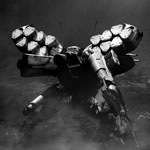 I rented this game because I enjoyed its predecessor, Armored Core 4. The reason I enjoyed Armored Core 4 wasn’t its plot, or necessarily its gameplay, but mainly the fact that it was a gloriously good-looking and relatively fun to play game involving customizable mech-like robots beating the shit out of other mech-like robots.

The same applies to Armored Core For Answer. Its story is a little more coherent than Armored Core 4’s was, and is somewhat easier to follower, but it still has a lot of vague, confusing moments that a casual player like myself just sort of skims over and ultimately ignores. However, the game itself is simply a copy/paste of Armored Core 4. Visually and physically it is the exact same game, with a few minor additions, but a whole new story and all-new missions.

The missions in Armored Core games, at least in 4 and For Answer which are the only Armored Cores I’ve played, tend to be incredibly short. You have a specific task (usually to destroy a facility or another NEXT [that’s what the mech-like robot things are called {fuuuuuuck nested parentheses}, their pilots are known as Lynx and they are essentially mercenaries]) and you achieve that task very quickly, usually in around one minute or so.

This isn’t a negative point, that’s simply how the missions are in these games. They’re a short, specific challenge which often requires you to specialize your NEXT so that it can perform at its absolute best when undertaking the task at hand. You get a rank at the end of each mission (your standard letter grade ranking, A, B, C etc, and S and SS ranks for achieving incredibly good scores in the missions) and your rank is determined based on how much damage you took, how much damage you inflicted on others, how quickly you achieved your goals, how much ammo you used, bonus objectives completed, etc etc. 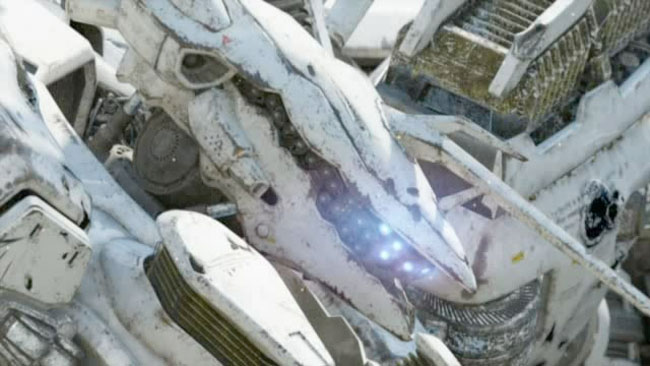 This is a game that’s difficult to master and perfect. Its appeal is that you want to keep coming back to it and further tweaking and customizing your NEXT to flawlessly complete each mission and achieve the best possible ranks for your own satisfaction.

NEXT customization is insane. And I don’t use that word lightly. After looking at Armored Core forums I can see that the only people who truly know the system have actually gone insane during their time learning it (although all of them were headed that way anyway). It’s impossible for me to describe just how deep the NEXT customization is because I simply didn’t have the patience to learn about any of it. I think it’s a four year university course.

I’ll start with the basics. Every NEXT has a head, a body, arms, and legs. Or if you don’t want legs, you can replace them with a tank. With me so far? If you are, you shouldn’t be proud of yourself, because that’s the easy part. If I’ve already lost you, I would advise that consult your doctor before reading the next few paragraphs. 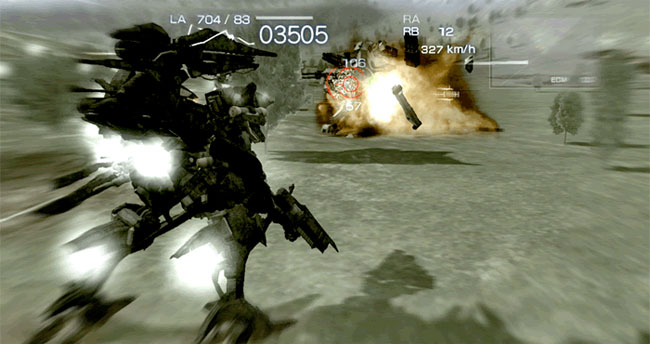 Alright, so, these NEXTs need something to power them so they can move around and fly and stuff. So you need a generator to generate energy. The game had all kinds of terms in it… Like AP, and KP, and EP… These applied to some bars that wear down when you fly/boost etc and recharge when you stand still. I have NO IDEA what they stand for, and I have no idea which one is which. This does not matter. Simply know that there are terms and there are bars and they do things which are sometimes bad and sometimes good. It is difficult to tell which is which at any given moment. Anyway, so generators do something. I think the generator’s main thing is that it determines how much energy you have and how quickly it regenerates.

Now, the things that use that energy. You’ve got a main thruster. That’s for your general flying around. You’ve got some side boosters which help you do these quick emergency thrusts in all directions. All of these things use different kinds of energy in different ways and at different rates. You can get really efficient ones – those mean you generally move slow, but your bar doesn’t wear down as fast, meaning you can fly for longer, but you’re slower. Or you can get gas guzzlers which let you move super fast but you’ll run out of juice faster and have to stop and let it recharge. I don’t know for sure on any of these things, I must stress that I am totally guessing all of this.

Okay, so those are your basic, main things. You’ve then got a targeting processor that determines how fast you lock onto enemies, at what distance you can lock onto your enemies, etc. It also uses energy somehow I think. And there’s plenty more that I’ve forgotten.

Then there’s weapons. You’ve got weapons for your left arm and right arm, left back and right back, and shoulders. You’ve got pistols, machine guns, lasers, sniper rifles, missile launchers, grenade launchers, radar devices, giant energy swords, and countless others.

Now, all of the parts I’ve mentioned, the head, the body, the arms, legs, targeting chip, boosters, generators, thrusters, the weapons, the sidearms etc etc etc, they each have different stats on them, such as how much energy they use and how heavy they are and how much output they give and so on there are like twenty to fifty alternatives for each and every part. I’m not kidding. There are probably hundreds of weapons in the game.

But okay, okay. Right now you’re probably thinking “man this game sounds complicated”, and you would be dead fucking wrong. That shit ain’t nothing. Not compared to the stabilizers and the tuning.

See, I hadn’t mentioned the stabilizers yet. Stabilizers affect how your NEXT handles. You can attach about two to four different stabilizers to each part of your NEXT’s body (i.e. the head, torso, arms and legs etc can each have a whole bunch of stabilizers on them). Each stabilizer offers different degrees of tuning. Or something. I honestly don’t know. I saw the tuning menu and was just like “No.” and I backed out immediately and didn’t even try to learn how to use it. But basically you can tweak the holy hell out of your NEXT and make it handle completely differently.

But you don’t have to. If you’re a casual player, you can just build one with the basic parts that you think look cool, and just stick some nice guns on it, paint it up right nice and go to town. That’s basically what I did. Every now and then though, a mission proves particularly challenging and you’ll have to really give your NEXT an overhaul. I LOVED doing this. The entire customization system is the game’s true asset. Yes, it’s ridiculously deep and complex and you will probably never understand it in its entirety, but putting some different legs on your NEXT and switching out some gatling guns for a pair of enormous sniper rifles in order to more effectively eliminate a difficult target can be extremely satisfying.

Okay, my apologies for this review being so long. I’m going to summarize my thoughts on it in this final paragraph. The game’s story is interesting, but at times can be difficult to follow. The missions are short, but entertaining, and require you to develop tactics and customize your NEXT in order to complete the mission effectively. In addition to the missions the game has “order” matches where you get to have one-on-one fights with other NEXTs until you become rank #1. Order matches are a fun and sometimes fairly challenging addition to the game. Beating order matches lets you unlock more NEXT parts and specifications and emblems with which you can decorate your NEXT. NEXT customization is almost indescribably deep and complex, giving a more hardcore player countless hours of refining and testing, but a casual player can still get by just fine without having to learn all of its subtleties, but it may be somewhat daunting at times. 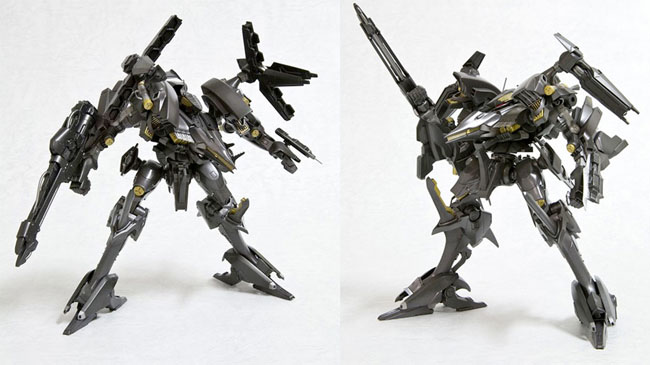 That’s the gist of it. It’s a pretty decent game. It does seem to be lacking a little something, though. I guess I’d probably like it more if it provided more focus on plot and character development and had longer missions, but I do understand that the short missions are kind of necessary for the type of game it is.

Final playtime: 15 hours or so.

Note: I was torn between giving this game a C+ or a B-. I feel in a lot of ways it does deserve a higher grade, because the game handles very nicely and just offers such a deep amount of choice in the missions and its customization, both of which are features that I hold in high esteem in games that implement such things so well, however, Armored Core For Answer just seems to be lacking a few things that I think it could benefit from, such as a deeper and more compelling story and more information about the characters and their relationships. Things like that, in my opinion, really help to give a game “soul”, for lack of a better term, and help to really immerse you in its setting.