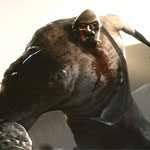 Oh fuck, it’s here! I have been waiting so long to finally get a taste of Left 4 Dead 2, and it tastes good. But here’s an FYI: You’re all gonna die screaming.

When Left 4 Dead 2 was first announced, I thought it was a little soon, but I had high hopes regardless, because I trust Valve to deliver. WHERE THE FUCK IS HALF-LIFE 2: EPISODE 3, VALVE? WHERE THE FUCK IS IT? IT’S BEEN 2 GOD DAMN YEARS. YOU SAID EPISODIC CONTENT WOULD BE FAST.

Ahem. Sorry. As I was saying, I trusted Valve to make good on Left 4 Dead 2. Yes, it’s a little soon after Left 4 Dead, but dammit if they ain’t made hell of changes. Things look nicer – pretty significantly nicer. I don’t know how they managed it, really, but it’s like they’ve slathered a whole extra layer of nice on top of everything. The weapons in particular look fantastic. The zombies have improved greatly too, and there’s an incredibly wide range of them. The sounds are now much better, too – the music and special effects.

A lot of the improvements are aesthetic, I’ll admit, but there are also several significant improvements to the gameplay itself, and a lot more variety in strategy, mainly due to the fact that there are some new special infected. Regardless, the game is familiar and as such you’ll be comfortable with it.

My friends and I played the demo for literally seven straight hours and we didn’t get bored. We beat it on Expert after several attempts, and were laughing the entire time. It goes without saying that if we had his much fun with a 20 minute long demo, the full game is going to blow our minds.

As a side note, I was pleasantly surprised to find a jukebox in he demo which plays Jonathan Coulton’s “RE: Your Brains”, which happens to summon a horde of zombies just as the chorus starts.