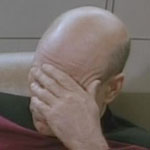 I’d like to take some time to just jot down some of my thoughts regarding inFamous that didn’t make it into my review. Be aware that this contains many, many spoilers, retarded and nonsensical though they may be.

Several of the game’s plot points were incredibly easy to predict right off the bat – such as the best friend character being a bumbling idiot who will eventually betray you. I was kinda disappointed that my prediction here came true. For once I’d love a game to have some reliable support characters. In this case the only things I could rely on from the very beginning were my notions that I would be fucked from every angle by every single support character throughout the game. This seems to be somewhat of a staple of the genre.

The girlfriend character is an enormous bitch whether you’re playing Heroic or Evil. I have no reason to feel anything or care about her in any way. If some dude kidnaps her? I do not give a shit. Honestly, the only reason I rescued her is because I had to in order to progress with the story. I honestly think it should have been optional. It’s not like she plays any part whatsoever in the game.

If you bother to collect the dead drops (and you have no excuse for not finding them, as the fucking radar points them out to you whenever you’re within a mile of one) and listen to anything Sasha says, then it’s obvious that the protagonist and antagonist of the game are one and the same. Hell, one boss even says “You and Kessler are one and the same”. Although, I admit that I didn’t consider time travel as the reason for this when I initially played; I just assumed the ray sphere had fucked up some proverbial shit, so to speak.

Those were just some small rants I didn’t feel really had any place in my review, as they don’t really affect the game’s playability, they simply bother those of us who possess a shred of common sense. My main issue is with the game’s shallow morality system.

My initial play through the game, I went with the Heroic options all the way (except I chose to save Trish rather than the 6 doctors late in the game, which was apparently the evil choice, because anyone who saves their loved ones in a time of crisis is clearly in league with Hitler and feeds on the blood of infants).

Heroic mode made sense enough, until the ending. That was when things fell apart. It seemed like the writers were desperate to make people go “Whooaaaaaaaa…… Mind fuck….” and they assumed the only way to confuse PS3 players (Note: Not a difficult task) was to involve time travel and an “IT WAS YOU THE ENTIRE TIME” message.

Let me just explain further. You are Cole, the protagonist. The antagonist is called Kessler (I’m amazed they didn’t call him Eloc). Kessler and Cole are the same person. Cole has super powers. Kessler is the leader of an organization that seeks to use the Ray Sphere to give people super powers. In particular, to give Cole super powers. They succeed and Cole becomes a superhero. Things may get a little confusing here.

In Kessler’s timeline, someone with super powers becomes a monster. A terrible super being that murders countless people and rains destruction upon the world. Kessler is of course Cole, and has powers somehow too. Instead of fighting, he flees with his family, and uses all his power to send himself back in time to mold Cole into a hero capable of stopping the monster. In order to do this, he seeks out Cole, gives him fucking super powers, and then fucking tortures him throughout the entire game by killing his loved ones and terrorizing the god damn city.

Seems to me it woulda made more sense to just give Cole all the information off the bat and maybe, y’know, HELP him?

I don’t even know what to say about it. It’s honestly mind-boggling, and not in a good way, but in an entirely stupid way that makes not a single ounce of sense; common, scientific, or otherwise.

But okay, now onto the game’s namesake – its “Infamous” mode. It’s basically no different from Heroic mode, except your electricity is red instead of blue, and you kill the police instead of the gangs… Except you still kill the gangs, because the game isn’t deep enough to allow you to side with them and be their ally, except in a couple of meaningless sidequests, in which you slaughter police alongside them. But the game’s main missions are no different, and are all inherently heroic. You work with the police to save innocent lives and clean the streets of gang members, except this time the game invariably gives you evil points because it can see you’re trying your hardest to be an asshole in your free time outside of missions.

Just… what the fuck? I’m now doing heroic things (albeit begrudgingly) and it’s giving me evil points for saving innocents and defeating bad guys. The game’s plot is EXACTLY the same whether you’re playing good or bad, and there are no differences whatsoever in the missions. The changes to the dialogue are incredibly minor and meaningless, as nothing actually changes. It’s disturbingly obvious that the developers assumed people would only play one mode and never replay the game (despite the fact that upon completion the game asks you to replay it).

A prime example of Heroic/Infamous styles of play not making a single bit of difference is the mission where you have to destroy balloons that are infecting people with Sasha’s mind control substance. When playing Heroic, Sasha gets pissed at you and tells you that if you’d taken her side, she could control all the people who are going crazy and help you. When you play Infamous, she apologizes because she can’t control them, meaning the only change is a couple lines of dialogue. This same thing applies to every other mission in the game. The outcomes are always the same, good or evil, meaning that the morality system is entirely meaningless. Actually, meaningless is the wrong word – impotent feels more accurate.

One incredibly short sighted decision by the game’s developers is that you have to be 100% evil or 100% heroic in order to even unlock the higher tier abilities. If you wanted to maintain neutrality, you would only ever be able to use your base abilities. This further dilutes the morality system, proving that you have no actual freedom of how to play when it comes to the morality system. The game would have been much better off without it.

Having said all of this, I still wish to point out that none of this negatively affects the gameplay, and everything I said in my review still stands, and I believe the game deserves the B- grade I gave it as it’s fun to play and (story excluded) it’s been well put together, and that’s all that really matters at the end of the day.

P.S. I have serious doubts about the structural integrity of a hundred story high tower constructed from garbage and neon signs from the evidently prestigious, if gaudy, “Club Bar”.