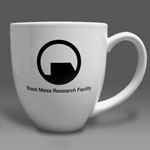 I gotta say, Valve are awesome. They’ve produced some incredible games, and they’re set to keep on producing them. I mean, look at Left 4 Dead. That shit will be off the hook.

When it comes to Valve, I’m a huge fanboy. I was hooked on Valve games since Half-Life and I will happily give them my bank account until they stop making games. I’ve already amassed a pretty large collection of merchandise from the Valve store and every now and then I start to add to it.

Okay so onto reasons why they’re awesome. They’re setting up dedicated servers for the 360 version of Left 4 Dead. That’s so awesome I can’t even begin to describe it with words. Not even orgasmic moans would come close to expressing my sheer respect and admiration for their decision on that.

I will say the whole Half-Life 2 episodic thing sucks though. I mean, jesus christ guys, I appreciate that you make each episode really good and take the time testing it. I really do. But these tiny five-hour episodic games are taking you like a year to make, and you already have a solid engine and all the character models! What could possibly be taking so long?

Ah whatever. I’ma go buy a Black Mesa mug and Hunter plushie. And maybe some t-shirts. And posters. Maybe one of those Aperture parking permits.