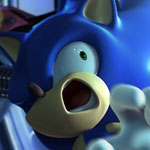 I’ve insisted from the beginning that Sonic the Hedgehog 4 would suck – The Sonic cycle will not be broken, it’s much too late for that. Sega have dug their grave so deep that they will never escape it.

Sega have habitually missed the point with this new game. Fans have been begging for years for Sega to just give up with their stupid bullshit and just go back to making games like the Genesis Sonic games. Finally, after receiving bad review after bad review and making no money whatsoever, they realized the fans have been right all along and that they should make a game that goes back to Sonic’s Genesis roots.

But, somehow, it’s looking as though they’re going to mess it up once more.

My first clue was in the name. The fans have been begging them to name it Sonic the Hedgehog 4. Sega took the hint and delivered – but there was a catch. I think I can explain this best with a series of images that should show you my reaction upon learning the name. 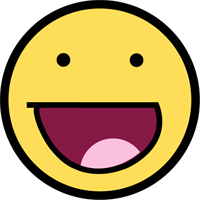 What the HELL people. This is supposed to be a simple, basic Sonic game, the likes of which we’ve seen before on the Genesis. There should be no need to make it episodic. What are you trying to pull here? This suggests to me that the game will be much too small, much too expensive, and will have several much too small, much too expensive successors when it should simply be one, single game of decent length for a fair price. Obviously, shenanigans are occurring here.

Now, this doesn’t mean the game will be bad, it just means some unnecessary bullshit is going down. No big deal. At least we’ll finally have a real sequel to Sonic 3 & Knuckles! the story will continue from where it was abandoned so long ago, and Sonic, Tails and Knuckles will once again face off against Robotnik!

Oh no wait. They’re calling him Eggman. And oh no wait. Tails and Knuckles aren’t in it.

They also claim to be making the game about “speed”, because misinformed, ignorant, foolish, loud Sonic “fans” claim this is what the Genesis Sonic games were about. These people are wrong, and because of their loud noises, they’ve quite probably ruined what could have been a decent revival of the series. The Sonic games were NEVER about speed. Yes, Sonic can run fast, but it’s not the point. The games were about superb, fun, challenging level design. Hell, they often PUNISHED speed by laying traps for those who would rush through too fast.

Anyway, that’s all I have to say about this nonsense. I have my doubts – I’m hoping Sega will surprise me and break the cycle, but it’s looking very unlikely at this point. Oh, and for a video of what Sonic 4 is going to be (Hint: Play Sonic 2 and you’ll know everything about it) go here.