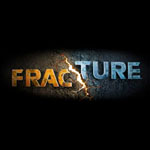 I wasn’t expecting much at all from Fracture. After seeing a few videos and reading about it I assumed that it would be just another game with a gimmick that makes it a little bit different from every other game that’s otherwise exactly the same as it. I guess in some ways I was pretty much on the ball with that assumption, but Fracture surprised me and I actually really enjoyed the demo.

In terms of how it plays, it’s a pretty standard over-the-shoulder third person shooter. The controls are what you’d expect and it feels familiar. It’s easy to pick it up and get used to it quite quickly. This is something that I find a lot of similar games fail at, as they can often feel clunky or slow, or the characters won’t quite respond the way you were expecting and it makes it hard to pull off more precision movements.

This isn’t the case with Fracture. Every movement feels right, every jump lands where you expect it to, every turn directs the character where you intended to direct him. The running speed feels dead on and the sprinting works well and is easy to control.

The handful of weapons you get to mess around with in the demo are pretty fun. Some are the sort of weapons you’d expect in a shooter – you have your standard issue assault rifle and there’s also a sniper rifle and rocket launcher. The demo also shows off a couple of weapons that aren’t in your usual shooter arsenal, such as a sticky grenade launcher that can plant several grenades which you can then detonate whenever you choose, and the torpedo bomb which fires an explosive that travels underground and then detonates on your command. The demo also seems to suggest there will be Alliance and Pacifican versions of some of the weapons, and there will no doubt be more unique weapons in the full game.

The game’s much touted terrain deformation is better than I was expecting it to be. Usually the developers of games like Fracture will proudly claim that their unique feature is some sort of amazing breakthrough and that no game will ever be the same again, but then it turns out to suck and everyone feels like a chump for believing them. I think Fracture‘s terrain fuckery will actually be pretty cool and will certainly make multiplayer games interesting.

The destructible environments, buildings and objects in the game seem to be fairly impressive. It’s not over the top like Mercenaries 2, which involves blowing up everything to proceed. Rather, Fracture seems to let you blow up certain key things here and there. I’m anticipating that the blowing up of shit will actually be optional in Fracture, rather than a necessity, although I can’t say for certain as you don’t get to do too much of it in the demo, and it’s a controlled aspect of the tutorial section.

The model animation is great and looks believable and natural. The graphics are, in general, good. I think that the scenery and the characters’ costumes / uniforms in particular stand out the most. The game’s overall style and appearance reminded me a lot of Mass Effect (and that’s neither a criticism or a compliment, simply an observation).

I’ve already said way too much about a ten minute demo. I’ll be sure to give the full game a try when it’s out and review it as and when I’m able.