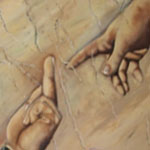 I’ve been gone a long time. And I’ve seen some shit. But I’m back now and it’s time to kick it up a notch.

So, my sincerest apologies to our two remaining visitors who have probably now abandoned us and lost all hope and forgotten this site exists. I ain’t been around. Ain’t been pullin’ my weight. Left all the reviewing to Renegade, and he held the fort best he could, but without me here there was nobody to cover the mainstream bullshit that he doesn’t bother himself with, so content has been lacking this past year. Or two. Shit. Yeah, sorry.

I have no excuse, I just got distracted and bored and lost focus. I moved to Chicago from England in 2012 and things got hectic. I got a bigger job that requires more of my time, started making bank and went all Hollywood. But like I said, no excuse. I coulda made time, I just didn’t because I was lazy. But I’m settling back down now, I’ve found my groove and I’m making time now. I’ll be doing my best to review more games, and I also have plans to re-do the site again and bring it into 2014. Maybe install one of those car mirror christmas tree smelling things to class it up a bit.

I wanted to add some more features to the site and do a few more things. Specifically, I’ve always wanted to do Let’s Plays, but in all honesty, I don’t have the charisma. I see the kind of amazing work that Chip and Ironicus do on the regular, and it inspires me to try something similar. I have the capabilities and the resources, but I know in my heart I could never pull it off with the same sharp humor and provide constant entertainment to people. Plus, it ain’t Renegade’s thing, and I’d hate to do it without my partner in crime and there’s nobody else that can fill his shoes, so sadly I doubt Let’s Plays will ever be a thing. At best, I could maybe do a screenshot LP once in a while or something. I dunno. I guess if people are still reading this, let me know if you’d be into that.

I want to do more guides also. That was the bread and butter that got this site off the ground and earned us most of our visitors. But if I’m brutally honest, I have no desire to put out guides for most games. I can only find the energy when it’s a game I truly love, and I think Renegade is in the same boat on that one, and that really shows in the guides he’s put out. I mean, the effort that went into his Bayonetta guide finding all that shit on his own, or the XS guide for Trauma Center. Holy shit the amount he put himself through to help maybe ten people on the internet. That’s some passion right there.

And we need that passion to find the energy to make the effort when it comes to big projects. Video editing takes time, hardware, and then even more time. When we do things, we want to do them right. When I put a video together, I painstakingly go over every damn clip and scene to make sure it accurately portrays locations, situations, time, chapter, act, level, whatever, and then I make sure every single cut and scene change looks nice. It’s got to be professional and high quality, because I’m putting me into this and then pride comes into it. If I’m gonna make something, it’s gonna be the best something available.

So yeah, that’s why big projects are rare, at least for me. I can’t speak for Renegade but it’s probably similar for him. I haven’t really loved anything in a long time, so I haven’t made any guides. That’s just the way it is. But that’ll change, I hope. I picked up a PS4 recently, and there’s a lot of stuff on the horizon that I’m really looking forward to, so I’m gonna do my best to find the time and energy to put some stuff out.

So there’s my series of excuses and half-assed apologies. Keep an eye out though. I’m gonna be pulling my weight around here again and hopefully I can give you something good.

Oh and remember that whole thing a couple months back about that dumb cunt that was sleeping with videogame journalists for good reviews or whatever? Yeah. I wanted to weigh in on that with a big fucking “I TOLD YOU SO” because I’ve been hatin’ on videogame journalism for pretty much ever and ain’t nobody listen to ME! I guess if I had tits and slept with the entire staff of IGN to get attention maybe someone would give a shit. But yeah, that shit is why I made this website. To have an unbiased place where I can spit hot truth and ain’t nobody can step to me. And I’m back, bitches.