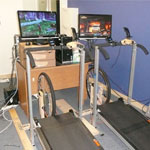 Getting healthy while playing video games is a dream for some, but a nightmare for others. It’s something Nintendo’s successfully tried to cash in on with Wii Fit, but if you really want to get thin, you need treadmills, exercise bikes, rowing machines. Maybe a jog outside in the fresh air once in a while.

I’m in two minds when it comes to this sort of thing. Obviously, this is just some stupid experiment carried out by a pair of wig-wearing, plastic sword-toting, MMO-playing freaks, but surely this would be a huge moneymaker for companies like Blizzard. 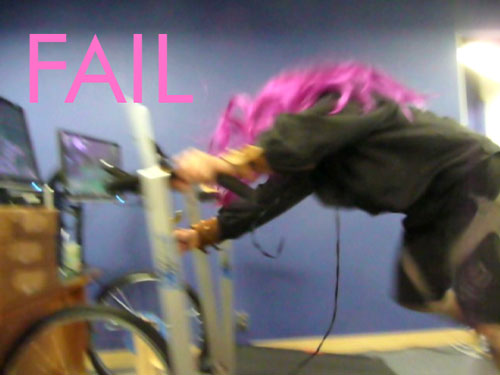 I mean, games like WoW are essentially sweatshops, right? You slave away at some meaningless quest, kill the same monsters over and over for meaningless items, which you then sell for some meaningless fake gold. All of this consumes days, weeks and months of your life. And you’re actually paying them so that you can go through all that shit. My point is that the players of these games must be masochists of the highest caliber, and if you’re gonna slave, you may as well get healthy doing it. By actually selling something like this, Blizzard could keep its players alive longer, and therefore playing and paying for longer!

Come on, Blizzard. You’re bound to be able to sell this with a ridiculously high price to some hopelessly pathetic losers.