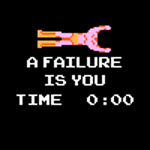 Remember when you’re a kid, and you have a plastic bag, and you’re like, “man, I bet I could use this as a parachute!” so you jump off the top of your slide with it or something, and it doesn’t work, and you’re all like “Damn. That would have been cool. Oh well.”?

Well some idiot kid thought it’d be a fuckin’ sweet idea to leap off a multi story apartment building while holding a plastic bag and fell to his death.

Just stop. Blame this on bad parenting and a lack of common sense. The kid’s mom was at the store and wasn’t supervising the kid. And the kid thought he could survive jumping off a building. Video games are in no way involved with this at all, so shut the fuck up.

Y’know what? I have no fucking sympathy. The kid was stupid, and he’s done the world a favor by removing himself from the gene pool.