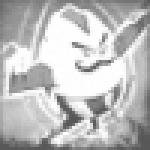 The cast and setting are too different. It’s too soon and will split the community. Coach’s fashion sense is laughable at best. These are some of the negative thoughts you may have had about Left 4 Dead 2. And now I’m going to show you why these are unfounded.

Yes. Like a god falling upon us from Mount Olympus, Moustachio has fallen right from heaven and into a leaked list of the Left 4 Dead 2 achievements.

He is, quite simply, the best thing Valve has ever done. Those eyebrows! That pinache! And of course, that stout-hearted moustache at the center of it all. One look at his visage will send you reeling, not in pain, but in pleasure. His presence urges, nay demands the purchase of Left 4 Dead 2.

If you’re skeptical of this, don’t worry, I understand. You may be thinking, “What does this Moustafa have to do with a game about zombies?” In response, I would first point out that his name is Moustachio and that you have a chili stain on your shirt. But then I would tell you that this Adonis of gaming has everything to do with zombies.

Think about it, what are zombies? Horrifying ugly (and terrible bakers, but that’s for another article). Yet, we are used to these zombies and their grime encrusted stares, not only from the previous Left 4 Dead but from general media we’ve seen throughout our lives. So what would make your run-of-the-mill zombie more frightening? Put him next to a body of perfection like Moustachio. The contrast, so stark! So disgusting! Yes, by putting these beasts next to our hero, they are more terrifying, and indeed, look uglier than ever.

“But Wiggy!” you say, still ignoring that ever-more-infuriating chili stain. “If this Pistachio is so great, why isn’t Valve giving him more exposure in the promotional materials?”

I would then tell you that Valve wants to keep Moustachio secret for a reason. If they release screenshots of Moustachio, their plan is ruined! If you can just look at Moustachio whenever you want, on your desktop, or perhaps tatooed to your abdomen, then where is the incentive to buy Left 4 Dead 2? Yes, they are keeping this beautiful knight under wraps, knowing that you will have a burning desire to pick up Left 4 Dead 2 just to catch a rare glimpse of the one and only Moustachio.

And then I would punch you because of that god damn chili stain.