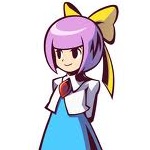 Final verdict: B+
Final playtime: Who the fuck knows.

So, been a while. But hey, you can’t blame me. It ain’t my fault that I’m busy as a mother fucker lately, and it especially ain’t my fault that games are so shit lately that they’re not even worth my time or money just to make fun of them. So whadda we got this time? A somewhat obscure game called Ghost Trick: Phantom Detective. It’s saved from complete obscurity though by the fact that it’s got the name of the creator of Ace Attorney behind it. So that gives it some clout. The same cannot be said of the travesty that is the new DMC. That…thing… doesn’t exist to me. Yeah, that’s right, I just came off watching the embarrassment that was E3 last week and I’m pissed at the sorry state of affairs gaming has gotten into so I’m complaining about things that don’t even have anything to do with the review. What are you gonna do about it? Bitch. Yeah that’s what I thought. Get outta here.

I mean not like gaming wasn’t complete shit before, but now it’s somehow gotten even SHITTIER. Oh yeah, you better believe it. I know it’s hard to believe but I’m telling you the truth here. It’s saying something that Nintendo might’ve had the best conference when you consider what a huge snorefest it was. Not content with the recent launch of their extremely expensive paperweight known as the 3DS, which by the way I literally bought when it came out and haven’t had a use for it all these months (don’t worry though, I only bought it for Devil Survivor Overclocked, I don’t actually make it a point to buy things that I don’t plan to use), they’re now replacing their completely useless Wii gimmick with something even MORE laughable. This is a shitty controller with a screen that lets you play the game on it, with the ACTUAL selling point that now you can keep playing on the little screen whenever someone wants to watch something else on the TV. Are you fucking kidding me? When in the FUCK does a situation like that ever happen? I’ll tell you when. Never. The day some bitch dares change the channel on my fucking TV when I’m playing something is the day I kick her out of my god damn house. Last thing I need is some uppity ass bitch thinking she owns the place. Besides, these days everyone has at least 3 TVs, making Nintendo’s scenario even more retarded.

But anyway enough o’ that. This IS a review you know. Thankfully, despite the depressing state gaming finds itself in, there are still some mavericks out there (few and far between though they may be) that fight against the tide of shit and make cool games like Ghost Trick. So what can I tell you about Ghost Trick? Well, it’s a lot like Ace Attorney, so if you liked those games, you’ll probably also like this one, and if you hated those games then you’ll hate this one too.

Basically, you’re some dude who died and somehow turned into a ghost with special powers of the dead and can’t remember shit about who you are or who killed you or anything. You can move your soul to inhabit inanimate objects and manipulate them, which is called a Ghost Trick. Like for example you can inhabit a guitar and strum it, or inhabit a fridge and open it, or turn on a light, shit like that. But most importantly you can inhabit the body of a person who just died in the last 24 hours and rewind time back to 4 minutes before their death and try to use your ghost tricks to change their fate. These sequences make up the bulk of the gameplay. So you can watch a person’s last 4 minutes of their life unfold as many times as you want and try different things to change outcomes. You can stop time while moving from object to object but other than that everything’s happening in real time so you often have to time your ghost tricks properly.

For example, in the first one there’s this girl who finds your body, but then a hitman finds her and kills her, so you rewind time and try different things to save her. Like you inhabit a railroad stopsign that’s beside the hitman, and you make it raise and knock the gun off his hands before he can fire. So the girl runs when he drops the gun, but he just picks it up and runs after her again. So then you strum on a guitar to distract him and he gets startled thinking he’s been spotted and shoots it. But it doesn’t do anything much either and he still ends up shooting and killing her, so you have to try again. All the while your character keeps the information he collects so sometimes you’ll learn something new which can be helpful to know for the next time you rewind.

So that’s the gameplay in a nutshell and it’s kind of a cool concept, but let’s be real here. I said this game is just like Ace Attorney and I meant it. Just like Ace Attorney, the gameplay in Ghost Trick is extremely simplistic, very bare-bones, almost an afterthought, making the game feel more like a visual novel than an actual game. Of course, there isn’t necessarily anything wrong with this. Now I know what you’re saying: “Nigger why you playing these gayass visual novels instead of real games, what happened to you!” To which I say fuck you. Ace Attorney and Ghost Trick are far better than the garbage that’s been coming out these days. All these LA Noires and InFamous 2s and Fable 3s aren’t even worth my precious time. I think Shepton was playing LA Noire so maybe he’ll indulge you with a review of that at some point. ‘cause I sure as shit won’t.

But where was I? Oh yeah, believe it or not, a game doesn’t actually need amazing gameplay to be good (although I will say that the gameplay can’t be outright BAD). It only needs to be fun. How it goes about achieving that doesn’t really matter as long as it does. The main problem with the Ghost Trick sequences is that the objects that you can actually inhabit are very limited, and there’s only ONE thing that you can do to each item. Hell, sometimes you can’t even do anything at all to them. Which means that the puzzles are usually too easy to solve simply by trying a ghost trick on every item in the place and seeing what happens, after which it becomes pretty obvious what you’re supposed to do. I never had to think particularly hard to solve a puzzle, so if they can remedy that, it would definitely make the game better.

But hey, it’s all good. Because the main draw in this game is the story, which I will say is very well done and kept me interested all the way through. You can easily notice Ghost Trick’s ties to Ace Attorney, as the style of storytelling, dialogue and characters is very similar. You know what I mean, characters that tend to be larger than life with a high propensity for weird individual quirks, whether it be in their speech or just the general way they conduct themselves. Or for example your “assistant” saying something dumb/outlandish/eccentric followed by the straight man protagonist saying something snarky/sarcastic/facepalming is always a staple. Hell, even the music is a very, very similar style, which is a good thing because it’s always been great.

Anyway so that’s the deal with this game. Don’t be a faggot and buy it, it’s great. Ahh fuck it, it’s impossible for a game like this to sell well. And that’s sad. Even Ace Attorney Investigations sold so bad that they’re not releasing the second one outside Japan (although I still haven’t lost hope). Ghost Trick most likely isn’t even gonna sell close to THAT. Fuck the world.

Final Playtime: Fucked if I know.