Ok, I guess I’m about done with Wario Land here. Overall it was a pretty decent game. Not good, not bad, just decent. The first thing you might notice when you start the game is that woah, it has nice animated cutscenes! Well, sorry to break it to you but that’s the only animated cutscene you’ll see until you beat the game. I really was expecting more of them but oh well. The in-game graphics still retain the nice animated look, so that’s good.

The story’s the same as always. Wario needs to get treasure. But now there’s a queen or something you have to save? Honestly who cares. Certainly not me. And certainly not Wario. He makes the whole princess saving thing a bit less cliche by the way he just tosses her to the side once he saves her and just goes for the money instead. 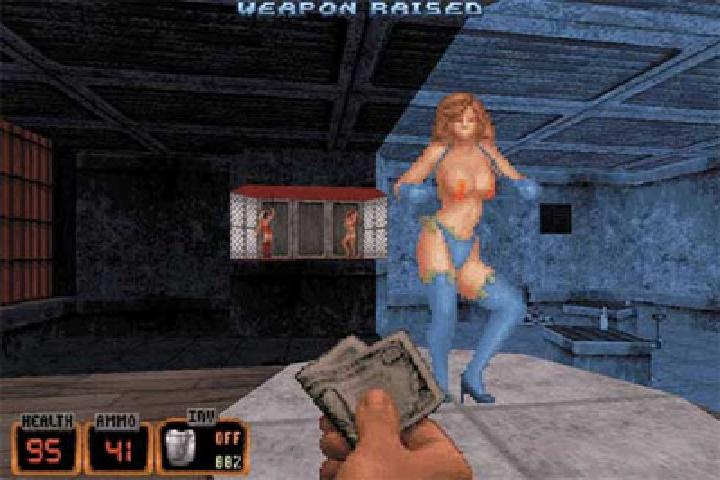 Now a major theme in this game is, uh…shaking. It’s in the title, it’s the name of the final boss, the name of the universe, it’s fucking everywhere. After all. Why bother making a good game when you can just have a stupid gimmick instead? It’s the Nintendo way! As you probably know, the stupid gimmick in this game is shaking the controller. To kill enemies, shake the controller. To pound the ground, shake. To get money, shake. To save imprisoned birdie things, shake. And god dammit does it get old. I can take shaking the controller maybe 20 times. But then it’s just retarded and annoying. Seriously, who’s jackass idea was it to shake instead of pressing a button? It’s not practical, and it’s not fun. And I can’t believe they actually advertise this feature. That’s a fucking con, you cunts. It’s like saying “this game is shit, don’t buy it”. Except I probably would be tempted to buy a game if it said that on the back of the box. With a shake feature I’m just like “Ugh…god dammit Nintendo… I’m only giving this the benefit of the doubt because it’s Wario. But I hope you go to hell for this shit.”

I can only imagine the idiotic monkeys these companies hire. ’cause fuck. Who exactly are they marketing this game to? The only ones I can think of that would enjoy shaking the controller like a moron are 5 year olds. But fuck those guys. Nobody cares about them. Anyway, basically what I’m trying to say is fuck Nintendo.

When it comes to the gameplay, like I said, it’s decent. The game isn’t hard at all. Beating it is ridiculously easy, the little bit of challenge it can offer comes in the form of finding hidden treasure chests in the levels and doing missions such as beating the level under a time limit, without taking damage, defeating a certain enemy, getting a certain amount of money, stuff like that. And even that is not really challenging at all. The game just isn’t skill-based. It’s more about figuring out how to do things than anything else. Not that the figuring out part is really all that hard either.

I think one of the big problems with this game is that it’s not very rewarding. First of all, completing the missions in a level unlocks nothing but the music for that level. Ooh, big fucking deal. Actually the music in the game is nice, but not really good enough to listen to outside of the levels, and even if it was I’d just download it or some shit. Not listen to it in the game. Getting the treasures unlocks a big fat nothing. In fact, I beat the game, did all the missions and got all the treasures and I think the treasures serve no purpose whatsoever. Then there’s the money you can get. That would be kind of nice, except there’s nothing to fucking buy! I seriously bought everything from the store by the time I completed the second continent. Then money becomes useless. What the fuck? Developers never get this shit right. God. And there’s no story reward either, because it fucking sucks. So in the end, what is there? Just the simple accomplishment of doing the missions and getting the treasures? That could work, except the fact that it’s so easy means it’s not rewarding as an accomplishment either! So all you have is a bland game with merely decent gameplay and a very fucking annoying gimmick. 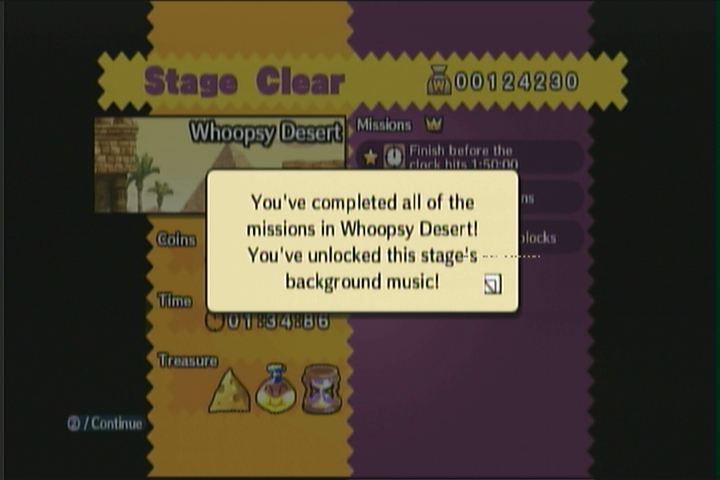 After you beat the game, you can find an item in some levels that unlocks extra ones. But I didn’t bother. I just don’t have the time for merely decent games when I’ve got stuff like Tree of Tranquility waiting to be opened, you know what I’m sayin’? My time is precious, fool.

Final Playtime: Man I dunno. I tried looking at the file but all it says is the date and time.