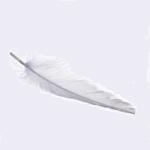 I’m not a fan of Tri-Ace ever since they started sucking. But I still don’t hate them enough to boycott their games, so I’m willing to check out what they’re up to. Yeah, this game is like 4 months old, I just never got around to opening it ’cause I’ve been busy. Just like so many other games I’ve still got sealed.

But anyway. Covenant of the Plume, where to start with this game. The story can sometimes be nice, but it’s kind of hard to get into it when the basic premise is so mind-bogglingly idiotic. You’re a dude with a grudge against the Valkyrie because she turned your father into an Einherjar and your family was left with no one to provide for them, leading to your sister dying from starvation and your mother going insane. So you vow to get revenge on the Valkyrie and kill her for taking your father and ruining your life.

Except that’s retarded. Apparently it never crossed this dipshit protagonist’s mind that all the Valkyrie does is turn dead warriors into Einherjar. I’ll spell it out for you: your father was already dead when she got there, dumbass. She didn’t take him from you like you constantly say, even if she hadn’t shown up and turned him into an Einherjar he would still be dead. So it’s not the Valkyrie’s fault your family is ruined, it’s your dad’s fault for going into battle and never giving a second thought to the consequences of what would happen if he died! But noooo, the Valkyrie is the object of hatred and the father is the object of worship. Why? Who fucking knows.

And it’s so annoying when nobody in the entire fucking game seems to realize something so blindingly obvious. Every time the main character is bitching about the Valkyrie what people say ranges from dotdotdot to shit like “you musn’t let hatred consume you” or “Revenge will not bring you peace” or whatever bullshit. NO, that’s not the fucking point you morons! Revenge is fine but first make sure you’re taking revenge on the right fucking person. God dammit.

This just makes the next premise even more stupid: you make a pact with Hel in order to kill the Valkyrie. No, you don’t get a choice. The pact says that throughout the game you have to betray your friends, sacrifice them and sin in order to get the power needed (You don’t get a choice on whether or not to betray your best friend either). Now, even if we forget for a second that no revenge could possibly be good enough to betray your friends, the fact that you’re not even taking revenge on the right person makes this even more stupid. So this leaves us with the choice of doing something not only obviously evil, but also despicable and dishonorable and all for what? Oh, just for kicks. Great. Whoever came up with this failure of an idea needs to get fired. Bad.

The DS seems to be a breeding ground for turn based strategy RPGs. Covenant takes this system and marries it with the traditional Valkyrie Profile system where one button is assigned to each fighter and they attack in tandem and then purify weird soul or soul crush or whatever. It works adequately but is made more fun by the fact that just killing enemies isn’t enough, you have to rack up sin by overkilling them (essentially dealing double their HP in damage to get the maximum amount of sin) and at the end of the fight you get rewards from Hel based on how much sin you got. Or punishment if you didn’t get the minimum amount needed.

The game starts out pretty damn hard (unless you sacrifice your friends). One battle in particular near the start seemed almost impossible without sacrificing at least one friend, but I managed to pull it off after like 10 tries. The difficulty tapers off the farther you get into the game though. One thing that really pisses me off though, is that sometimes you will win a battle, only to be thrust right into the next one without being given the chance to save. Sometimes you even get thrust right into a third fight right after that without saving. In a game like this where the fights are kinda long it’s bullshit. What if I died on the second or third one? I’d have to start all over again. I swear the only reason a designer might do this is to be an asshole.

And speaking of assholes, this game commits another sin I really hate: it develops characters up to the point where they join you, and then promptly forgets all about them, forever. They never show up in any scenes, never talk, never interact with anyone. This was somewhat justified (though I still hated it) in the original VP because your Einherjar were dead and only came out to do battle. But here they’re all human and with you, so what’s the deal?

Which brings me to my next point: this game is kinda depressing. You’re walking around with your party of “friends” but it’s like everyone is dead. Like their only purpose is to be used in battle. Again, this was true in the original VP, but not here. Plus, a lot of the people that join you have the weakest excuses, like “I don’t know what to do anymore, so I might as well join you and kill this Valkyrie.” “I can’t bear to be alone.” “I don’t really know why I’m joining you.” None of those are made up. But that’s not the full extent of how depressing this game is. ALL of the endings are bad. Oh sure, some are incredibly awful while others are just merely sad or depressing. That ain’t the point.

This game is also interesting in that near the start of the game you get a choice of three paths and from there everything is different including scenes, party members, and battles. Which means that the game is really short but to see everything you need to play it three times. Doesn’t really matter though because all the paths are equally depressing and once you’ve beaten the game once and start a second playthrough with all your items and skills the entire game becomes a joke.

I only beat the game twice and then I got bored. It’s not a bad game. It’s not a good game either. The story isn’t rewarding enough, and after a while no strategy in battle is needed either.