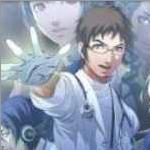 Awiiight, I just finished XS ranking the final operation in this game! Now I can finally review it. It’s funny, I almost missed this game coming out since it seems to have gotten almost no advertising. I found out about it like two days before it came out by sheer coincidence. I was about to insert the Nocturne disc into the PS3 when I looked at it, and saw www.atlus.com on it. I typed that on my browser just for the hell of it while the game loaded and there it was. Needless to say I was like “Fuck! Instant buy!” New Blood might’ve been disappointing but I still believed they had what it took to turn things around. The only problem I saw was that it was for the DS. I never played the original on DS, so it would be a new experience for me. I would’ve preferred it on the wii, but what can ya do.

So because it’s on the DS, and not the Wii, there are some fundamental differences between this game and SO/NB. For one, there are no hand/wrist/arm pains since you’re not pointing a wiimote at a TV. However, this gets replaced by back and shoulder pains, since you have to place the DS on a flat surface and play with both your hands. Yeah, yeah, I know what you’re gonna say. “Nigger, that’s your fault for playing all hunched over and not in a relaxed position!” Well fuck you man, my skill and concentration dip by at least 30% if I’m playing in a relaxed position. What’s more important, my health, or XSing that operation?!

Another thing with the DS is that it lowers the cases of hand jitters. On the Wii, after hours of intense operations and having your arm lifted and pointing at the screen, it’s going to be real hard to keep that hand steady. But in this one it’s a lot easier. For example, on the Wii, using the syringe to treat inflammations was your mortal enemy, since they were tiny, and a slight tremble of the hand could send it all to hell. But pointing the DS stylus on a precise spot is ridiculously easy compared to doing it with the wiimote.

But don’t think the DS makes everything better. It’s give and take. Some things are harder than they are on the Wii. The biggest problem with the DS is that changing tools isn’t as fast or as smooth as changing with the Nunchuck’s control stick. Damn I miss that nunchuck. Back then you simply had to press different directions on the control stick while working to change tools, but here, you actually have to stop what you’re doing, press the button on the touch screen for the tool you want, and then go back to working. Yes, that only takes a second, but this game is so intense that a second can be, and often is, lethal. To give you an idea of the kind of speed you need in this game: something appearing on the right side of the screen near the tool buttons rather than the top/bottom of the screen is the difference between it being very hard to treat and nearly impossible. Considering how absolutely fucking tiny the DS screen is, you can see how crucial microseconds can be. I mean how big is that shit? Six centimeters? I’m the one saying this and even I find it hard to believe that something like that could make a difference. But it does. Other things that are harder to use include filling the syringe (because you actually have to make an upwards motion as if you were filling a real one), and the drain. So which one do I like better? I’ll have to say despite all the pains and problems, I still prefer the Wii controls. It just makes the game faster and makes everything flow better. I found myself wishing for Wii controls several times.

So let’s talk difficulty. How hard is this game? I’ve already given you an idea of the speed and reflexes you need above, but here I’ll give you another idea: You need to play with both hands if you hope to have any kind of chance. That’s working and getting the tools on the right with the stylus, and getting the tools on the left with your left hand. But sometimes, an operation comes up that is so fucking intense that that by itself is not enough, and you have to actually dual wield styli to have a chance. Good thing I have three DS. But the problem here is that, if you’re like me, and you’re not ambidextrous, this is really fucking hard. I’ve never spent time training my left hand to do important stuff so it’s like some kind of crippled faggot that refuses to follow orders. I can’t even use it to write without the handwriting coming out all funny! And now I have to start using it to perform surgery? Thank god it was only needed in a few operations. The rest I made do with a single stylus and just tried to be faster than a motherfucker. So yeah this game is fucking hard, man. I think it might be harder than Second Opinion, but in an awesome return to form, none of the operations feel like bullshit, nor require the amounts of luck present in New Blood. They seem to have learned from their mistakes as the appendix operation, the most bullshit operation in NB, makes a return here, but sans the ridiculous luck factor.

The art style is still good, but man the intro this time around does nothing for me. NB’s was better. As for the story, they’ve made the characters from the original game return. Why? Maybe they thought the reason people didn’t like New Blood was because of the characters. No, jackasses, it was because you magically forgot how to make a good game! Either way, Derek Stiles returns. Except now he’s got the reputation of a legendary surgeon so ain’t nobody gonna fuck with him.

Or at least you’d think that. But then you’d be wrong because Angie Thompson returns as well and she’s as much of a bitch as ever. I thought she would become nice after Second Opinion but noooo. In fact, and don’t ask me how this is possible, I think she’s even more of a bitch than she was in the first game. She’s still cute but jesus fucking christ I just hate her SO. MUCH. Words can barely describe my indignation and disgust at the way she treats Derek. It’s like “You’re so negligent!” “You don’t deserve to be a doctor!” “You let your fame go to your head!” Get off my fucking case, bitch! I feel sorry for Derek having to deal with her shit all the time. Why not be a little more supportive and understanding instead of fucking criticizing everything? She’s supposed to be Derek’s assistant and best friend for fuck’s sake. I’d rather operate alone than with that assbitch. I mean come on, if it were just some random assistant it’d be fine. Like for example, if you’re working somewhere and your boss is a prick to you, yeah that sucks but whatever. You just flip him off (when he’s not looking) and move on. But to have someone you care about a lot be like that to you really hurts. Fucking pisses me off. She even went so far as to make him lose all his confidence and even his healing touch and made him have to go on rehab. What the fuck is that? I’d rather have a less cute nurse that doesn’t hurt my feelings all the time. And what really kills me is that Derek is such a good person that he never calls her out on her shit. Hell, he even uses all of his power later on to regain the healing touch she made him lose and save her father. I mean saving the dude is all well and good, but he should’ve stuck a scalpel in her eye afterwards. But no, what does he do? He thanks her and tells her he’s out of his slump thanks to her? NO you fucking dumbass, you were IN that slump because of her in the first place! Jesus hemorrhaging christ. This pissed me off so much that it even interfered with my playing the game. Seriously, I was so disgusted that my skill actually decreased during that part. I had to punch myself in the face and remind myself it was just a game and to focus on the gameplay. Yeah, yeah, I know, I’m a dumbass for getting so emotionally involved in a game but fuck you man.

Anyfuckinway, despite that the gameplay is still top notch and it’s devoid of the bullshit present in New Blood, so as far as I’m concerned, this game is a thumbs up. I just don’t think it’s quite as good as Second Opinion since I don’t like the DS controls as much. Maybe if they ported it to the Wii…