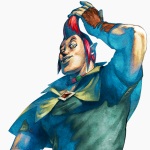 Okay, so despite Nintendo sucking balls I went ahead and got this god damn bull shit. Since, y’know, it’s the next major Zelda and everything. Reggie Fils-Aime had already hyped this game up as being better than anything that will ever be made in the future, so I already knew it was probably gonna be ass.

As you should already know, this is the first game (that matters) that was developed for use with the new Wii Motionplus add-on that was touted as finally “realizing the Wii’s original vision” or whatever. And yes, the Motionplus is required to play the game. Just throwing that out there so you don’t end up like Shepton, buying the game and then being shocked when you find out that you can’t play it because you didn’t buy the add-on. I mean seriously? You gotta be living under a rock to not know about this, but there you go.

So what’s the verdict on the Motionplus? Still shitty. Aside from maybe the initial “Hey cool, Link moves his arm the way I move the wiimote”, the novelty quickly wears off after a few minutes and then it’s back to wishing you could play on a real controller. Because really, what good is it to fully realize your original vision when said vision was a shitty idea in the first place? And that’s the problem with motion controls, they’re just an annoying gimmick. Somehow, though, Skyward Sword manages to make them even more annoying because the controls are fucking horrible and it’s hard to get exactly what you want to come out, while also avoiding the stuff that you don’t want to come out. Just to give you an example of something that pisses me the fuck off, is the bug net. God damn I hate this piece of shit. Basically you have to creep up to a bug slowly and then swing the remote to catch it quickly before it escapes. If you swing too slowly the bug will escape before you can catch it.  But if you swing too quickly, Link will just put it away and bring out his sword instead. Not only that but the whole thing is just plain awkward and unresponsive. Many an innocent bird has escaped my abusive clutches due to this. …what? If god didn’t want us to trap little birds in suffocating nets and then beat them to death why’d he make them so tasty? Yeah that’s what I thought.

But seriously, another thing that really pisses me off is that the nunchuk is way too sensitive to any movement. I can’t even scratch my nose without Link doing a fucking shield bash. This also makes it too easy to get spin slashes to come out when all you wanted was a regular slash, which is really annoying. You actually have to consciously make sure that you’re holding the nunchuk perfectly still while swinging the remote and only swing a little bit but not so little that it doesn’t register at all. Don’t even get me started on the amount of skyward strikes I botched because I would accidentally get a spinning slash.

Now, you’d think these terrible controls would make the fighting difficult, but the truth is that most of the time you can just waggle the stupid thing and bitches will die, so for the most part it doesn’t matter if you accidentally get spinning slashes or whatever. Sure, sometimes the enemies will block, but then you just shield bash their attack to stun them and then waggle some more until they die. The shield bash works the same way as the royal guard style in Devil May Cry 3, you do it just as an enemy’s attack hits you to deflect it. Although since Zelda is baby mode, the window to land it is like a whopping 30 frames or something ridiculous. But all this is fine, the combat in Zelda games has never been anything special so it’s about what I expected.

Honestly the game just throws in too many gimmicky motion controls for every little thing. Shaking the nunchuk to roll is annoying. Using bombs is a chore because you have to point the remote upwards and then swing it to throw them, or point the remote downwards and then swing to roll them. Why can’t I just press a fucking button like always? I guess I should be thankful that they give you the option of being able to shoot your bow without pulling back your arm, even if it isn’t as effective. Other than that, there’s this super annoying persistent bug that pisses me off, where either the nunchuk or the remote will just randomly stop working entirely or where Link will get stuck running forward even though you’re not touching the control stick and jump off a cliff. You can fix it by unplugging and replugging but it’s still really annoying, especially if it happens in the middle of a fight.

Although Link kind of looks like a tard in this game, the art style is decent. Especially when you look at far away things it almost looks like a watercolor painting with things kind of splotchy and blurry. Now, obviously this is just an excuse to try and hide the Wii’s bad graphics and low power but what can they do, develop the game on a better system? That’d be like me complaining that you can’t move the camera besides re-centering it behind you when the damn thing doesn’t even have a second stick to do it with.

Another nice thing is that your companion in this game isn’t a cock like Tatl or Midna, and has a cool voice so that’s good. In fact, why do I even need to save Zelda when I already got this fine blue looking woman? On the other hand, she does suffer from VERY strong captain obvious syndrome, with gems of wisdom such as telling you there’s an 80% chance that the ship you’re in is being attacked by a giant sea monster while said ship is tilting and filling up with water and said monster’s giant tentacles are crashing through the walls. And then right when you’re about to walk out to the deck she says she detects a presence outside, which could be a monster. No fucking shit, really? Or at another point in a dungeon, you notice the boss key chest behind some bars, and she comes out to inform you that there’s a 90% chance that the boss key is inside that chest. Even though said chest is CLEARLY marked as being the boss key chest, same as all the others throughout the whole game and even throughout much of the history of Zelda games. And there are tons of other examples like these.

But really, this is a thing with the entire game. It always holds your hand for everything and will never, ever let go. It tells you exactly what to do and where to go at every point, even for the most pointless things. I mean shit, I’ve just landed on this entirely new area, why do I need an arrow pointing me in the direction I need to go to advance when all I have to do is just, y’know, go through the area. I guess they’re afraid that you might get stuck or not know what to do? But I’m pretty fucking sure it’s impossible to get stuck in such a situation so it still doesn’t make much sense. Other than that they give you videos of how to solve basically every quest and puzzle and how to find everything in standard Nintendo fashion. What was that one Mario game recently where they straight up took control of your character and automatically passed every challenge for you so you wouldn’t have to? Yeah.

But whatever. The game still has all the general Zelda elements so it’s alright. Sure, the dungeons tend to be simpler and you’ll never really get stuck at any point, but they’re still well designed and enjoyable to go through. Same with the outdoor areas, which feel like they’ve gotten added emphasis and are more than just an intermission between dungeons, though they sure milked the tits out of them, making you go back to them many, many times, maybe to redo the area again but with a twist thrown in, or maybe just to pick up a random item that you now need. The game also has some decent tunes, and though the bosses are never anything special some of them were fun, especially the one where you pick up his own gigantic sword and beat him to death with it. Either way, if you can deal with unnecessarily shitty motion controls Skyward Sword isn’t so bad, but you’re not missing out on anything special if you skip out on it either.