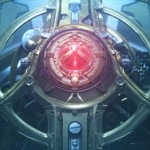 Mah niggaz. I know it’s been a while but you should know how it is by now, feel me? So what’ve I got for you today? Well it’s an old game. By old I mean 2 years. What can I say, we live in a fast world. Resonance of Fate. This game was made by good old tri-Ace. Despite their stumbling somewhat more recently compared to their golden years, I still got a lotta love for these guys. Star Ocean is one of my favorite series of all time (particularly 3 and 2 , but even 4 was fun even if they fucked up in a lot of areas). Still, I probably wouldn’t have played Resonance of Fate due to a combination of lack of time/spite at them ruining SO4.

What made me get this game was a terrible review I saw for it on kotaku (yeah, doesn’t even deserve me capitalizing its name). Basically this idiot was complaining that he died on the first fight, and quit playing right then and there, then went on a tirade about how the japs have fallen so far behind their western counterparts and how they don’t know how to make game mechanics intuitive and how he knows if a game is good after the first hour and that this wasn’t and who the fuck knows or cares what else. Naturally I bought the game immediately.

Look, I hate them japs as much as the next guy. But they make better RPGs than americunts, that’s a FACT (and no, just because beating my face in with a shovel is better than playing anything made by Square-Enix doesn’t mean anything). Oh boohoo I died on the first fight, I don’t wanna play anymore. FUCK you. It’s because of pussies like this that we keep getting boringass press X to win games. This is the problem with bitches these days, they don’t want to put in any effort and they don’t want to learn. Why don’t you just go watch a fucking movie then? I hear it’s impossible to lose the first fight in those. You don’t even have to figure anything out or read any tutorials. Even thinking is optional! Small wonder movies are so much more popular, everyone can enjoy them, even bitches. Oh, and quitting after 1 hour? About what I’d expect from a faggot with an article featured in an equally faggy site. But as usual you don’t gotta worry about any of that shit with me. I played this game for over 100 hours so unlike said imbecile I actually know what in the god damn fuck I’m talking about.

One of the first things that caught my attention in Resonance of Fate is how cool the setting is (take notes, western developers cranking out the next generic medieval fantasy setting #47). It’s the distant future, the planet is all polluted and uninhabitable, most of the human race is extinct because they can’t live anywhere, and they built a gigantic tower called Basel which is the only habitable place now. The entire game takes place in this tower. It’s divided into levels, and the higher up you go the nicer and more high-class it gets, with the highest echelons of society living in the top-most levels. Basically the priests in the holy basilica where no one is allowed in on the top level, the cardinals and their mansions below that, then below that the richer more affluent people. Then as you go further down it starts getting more and more ghetto, dirtier, grittier, with the poorer people in lower levels, the bums, the criminals and gang members, and below that? Well, we’ll leave it at that. Point is, it’s a really cool setting, I like it a lot. For the music I have less praise, although it still has that unmistakable tri-Ace sound, it feels to me like it’s below the standard of what you’d expect from them. While there’s a huge number of battle songs (too many actually), none of them really jumped out at me as being particularly good. I would’ve preferred if they’d just had one or two really good ones than so many average ones.

But whatevs, moving on. The battle system, criticized for being too unintuitive, is… yeah pretty funky actually. You gotta read like 20 pages of a tutorial explaining all the mechanics, and even once you do it’ll still take you some time and actual experience to learn all the nuances and little quirks which are never mentioned in the tutorial. But iz all good. This is only a problem for fags who don’t wanna read.

Now, the battle system is a mix between real-time and turn-based that sort of reminds me a little of Valkyria Chronicles. As long as you aren’t moving or performing an action, time is effectively frozen, no one can do anything and you have as much time as you want to survey the battlefield, plan what you’re going to do, etc. Once you do start moving all enemies can move and attack you, but if you stop moving at any point, everything will stop again. You have an action bar that will deplete as you move around, and when it’s used up, that’s the end of the character’s “turn”. That bar is also used to attack, and when you do, you can charge up your attack for as long as you have bar left (and your weapon level will allow) and get added effects like more damage, knockdown rate, stun chance, penetration, etc. But you also gotta be careful ‘cause enemies are all able to move and act freely while you’re charging, so you might get shot in the face before you attack and get interrupted. And that’s NO GOOD.

Then you have what are called hero actions, which for the cost of one Bezel (which happens to also work as your lifeblood, since if a character’s HP is brought to zero you lose your Bezels and then you go into critical condition and if you’re brought to zero again you die) you can run and jump and shoot at the same time, which is super useful for a lot of reasons, not just positional advantage but also the ability to shoot many times in one turn or charge for longer and the ability to hit all enemy body parts, open the way for bonus shots and smack downs and tri-attacks… but I ain’t gonna go more in depth on the battle system or explain any of that shit ‘cause then we’d be here all fuckin’ day. The important point is whether it’s any good, and the answer is that yeah, it’s pretty fun. One of the things I like about the turn-based/real-time mix is that it solves the issue real-time battle systems have of not being able to control the rest of your party. Having direct control over every character is always better than only being able to control one, but the nature of real-time battle systems forces you to only take control of one and leave the others to the AI. The system used in RoF is a good way to fix that while still keeping true to tri-Ace’s love for real-time. Another thing I like is that the game has a good difficulty, with it not being uncommon to have to retry boss fights or tough enemies. Something interesting to note is that fights tend to seem heavily momentum based and your general opening strategy of particular importance, in that if you make the correct moves early on, fights could go very smoothly, but if you make bad moves early on they can fall apart very quickly and be so bumpy the whole way through that you might be better off starting over. Further, it’s not unheard of to be brought from full health to zero in one attack by especially powerful enemies, and once you go into critical condition it’s very hard to come back from that unless the enemy is already almost dead. But it’s no problem, because at any point for a small fee you can choose to retry the battle from the beginning. No need to load and go back to the previous save point or anything. And good thing too, because this game never puts save points before bosses.

One thing that does hurt RoF a lot and pisses me off is the lack of real dungeons. I don’t fucking understand this distressing trend we’re seeing of RPGs just… not having them anymore. The fuck are you idiots thinking? That it’s not an important part of the games? I mean, yeah, it takes work to design them, but that’s no excuse to be a lazy ass cunt. If you want your game to be the best that it can be, or hell, even match up to others that YOU YOURSELF HAVE FUCKING MADE then you can’t just forget about it.

The way it works in RoF is that instead of unique and properly designed dungeons, every one consists of a series of one open arena after another (in which a fight takes place) with absolutely nothing in them except very rarely maybe a chest with an item. And no, just because some of the arenas have three exits doesn’t give you any points. Go to jail.

At the very least RoF has an overworld, and that’s appreciated. It works in an interesting way, in that normally you can’t walk anywhere until you place tiles on the floor (which can be found or poached off enemies) that “reactivate” the area. As you place tiles you will also find a lot of items scattered about, including ones necessary to complete quests, so that’s nice.

The weapon customization system is also fun, you start with your gun and create add-ons at the shop using scrap parts you’ve found and fit them into the gun’s expansion ports following certain rules like a sort of puzzle, and as the game goes on you get access to more and better parts. You can start slotting add-ons into add-ons, just twinking the fuck out of your guns improving their stats to the point where they end up looking really god damn silly and any sane person would be like “How in the ten fucks would you even operate that gun?” Nigga don’t sweat the small stuff! Can’t you see I gots 200 charge speed and 60% charge acceleration?! You step to me? I bring the pain, white boy. While the story is pretty cool and kept me interested, ultimately the game suffers because of the stupid fact that it builds up all these mysteries, all these plot points, and then it just suddenly ends and NOTHING gets fucking explained. I hate when that happens. What is that shit? Seriously, all throughout the game you’re expecting everything to eventually come together, you’re expecting some serious exposition, and then nope, trolled. We ain’t explaining shit, and we ain’t showing you any of what you were hoping for. FUCK that.

At least the post-game stuff was nice and had some strong enemies, it was fun building yourself up to tackle it and going through it. And so was the overall game, really. It’s got a few glaring problems that bring it down but a fun battle system and cool world still make it enjoyable.