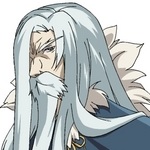 What it do my sons and dogs. You knew this shit was comin’. We got the next Rune Factory
in the house. For this one they’ve gone back to Rune Factory’s original home: the handheld.
Which sucks shit, but what can ya do? They probs didn’t do so hot on the consoles last
time, spent all that money on all them 3D migs and megs of graffix and didn’t even sell as
much. Now, defeated, they must return to their old, grimy, rat-infested handheld home. Not
that it helped them much, considering they still went bankrupt, but it was worth a shot, right?
Shit though, I wouldn’t go back to a home if there were rats in it. Burn it down. How can
you sleep at night knowing there’s a rat in your house that could jump you at any moment
and bite your face off? Yeah that’s what I thought. You ain’t know what they’re thinking.
All planning. Biding their time for the perfect moment to strike.

What was I talking about? Oh right, so RF4. Despite being for the 3DS this game is waaaaay
better than Tides of Destiny. It’s not even close dude. First of all I am GLAD that the
game was published in the west by XSEED rather than the neanderthals at Natsume. Means we
can finally go more than two lines of dialogue without a fucking typo. I mean jesus fucking
christ those Natsume assholes are bad. It’s probably one illegal immigrant translating the
whole game, barely speaks English, overworked, underpaid, no benefits, no editors, no time
to even reread what he just wrote. Just like me. You think I got time to proof-read this
shit? I got places to BE, son.

But yeah. Good stuff. I’m all for proper grammar and shit. You can call me Professor
Renegade. I’d be all subverting the system. From within! And bangin’ me all them highschool
girls while I’m at it. Because let’s face it, that is literally the only reason anyone
would want to work as a teacher. I mean, liking the subject? Wanting to help kids and
improve their lives? FUCK outta here with that bullshit. But seriously, despite
XSEED being vastly better than Natsume, it’s not all perfect. For some reason (money), RF4
has very limited voice acting, just like Tides of Destiny. I thought this was just Natsume
being cheap fucks in the last game, but now XSEED has gone and done it for this game too
even though they knocked it outta the god damn park back in Frontier! Seems the resources
people are willing to put into this series grows smaller and smaller. Or they saw that
having full voice acting has no effect on sales, which of course it wouldn’t. I can’t
imagine anyone who would change their purchase decision based on this, but still! Whatever
happened to making something the best it can be just for the sake of it? Dark times. It’s
a shame too because what very little there is is good. On the other hand, we’ve got hand-drawn
portraits of the characters back, so that’s awesome. I bet this was less of an informed
decision and more that they couldn’t get away with using the lower quality in-game models
though. You can’t fool me, Neverland. I got my eye on you.

As you should already know, Rune Factory is Harvest Moon but with other RPG elements
thrown in like dungeon crawling. Do I have to keep saying this? Learn the lore, bitch!
Anyway, traditional farming is back this time around from being inexplicably butchered in
Tides of Destiny. Now you got your classic field. Your seeds which you can FUCKING BUY now.
Your cheap hoe. Your rusty watering can. Good, good. Excellent. Interestingly, in this game
your character is acting as the prince of the town, which makes it a little weird that he’d
be out toiling in the fields every day rather than being a lazy entitled fat cat, but hey,
it’s just a different culture! Don’t judge. Ain’t no shame in back breaking physical labor.
This feature brings a lot of cool little things to the game though. Now, when you complete
quests you’re awarded with Prince Points which you can spend to place “orders” for a variety
of effects like organizing a new festival, upgrading your barn/fields/house, bringing new
merchants to town and a lot more. Doing more of these things in turn raises the number of
tourists that come to your town and your prince rank. There are a lot of orders you can
make and they cost a lot of prince points so that encourages you to complete as many quests
as you can every day. The board request system is fun and is important in giving you short and long term goals
to work towards aside from the easy daily quests. Villagers can also randomly give you
quests personally if you talk to them, which is also nice.

But I’ma tell you now the single biggest, most important improvement this game has
over the last one, and even over Frontier: the fact that characters have new dialogue EVERY
single day, for approximately a year before reverting back to old dialogue. This is HUGE,
and something I’ve been advocating for years. In both this series and Harvest Moon. Of course
HM still doesn’t, being a shit obsolete series stuck in the past with its cardboard cutout
girls that barely have like 10 lines of dialogue. Fuck that. This is where it at. Now you
have way more incentive to talk to all characters every day and it improves the game by a
ton. Aside from that, I love how there’s also hidden dialogue that you can get depending
on factors like where/what time/with whom characters are, or based on examining objects
when they’re around. Like sometimes you might find that all the girls are having a
suspicious secret meeting in a house at midnight and if you go you might find they’re
telling scary stories and shit. That’s awesome.

But yeah, I love how there’s so much to do in this game, from all the character dialogue
you have to get every day, the board requests, festivals, upgrading your house, furniture,
skills, crafting, farming, gathering materials, etc. There’s skills for seemingly everything.
I mean, shit, you have a skill for walking, for bathing, for eating and sleeping. And raising all of
them grants bonuses to your various stats which will make you stronger. Hell, now you even
have your own shop where you can sell your stuff to other characters and tourists, and
your bartering skill increases as you do so, giving you access to new bartering abilities
with which to rip people off further! Oh, just kidding, it’s never a rip off if people are
willing to pay for it. It’s capitalism, baby!

The overworld in this game is also good now, nothing like the shit overworld in Tides
with nothing but water for miles. It’s decently big and there are more dungeons now. This,
coupled with the previously mentioned stuff means you have plenty to do every day. Also,
interestingly, your level, as well as enemy levels, now keep going much higher than 99.
Friendship levels now also keep going past 10, though this seems sort of pointless. It’s
not like you get any rewards for reaching absurdly high levels and I kinda miss having a
max to work towards.

Sadly, the weakest part of this game is probably the selection of marriage candidates.
Firstly RF4 only has 6 girls. That is WEAK AS SHIT. Are you kidding me? Frontier had a
whopping 12 girls and that was years ago. Even Tides had 10 which is acceptable. And the
few that RF4 has aren’t really even as good as in either of those games. What’s up with that?
Oh I’ll tell you what’s up with that. The reason why there are only 6 girls in this game is
because the other 6 are men. Yeah that’s right. Turns out you can now play as a female from
the beginning of the game, and since they had to waste resources on that it slashed the
number of girls in half. Fucking niggers. How dare they give women equal representation.
Everybody knows women don’t play videogames anyway. This is known. I mean shit. First they
take our jobs and now this? Not even our videogames are safe from the feminist menace anymore.

But speaking of, something that I really hated in this game is how random and esoteric
the process to getting married can be. It’s not just having a double bed, getting up to
the requisite heart level and then proposing anymore. No sir, that would make too much
sense and we can’t have THAT. Naw, naw, let’s have a bunch of mysterious invisible requirements
and also make it completely fucking random when and whether you ever get the
required events to trigger. This shit is like winning the lottery now. You can either be
really lucky and get it as soon as possible or you can go WAY above and beyond the required
levels, toil away for ages and still not get it. Like, okay, so supposedly the required
level you have to reach with someone before you can get the random events to trigger is
10, right? Try getting up to fucking 21 and still getting nothing. Supposedly another
requirement is going on a sufficient number of dates with them. Well try going on like 50
fucking dates and still getting nothing. Oh, oh, but wait, another requirement is that you
shouldn’t go on TOO many dates with them! Nevermind the fact that this is never alluded to
anywhere in the game. Are you fucking with me? First you tell me to go on dates with them
and now you’re telling me I shouldn’t have done it so much? WHICH IS IT, MOTHERFUCKER? I
will END you. What’s next, I shouldn’t have raised their heart level so much? This shit is
so bad that there are even “strategies” for getting the random events to trigger like
canceling festivals so they don’t “block” the random events from activating, making sure
all of your crops are harvested (what does this have to do with anything…? I don’t even),
time-skipping by just sleeping for 15 days in a row and then reloading if it
doesn’t happen, then just keep doing that over and over… it’s fucking ridiculous, why do
I gotta jump through all these fucking hoops that I’m not even aware of? Jesus christ.

Gold is still a little too easy to make, and there are some pretty egregious exploits
that allow you to make absurd amounts even when you’re not trying to. I mean come on, if
600k rains down from the sky at me what am I supposed to do? NOT take it? That ain’t what
a real nigga would do. He’d take that wallet straight to the nearest KFC.

Another thing I don’t like is how furniture looks and feels like it’s just a piece of
cardboard. You can place furniture wherever you want in this but it wasn’t implemented well
at all. You can’t even rotate them so everything has to be facing the same direction and
looks like shit. They also don’t respect boundaries or other objects so you’ll have shit like
your bed overlapping with your nightstand or whatever and it can be tough to place stuff
in a way that looks natural.

But whatevs. I’m mostly happy for the game having so much new dialogue every day. Hopefully
Harvest Moon realizes it’s getting its ass kicked and starts implementing some of this but
probably not. Overall most things in RF4 are generally very good too so it’s definitely
worth playing.