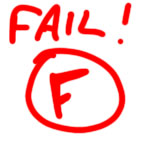 Now, I’ve never played a Resident Evil game before. Getting scared’s never appealed to me. When they moved away from the survival horror genre with RE4, and the game got so many accolades, I figured I’d try it out, see what the fuss was about. But I never got around to it. So when RE5 came out, I thought, hey, I’ll give this one a shot, and if I like it, maybe I’ll play RE4. After all, people were saying they were more or less the same. Never did I expect the pile of shit this game would turn out to be. 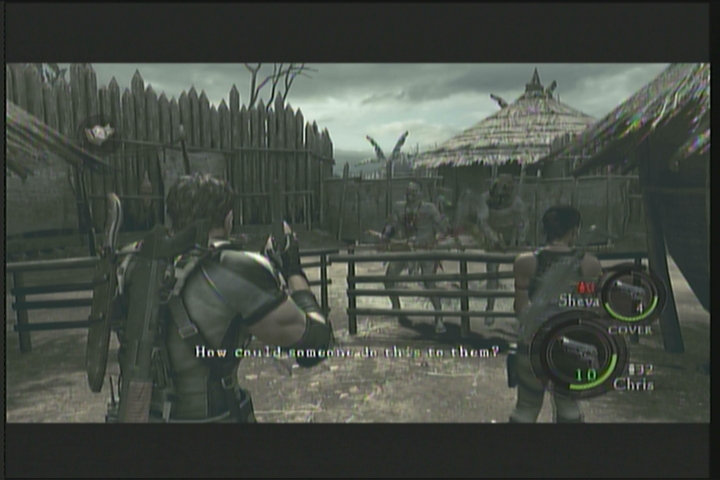 In an attempt to move the RE series completely away from anything even remotely scary, the game is now completely co-op. I never bothered playing co-op with anyone. Yeah, I know what you’re thinking. “Nigger, that’s the entire point of the game! You can’t review it if you haven’t played it properly!”

Wrong, dumbass. I don’t give a shit whether or not the game has co-op. The option to play something with others is the most retarded excuse you can use to defend shitty games. Why? Because doing something with friends makes almost anything more enjoyable. Even the most loathsome genre in all of creation, MMORPGs, suddenly become playable if you have friends with you. That doesn’t make the game itself any better. You’re still playing a shitty game and only having a good time because you’re hanging out with friends.

So no, I won’t give this horrible game a break just because misery loves company and it can become more bearable if someone else is suffering alongside you. Fuck you.

So here’s the deal. Let’s talk gameplay. I mean, there’s absolutely nothing good about this game, but you gotta start somewhere, right? First of all, the controls are fucking awful. I’ll put it plainly. RE5 plays like a poor man’s Gears of War. Seriously, go play Gears of War and you’ll find a very similar game, except done right. Not that I especially like Gears of War, but it’s not bad. Unlike RE5.

A lot of people seem to complain about your partner’s AI. And sure, it sucks, but I won’t talk about that because frankly the game has much bigger problems, and it didn’t bother me that much since I just used her as a mule.

So where were we? Right. The controls. They’re a fucking nightmare. I’m sure everyone already knows this, but you can’t move while you aim. That’s an idiotic way to make a shooter. Now I’ve seen all kinds of people defending this particular point with all kinds of laughable excuses. Stuff like “It’s been like that in all REs!” Oh, so because you had god awful gameplay before, now you’re bound to keep repeating the same mistake and never fixing it? Ohh, I get it. It’s a feature, right guys?

Or stuff like “It makes it a more methodical shooter.” …what? Wait. What? Actually, yeah, I agree. If by methodical you mean stupid. But seriously, what do people even mean by this? Oh sure, it sounds nice. Methodical. But ultimately what does that mean? It means you have to deal with subpar controls because the developer fails way too much to give you something good to work with. And did I say subpar? That’s generous. If these controls were a place, they’d be fucking Double Hell.

Or how about “It’s more realistic! Can you shoot while you’re moving?” Oh I love this one. Because real life is so great, right guys? Let’s just make everyone die from a single bullet or sword slash while we’re at it. In fact, let’s make everyone die from slipping and falling on their head. Yeah, that’s the ticket!

And then there’s the classic “If you don’t like it don’t play it!” Oh yeah, real slick, dogg. Keep on truckin’.

But I’m really going on tangents here. Let’s get back on track. Not only can you not move while you aim, but even when you’re moving, they’re sluggish as all hell. You move so. fucking. slow. It’s ridiculous. Now I know what people mean when they say you feel like a tank. And fuck. If this is how RE feels with these “radically improved controls”, I shudder to think what the REs with the “bad” controls were like. Jesus Christ, spare me. But hey, at least the old REs had the whole horror thing going, the atmosphere, story, I dunno. Or at least I think they do. Don’t quote me on that. What does RE5 have? Nothing. Boring story, music ranging from bad to nonexistent, about as scary an atmosphere as a hello kitty cartoon.

But let’s get back to gameplay. I’m serious when I say the gameplay in RE5 is laughably bad. It actually made me laugh. No joke. That’s how bad it is. It looks ok when you’re only fighting one or two enemies, but it’s only once they unleash hordes upon you that the game’s flaws really stick out. There are tons of enemies but they don’t really seem to want to kill you. They run really fast at you, but then stop a few feet short waiting for you to kill them. It’s almost as if all they want to do is scare you but not actually kill you. Even when you’re surrounded by enemies most of them just stand there raising their pipes or planks or whatever. It feels very dumb. Of course, they COULDN’T actually fight you legitimately because the controls are so bad they wouldn’t be able to handle real fights. So enemies are forced to be very docile, circle around you slowly, maybe throw a menacing glare at you, perhaps a growl, and only hit you every once in a while. Because really, what options do you have in this game when a zombie is coming at you besides shoot it? You can’t move backwards or strafe because you move slower than a snail like that. You can’t roll because there’s none of that in this game. You could try to turn around and run the other way, but even that feels slow and awkward. Not to mention really fucking stupid because then you have to awkwardly turn around yet again to face the enemy. Why deal with this shit when they could’ve just given you reasonable controls? 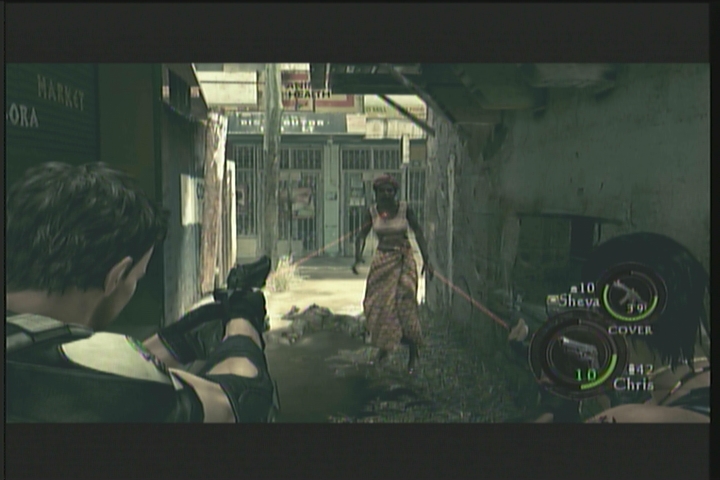 Ammo is pretty scarce, but the knife is horrible. Here’s how a typical fight goes:

Zombie rushes you. Stops several feet in front of you. You take out your knife and start swinging. But oh wait! He’s two arms’ length in front of you, and you can’t move while you’re swinging your knife! Gotta put it back, and move one step closer. Ok, now we’re up close! Let’s take out the knife again and start swingin’. There we go! Two clean hits! Oh wait, the hit made him recoil back, and now we’re swinging at the air again. Time to put it back and move a little closer again. Ahh, there we go. Ok, let’s take out that knife again. You get the picture. It’s pretty hilarious.

Or a fight against those fat ones. You can stand in front of him, and slash away with your knife for, I dunno, 30 fucking seconds, and he just stands there and takes it because he has so much health, and only swings at you maybe 30 seconds later after you’ve slashed at him god knows how many times. And like I said, he has to be like that, because RE5 has no semblance of good gameplay and you wouldn’t stand a chance if enemies actually tried to kill you.

Even bosses feel really dumb to fight against. Since your movement is so limited, oftentimes the best thing you can do is run away from them, turn around and shoot, run away again. And when you get to a dead end? Why, run at them, and then past them, of course. Urgh, seriously? It sickens me how dumb battles are.

And you know what pisses me off? The game has good graphics and a few flashy cutscenes and moments, so that, coupled with the ability to play co-op, will make the retarded masses think the game is good. Please. Don’t make me laugh. RE5 has the potential to be the worst game of the year. Assuming RE4 and 5 have similar gameplay, it’s amazing that the best action series, Devil May Cry, came out of this mess.

Final Playtime: I don’t think the game records playtime, but trust me when I say it took a lot of willpower to keep playing as long as I did.