Yeah I know what you’re saying. “Nigger, this game is olde!!” Well fuck you. I’ll play what I want ’cause YOU CAN’T CONTROL ME.

So Pikmin Teu. When Miyamoto announced they were working on Pikmin 3, I had only played the first one. Naturally, I decided that I didn’t want to play 3 without first having played 2. So I bought it. In fact, not only did I buy 2, I also replayed 1 because I liked it. But that’s all you’re getting out of me about that because this isn’t a Pikmin 1 review. I liked Pikmin 1 ok? Good. Let’s move on.

At a glance, Pikmin 2 seems to be the same as its predecessor. And really, it is very similar. It is a sequel after all. But, as it sometimes happens with sequels, the developers think they can just coast on the success of the last game and be lazy. And actually you know what? They can do that. You have to really suck to fuck up a good game. Well actually I don’t know that. I’m not a developer. Who knows, maybe not breaking something isn’t that easy after all! It sure would seem that way with all the fucked up sequels in the world. And this is what happened with Pikmin 2. The designers broke it. They fucked it up.

The first change you might notice is that there no longer is a hard time limit on your completion of the game. Is this good? Yeah… I think it is. While I didn’t mind it too much in Pikmin 1 since it was very lenient and gave you plenty of time, I still think a player shouldn’t be forced to hurry in reaching the end of a game. So yeah, removing the time limit was a good thing. 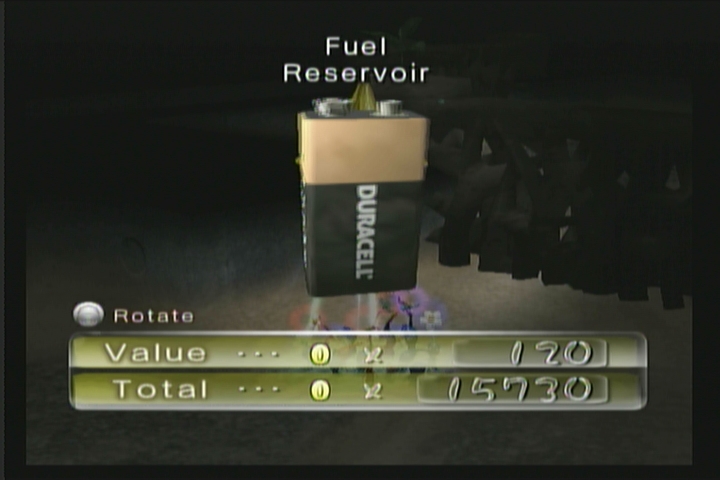 Another change was the addition of white pikmin and purple pikmin. Like the other colors, these guys have their own abilities. Purple ones have the strength of ten pikmin and weigh a lot so kill things easily by falling on top of them. White ones are immune to poison, poison enemies when they get eaten, and unearth hidden treasure. Overall they’re nice additions, though you have to be careful when using them since they’re not as abundant as the traditional pikmin.

Then we start seeing the bad additions. Coming in at first place is the addition of underground dungeons. God fuck. Underground dungeons. Look. One of the cool things about Pikmin is how nice and colorful the environments are. How they’re little gardens or puddles that would just be a normal cute backyard to a human but to Olimar and his pikmin become a great world to explore. Because let’s face it, nature is pretty nice. For example, one of the things I really like is when you go down somewhere and it’s very early in the morning. The way the light of dawn shines and the place has a very pretty sort of misty quality. That’s just great. I love nature man. Just as long as I don’t actually have to go out there myself! Woah no. Me and the outside? We are not compatible. I’ll just stay here and look at it in Pikmin thank you very much.

But where was I? Oh right. Dungeons. God fucking dammit. I guess some people complained about Pikmin 1 being too short. And with good reason, because it certainly was. And did the devs respond to this? Yes, they did. Pikmin 2 is WAY longer than Pikmin 1. But how exactly did they do this? Oh, by being a bunch of lazyass motherfuckers and padding it out with the most drab, boring, repetitive, randomly generated dungeons you can imagine. Forget about Pikmin’s interesting and colorful environments, because the majority of 2 takes place in these god damn underground dungeons. Think Pikmin and marry it with a dungeon crawler and this is what you get. Complete with the randomly generated aspect and even the “stairs” that make you descend to the next equally boring floor.

Now, I can take a few of these. In fact, I thought the first couple or so were nice and interesting. But there are just so god damn many of them. They grow old VERY fast. It’s seriously a chore to go through them. And some of them have so many floors that they feel interminable. Actually I think they were only like 10 floors tops. But that just goes to show you how bad they were that 10 floors feel like an eternity. And just like anything that is randomly generated, the floors are ALL THE SAME. I’m serious when I tell you I was struggling not to fall asleep when going through them. When I went down a floor I was often like “God please let this be the final floor!” And then it wasn’t, and I was forced to trudge through yet another god damn boring floor. 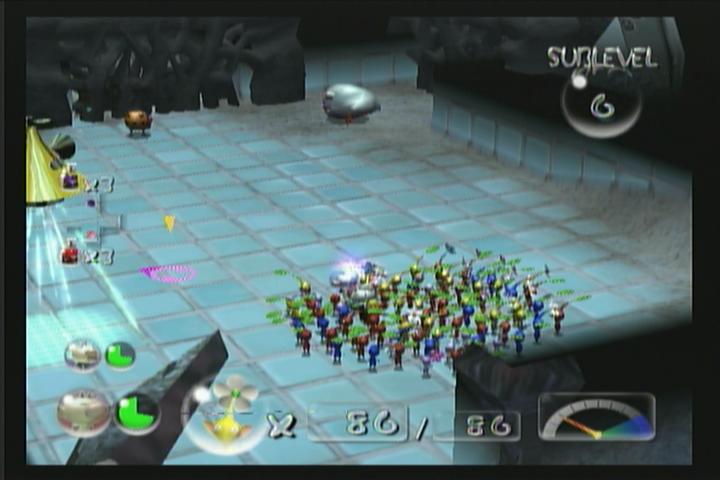 Interestingly, Pikmin 2 often alternates between being boring and being annoying. And the annoying part is usually due to the pikmin themselves, who are as retarded as ever. “Oh I’m a red pikmin but surely walking into this puddle won’t be a problem!” “I’m a blue pikmin but this flaming geyser looks harmless enough!” “Oh I was told to standby, but I’m sure no one will mind if I suicide on this electric fence!” “Stand by? Nah man, real pikmin activate this bomb here and blow themselves up!” “Retreat? What? That’s for pussies. Real pikmin fight to the death!”

So yeah, basically you have to be very careful when you’ve got a lot of Pikmin because they’re fucking suicidal. And you can’t have them stand by remotely near something shiny or interesting because they’ll want to check it out. Hell, a few might decide they don’t WANT to stand by when you tell them the first time. Same with retreating. Better blow that whistle several times because some of them might not listen the first time. And it’s not just the pikmin. There are a lot of annoying enemies too. You think you’re safe behind that solid wall? Nope, sorry, my attack goes right through it! And since most of the game takes place in stupid dungeons, you can expect there to be a lot of fucking walls.

And of course you have to be careful. Because you can only bring down 100 pikmin with you into a dungeon. And the only way to make more while in it is to find some really rare plants. If you lose too many pikmin and then don’t have enough to finish the dungeon? Sorry, gotta forfeit everything you did and start it all over again. Thankfully, even though the game is pretty annoying it’s also pretty fucking easy so this kind of thing never actually happens. Wait, I don’t really know if it being so easy is a good thing or a bad thing. It’d probably just be more annoying if it were challenging though. I mean it already is. 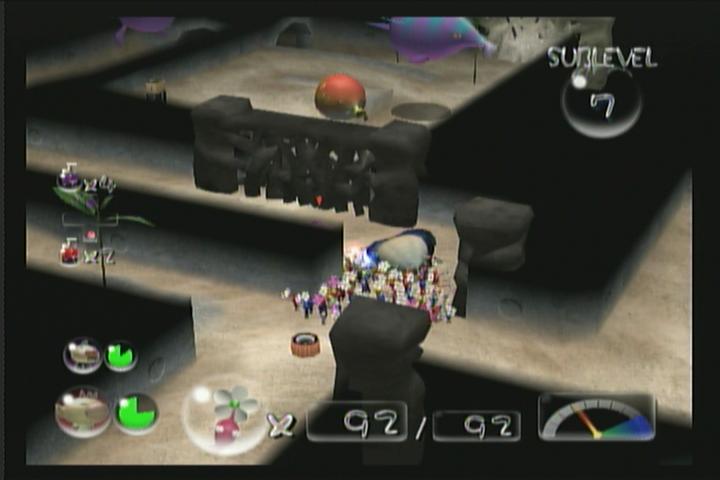 But forget all that shit. The main thing is that this game bores me to fucking tears. And worse, it’s fucking endless. It reminds me of Assassin’s Creed in how I just wanted it to be over already. Pikmin 1 was too short. But this shit. God dammit I wish it had been short. After all, what’s one way to make torture better? Make it last less. I couldn’t even get all the treasures. It was that fucking bad. There I was descending to floor number 8 in random stupid dungeon number 47 after getting my 160th treasure when I suddenly had an epiphany. It went something like this: “You know what? Fuck this. I don’t get payed enough for this bullshit.” Oh wait, I don’t get payed at all. Son of a bitch.

Alright Nintendo, fuck you. Pikmin 3 better be more like 1, you assholes. Oh but wait, you’re too busy announcing your retarded DSi to care about making good games! Well I hope you all die in a car fire.