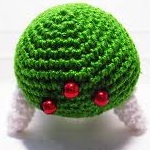 God dammit. Seriously, what is it with games these days being shit? I don’t get it, like, you’d think developers have learned what’s good and what isn’t after all these years and that knowledge builds up and games steadily become better. But NO. Instead they’ve been on an endless downward spiral of suck. Adding fuel to the suckage is Metroid: Other M, which yeah, I know, has been out for a long time now but hey, I’m busy as a mother fucker these days, it ain’t my fault.

So after Retro Studios fucked up Metroid Prime for no reason, Nintendo decided to have Team Ninja make this one. Snrk. Nah, I’m just kidding. Nintendo is way too idiotic to know when something has or has not been fucked up. They just passed it on to Team Ninja for no reason. They had a lottery. Team Ninja is an okay company because they have made at least one good game. And that’s a lot more than some other companies out there. But are they the right guys for this job? The answer is no, because this game is ASS.

First of all the controls are shit. I mean, okay, at least it doesn’t go the Metroid Prime 3 route with making you point the ‘mote at the screen all the time, and thank god for that, but even the MP3 controls worked well when your hand wasn’t falling off from carpal tunnel. While Other M’s controls don’t physically damage your arm like that, they are pretty terrible and gimmicky with the whole changing perspectives thing. The way it works is that when you have the wiimote sideways you move around in third person view, jumping, running, all that shit, but when you point it at the screen you switch to first person mode and can aim and shoot. The big problem is that when you’re in first person mode you CAN’T MOVE. To shoot missiles you have to be in first person, but then you can’t move, so the enemy just easily rapes you when you switch and you can’t do shit about it. Of course, this is made less of a problem by the fact that the game is easy as tits, but that’s no excuse for shoddy controls like these.

Let’s go over this again because you fucks still don’t get it. Good controls and high difficulty. NOT bad controls and low difficulty. Holy shit that’s so simple. How can you morons not understand? I mean, who even comes up with this shit? Do they not test it and see that it’s crap? Even I could do a better job. Look, just let us attach the nunchuk and let us move with the stick while in first person mode, and simply have the game switch to third person when the wiimote isn’t being pointed at the screen. This lets us move while in first person, and also lets us play in third while giving us the added benefit of giving our arm a rest when we don’t need to aim. See, wasn’t that simple? And I literally just came up with that in five fucking seconds. The shit I could do if they were actually paying me to design these games. Certainly a hell of a lot better than these dumb fucks.

Not to mention, moving around in a 3D environment with a d-pad is kind of shitty compared to using an analog stick. So using the nunchuk would fix that too. Moving on though, Other M also has a dodge mechanic where Samus will dodge if you tap a direction while an attack is about to hit you. Now, assigning the dodge command to the same button that makes you move is a weird design that results in things like simply tapping forward constantly to dodge everything without any effort. This is kinda what you’d call an option select in fighting games, in that if there is an attack to dodge, you will, and if there isn’t, you will simply move forward. Either way you’re safe. But I already said this game is easy. Don’t need to get into this or even how you can recover your health when you’re low by just holding down the A button. But man, the crappy controls ain’t even the biggest offender. Oh no. The biggest offender is how fucking linear this game is. Now, as we all know, the masterpiece we’re trying to live up to with this series is Super Metroid. And sure, you’ll never be able to make another one as good as that one because you’re all incompetent fucks, but jesus, you could at least TRY. Other M isn’t even trying. I’ve said this before, but games should give players the illusion of choice and freedom. Super Metroid does this by basically letting you go wherever you want, not making it obvious where you have to go next, but still maintaining good progression by restricting areas based on your powers. But Other M? Other M just plain tells you where you have to go next every step of the way, marks it on the map, gives you a bigass arrow to follow, locks all other doors that don’t lead to there, and even says “What’s wrong? Head to sector such and such!” if you try to go somewhere they don’t want you to. Just when you find a fork in the road, oh guess fucking what, the door in one of them is locked so you obviously have to go down the other path. Then you see a missile expansion in a little tunnel and you’re like oh a secret? Yeah fucking right, the door here is locked too and you HAVE to go down that little tunnel to proceed. Hell, in most cases you’re not even allowed to backtrack to places you’ve already been until the end of the game. Doors that were previously unlocked will now be locked for NO other fucking reason than “Players are morons and we don’t want them to get lost going to places they’ve already been”. Fuck you. This is some grade A horse shit. Metroid is SUPPOSED to be about exploration and trying to find new places. I mean, okay, maybe not to the extent of the original Metroid where everything looked the same and there was no map so it was impossible not to get lost. Although, I’m not gonna lie, I actually enjoyed having to draw my own map on paper as I tried to find my way around that game. Ahh, shit man. Whatever happened to the good old days. But no, Super Metroid definitely improved the formula by giving us a map and making areas more distinguishable. Other M does NOT improve the formula by taking away exploration entirely and treating us like retards.

Next up, the powerup progression is absolutely retarded as shit. Instead of finding new things, you ALREADY have all of your items, except you’re just not allowed to use them until you get “authorization” or some bullshit for some arbitrary reason. HORSE SHIT AGAIN. So you’ll be walking and then some faggot is like “Samus, you have authorization to use your ice beam”. FUCK that. Or for example you’re in a lava place, taking heat damage over time, fending off flame enemies, just barely scraping by running as fast as possible through the areas so you don’t die from the heat, kill a fire boss, escape a raging volcano, and then the faggot is like “Samus, you have authorization to turn on the varia suit feature to protect  yourself from heat”. Are you SHITTING me. I just escaped from a raging volcano and you just said WHAT to me. If I had this the entire time then why didn’t I use it? In fact, why do I need your dumbass permission to use my shit? This is even more retarded than just inexplicably losing all of your items at the start of the game, with the added con that with this system you don’t even get the satisfaction of finding new items because they’re just gradually “unlocked” as you progress. So okay. First the developers don’t understand that exploration is an integral part of Metroid, and now they don’t understand that so is finding new items. Great. How else can they fuck this up? Oh, that’s right. They made it so that you can replenish your missile supply simply by holding down the A button for a couple seconds. Now, this might seem like an innocent (albeit stupid) feature to make the game easier, but in reality it causes another problem in that it detracts from the satisfaction of finding missile expansions.

As usual developers just don’t fucking get it. Listen, I’ve said this many times now and it’s very simple: to make items worth finding, they must be VALUABLE. Finding an item that is valuable is more fun than finding an item that is worthless. Okay? By letting missiles get replenished so easily, you’re turning them from what should be a commodity, into a number at the top of the screen with no meaning. You know what I would do? Remember how Ridley took like an unholy amount of missiles to kill? I would kick it up a notch. BAM. Not only would you not be able to replenish missiles in the middle of a fight, but some bosses would only be killable with missiles, and they would need a specific amount to go down. So, say you’d need 45 missiles to kill this boss, and up to that point you could’ve found up to 60. Now there’s an incentive to find those expansions! The more missiles you have, the more leeway you have to miss and still be able to kill the boss. And if you run out? You’re dead. No A button holding gonna save your ass up in this bitch.

While the story is decently executed, they really need to give it a rest with how many people especially galactic federation fools are all up in your shit. At least almost all of them die, but only until the end. Oh, and what’s up with the characterization Samus is getting. She even cries and is actually overcome with fear when facing Ridley! COME ON. What the fuck is that? She’s supposed to be some kind of silent, stone-cold rapist or some shit. Speaking of Ridley though, at least they used his theme, as well as some other classic Metroid tunes, so that was nice.

But anyway yeah. Fuck this game. I dunno what they were trying to accomplish with this shitty design, but they sure failed at making a Metroid game. I guess these guys just don’t get it. They don’t understand what makes this series good so they fuck it up. Same as what happened with Castlevania: Lords of Shadow, except at the very LEAST that game had acceptable combat. This doesn’t even have that.