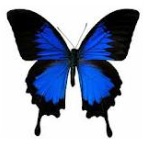 So my expectations before playing this game were that it was probably gonna be better than P1, but not as good as P3. After playing it, I can say that these expectations…were spot on. I guess it’s good that they’ve been improving as the series goes on, unlike some others who will not be named.

First off, the characters. There are only 6 characters who can be in your party in this game (and you never get to actually choose), which is kinda poor, but even if it doesn’t have many, it does have 2 good ones in Eikichi and Ginko. That’s a lot better than P1 which didn’t have even one character that I gave the most remote shit about, but obviously not as good as P3 which had Aigis, who is probably the best character in anything.

On the other hand, I will say that even if it loses on the character front, when it comes to the storyline itself, P2 probably has the best one out of all four games in the series. Strangely, the main character has more of a personality and backstory (and even a default name) in this one, though he’s still mostly silent. I’m fine with that, both approaches can work.

Another cool thing is that this game follows the same NPC dialogue patterns as Devil Summoner, where everybody’s dialogue in the entire world changes every time you make the tiniest advancement in storyline. That includes your party members, and since they have something different to say in every single area, that makes for a lot of optional dialogue. In P3/4 it usually took around 1-2 weeks for NPC dialogue to change, and even then they didn’t all change at once, so it was impossible to know which ones had something new to say without going through a bunch of others that were still saying the same thing.

Unlike the P1 remake, which received a major overhaul to the music (and a very good one might I add), they took a more subdued approach for Innocent Sin, only doing remixes of the original tracks. I guess I’m kind of sad about that since I like the P3/4 style, but not that much because the IS music is still good anyway.

But let’s talk gameplay. First off Innocent Sin is now completely third person, which is cool since I’ve never been a big fan of first person perspective in RPGs. That’s some Eye of the Beholder shit. That being said, overall it still feels closer to P1 than to P3. The battle system is only barely improved, oh sure it’s nice that you now get to see the turn order on the right hand side, and even though you still have to choose the actions for all of your characters before the first one gets to act, which is some Dragon Quest bullshit that I’ve never liked, you can kind of get around this by inputting a command for a character, pressing the auto-battle button, canceling out after that character acts, then inputting a command for the next character and so on. Other than those small things though, the Innocent Sin battle system still has none of the things that make SMT great. Hitting enemy weaknesses still does nothing other than doing more damage. If an enemy hits you with your weakness? Big fucking deal, as long as you got some good magic defense it still won’t do much damage anyway, let alone actually do anything that makes you care. If you hit an enemy with an attack that you’re not supposed to? Meh, no big deal, just try again. So in the end, a very inferior battle system compared to later SMTs makes battles in this kinda boring just like P1.

And if that wasn’t enough, it’s made even more boring by the fact that the game is waaaaay too easy even on Hard. I literally never got a game over even once, I’m pretty sure. Not that that’s very surprising since P1 was also way too easy and P3 was bordering on insulting with how easy it was. But it had other great things going for it, so I can forgive that shortcoming. One thing that pisses me off though, is this new carebear trend that I’m starting to see in Atlus games, where you choose the difficulty, but then it lets you just change it to another difficulty setting at ANY fucking time in the game just by going into the settings menu. Fuck is that bullshit? When you choose a difficulty setting you should be LOCKED into it from start to finish, otherwise what’s the fucking point? If you get to a tough boss that kicks your ass, you shouldn’t be able to just pussy out, go into the settings menu, switch to normal mode, beat him, and then switch back. That’s retarded. No, you should be forced to deal with it like a man. Yeah, I know what you’re saying: “It’s not like you have to do that, that’s just an option for other people”. You know what? Fuck you. You don’t get it. It’s the principle of the thing. Even the OPTION shouldn’t be there at all. Just knowing you could have gotten through by doing nothing more than changing a slider in the options menu undermines whatever effort you had to make.

Not that I’m saying Innocent Sin requires any effort. It doesn’t. I never tried easy or normal, but I can’t see them being that much easier. I was never even close to being in danger because enemy attacks never did more than about 10% of my HP, and most of the time not even 5%. I will say that enemies tend to have an inordinate amount of instant kill attacks (way too many, honestly), but this just ends up being more an annoyance than anything you need to be afraid of, since you can just buy 99 revival items. So it’s more of a “Ugh, not again, now I have to waste time throwing a revival bead instead of killing them faster” than “Oh shit, these enemies are tough”.

When it comes to the dungeons, they’re obviously automatically way better than anything in P3 or 4, but they still suffer from the problem that there just isn’t enough stuff in them. By which I mean chests and items. While I will admit that it’s better than P1 in this regard (not very hard, considering P1 dungeons were 100% barren), there are still too many places in dungeons where you’ll go through miles only to reach a dead end with absolutely NOTHING in it, especially early on. Look. If a player goes through a long dungeon, there needs to be an item or some kind of reward for them taking the time to do so. That’s just common sense design.

Demon negotiation is back here, and it’s still cool. This time, though, you can even combine two or up to three characters and have them team up in demon negotiation. The relationship between the characters you combine dictates how the negotiation will go, and these relationships can change throughout the game based on what has happened in the story, things you choose and events you get. You can get money, items, information, or cards to make personas from these negotiations. Persona creation is handled kind of differently in this game, instead of demons giving you their card, they now give you a bunch of cards based on their level. Instead of fusing 2 demon cards to make one persona, you need, say, 136 of a certain type of card. That may sound like a lot, but since demons give you dozens of cards per successful negotiation, it’s not really that much.

One gripe I do have though, is that there just aren’t very many worthwhile personas. Since they can’t inherit skills, there’s not much incentive to get a new persona unless it has better or at the very least equally good skills as the one you already have. This doesn’t happen very often. I’d be surprised if I used ten different personas per character throughout the whole game. Even when you’ve gone a long time with the same persona and you want to get a new one, you’ll just go through the options and be like “Meh. Nah. Nope. Meh. Meh.” and probably end up staying with the same one.

But anyway yeah. Overall Innocent Sin is decent but nothing special. No need to stumble over yourself to get it or anything.