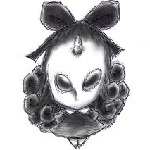 So this is an interesting little game. Black Knight Sword came out not too long ago and is a sort of throwback to old arcade style platformers. Think old Mega Man or Castlevania games. Well, Castlevania is probably more appropriate since you fight with a sword and not a blaster, but hell, the Vampire Killer had some good range to it in those games, here you practically have to be right next to an enemy to slash it. But on the other hand you do have a limited way of attacking from far away. I’ll get to that later though.

Being a throwback to those old games there are a certain number of things you should expect. First of all BKS is pretty short content-wise. It has 5 stages and they take on average 30 minutes to an hour or so to get through, not counting deaths and having to redo stuff, which is going to happen. A lot. Though I only played on Hard so I wouldn’t know what the death count might be like on the lower difficulties. So yeah, standard.

The story is also pretty simplistic. Basically you’re the Black Knight and you’re on a quest to defeat the White Princess. And that’s… more or less it. However, being that Suda 51 and Grasshopper Manufacture had a hand in this game, you’d expect that there’s going to be some fucked up shit here. And you would not be wrong. That premise makes you think it’s some kind of medieval shit but the game is actually pretty surreal. From the start you’re a hanged dude in a hotel room who falls off the noose and picks up the sword which turns you into the Black Knight. Then when you step out of the hotel you’re in the city and there are some planes bombing it and shit’s on fire. Then you get to a wolf pub. Then later on you ride a flying chicken and cross the border to Mexico and fight a biker gang on a highway near a diner. Hey don’t ask me what’s going on. I told you it was fucked up. And don’t even get me started on the terrifying invincible enemies wearing nothing but underwear that jump on your ass and hump you into submission if they catch you. Oh yeah, and the whole story is told as if it were a play being shown in the theater, so that’s interesting. Transitions are marked by the curtain falling and a lot of things in the background look like stage props. It’s funny when a little cardboard mouse appears in the background and then a cardboard cat appears, gives a fake-sounding meow and chases it. The gameplay’s decent enough. The Black Knight’s movement is tight so the platforming segments are fun. As I said before, your sword’s range is pretty pitiful so you generally have to be really close to slash enemies. Not only that, but the hitbox is kind of thin and precise so there can be annoying instances where an enemy is just above or below the blade and doesn’t get hit. On the other hand, I swear there’ve also been instances where I’m slashing and an enemy comes up behind me and somehow gets killed by my elbow or some shit.

Still, you also have the ability to attack enemies from far away by charging for a bit and shooting out your sword, though this is limited by the fact that it’s got a big delay on it after being sent out, and as long as it’s out there you don’t have access to your sword or your double jump. But the ability to hit stuff without having to get right next to it generally trumps the negatives, especially outside of boss fights where a lot of the time you can easily cheap out enemies by chipping away at them from so far away that they can’t even see you.

Now, one way that BKS is decidedly different from a lot of platformers is that it has a dodge roll which is really important to the gameplay because there are a lot of things that you can’t avoid without it. It’s a pretty good one, has a lot of invincibility at the start of the animation and covers a lot of distance quickly. It can even be used to go through enemies and other shit if you do it near them. But what baffles me is the shitty input they decided to give it: to roll backwards you need to crouch and then press the jump button. This is retarded because if you’re running and mean to jump, but, say, you accidentally ever-so-slightly pressed down-forward instead of forward you end up launching yourself backwards instead of jumping and probably getting fucked in the face. Why overlap the two commands like that? Especially because there’s a PERFECTLY GOOD FACE BUTTON that’s not being fucking used. Seriously, the O button is just sitting there, sad and neglected. He wants to be used so badly but NO. You just had to be dicks and discriminate just ’cause he’s a little bit more rotund than the others.

Secondly, the fact that you automatically roll backwards opposite the direction you’re facing can make things awkward sometimes because if you’re running in a certain direction and want to dodge roll in that same direction, you have to turn around and face the other way first. If they had just mapped the fucking thing to O like I’m saying then you would be able to simply specify the direction you want to roll with the d-pad/stick, which not only would be faster but also more intuitive than having to press the opposite direction from which you want to roll.

You’re also able to use magic, but it doesn’t really add much to the game because it’s just a God of War style magic where instead of being integrated into the gameplay it’s just a “I don’t wanna deal with this part” thing. It’s a very limited resource and kills everything on the screen while making you invincible for the duration. Meh.

While the game does only have 5 stages, you have to beat it twice to fight the real final boss and see the ending, and it’s made harder the second time through (although is still overall easier just because we know how to deal with everything) so it’s still worth it to play a second time. Overall BKS isn’t anything too special but if you like old school style platformers it’s fun and probably worth a download.