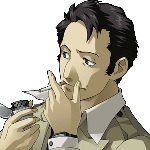 I didn’t have very high expectations for this game, Atlus’s remakes of their older games are never very good. Doesn’t help that they’re always on shitty handhelds now. Soul Hackers is no exception, being an incredibly boring piece a shit.

Soul Hackers is basically a dungeon crawler with fucking boring combat and boring exploration. Yeah I know the game is old but fuck you. Obviously if we compared this game to, like, Eye of the Beholder or some shit this game would be amazing. But I don’t give free passes based on age. If you suck now, you suck. I don’t give a shit if you’re a classic or whatever, I’ma call it like I see it. First of all, Soul Hackers’s battle system is boring. Nevermind the fact that it doesn’t use the press turn system, weaknesses and resistances barely make any difference! You don’t get extra turns for hitting enemy weaknesses and you don’t lose any for getting nulled or drained or reflected. All you get is a boring damage increase like an average cookie cutter RPG. Which I guess this game is. Yawn. You don’t even get any confirmation that you did hit a weakness. Not that it would matter. It also uses the old turn-based combat style where you choose all of your party’s actions before anyone takes any action, which sucks. The one that brings down the pace of fights and makes you have to anticipate damage by healing before you’ve taken any and makes guarding and defensive moves worthless unless you have enough agility to take your action before the enemy. Oh, it’s also first person, which is inferior to third person. Fact.

And speaking of first person, funny that I mentioned Eye of the Beholder because that’s how the dungeon exploration in this game is too, almost exactly the same as the simplistic fare found in Persona 1. Not quite as bad as Persona 1 though, because at least there are a few items to be found in these dungeons amidst the incredible amounts of dead ends. But not enough to keep them from getting boring, especially when they start getting long. The 30 floor dungeon near the end of the game is especially egregious, dragging out to incredible lengths through massive amounts of backtracking and general gophering. I wouldn’t even mind that much if at least the battles were fun or challenging or there was some sort of something going on, but no. Soul Hackers is way too easy so you barely even have any incentive to go through the battles. The only exception is the last string of ultimate bosses in the extra dungeon which do definitely take some work and preparation to not get murdered before you get a turn. But other than that? The main game is easy street. So boring dungeons that drag on and boring combat that presents no challenge. Bad combination. I swear to god I almost fell asleep during that 30 floor dungeon after a while. God damn.

Is there at least something good in the story to make up for it? NOPE. First of all the major characters are largely uninteresting. I don’t give a shit about ANY of these fuckers. The only cool guy I liked was an enemy who dies unceremoniously before you get to have your big battle with him (bullshit) and maybe Victor (the demon fusion guy) and his maid. The only party member you get besides the demons you summon is an annoying bitch and the rest of your team mates may as well not be there. The general plot isn’t any better, some faggot thing is stealing souls and you have to destroy it. Fucking whatever.

The only good thing this game has is that the demon fusion system is in there, which naturally makes leveling up more fun and meaningful since each level allows you to create new more powerful demons. Interestingly, demons don’t get exp or level up in this game, which on the one hand isn’t really all that bad since SMT has always been about continually replacing your demons with more powerful ones rather than leveling the ones you already have, but on the other hand I kinda miss having them learn new skills on their first few level ups. This way they feel a little too static, once you make one and see their skills that’s literally all they’ll have. And speaking of skills, another thing I don’t like as much is the way skill inheritance works in this. The skills a fused demon inherits are set rather than random or letting you set them yourself (as the system seems to be letting you do lately in games like P4G and Devil Survivor), which makes it a lot harder to get the skills you want. If a demon doesn’t get the skills you want no amount of rerolling will change that, the only way is to make a completely different demon. This makes it so that a lot of times if you want a particular skill really badly you can go a long time waiting for the right demon fusion opportunity for that skill to be inheritable.

Another weird thing with this game is that for some reason the sound is really, really low. Now, obviously the sound is already shit on account of the game being on 3DS. Gotta love Nintendo skimping on the things that actually matters in order to add a horse shit gimmick that makes games worse. Yeah I said it. If it didn’t have the option to turn off that fucking offensive 3D effect I’d stick that shit in the microwave. But even compared to other 3DS games it’s REALLY low. Even at max volume it’s hard to hear the voice acting unless you’re in a really quiet place or using headphones. And while we’re on the subject, the music doesn’t do anything for this game because even that happens to be bad. The worst offender being the surprisingly shitty battle music. COME ON. That’s like the most important song in an RPG and you blew it. The only decent ones are in a few of the later dungeons maybe but in general it’s all weak. When you fight Raido and Raidou in the extra dungeon it reuses a bunch of music from the Raidou games and the difference becomes clear.

I will say that the demon recruiting system is still good in this game, you talk with them during battle and depending on how you answer their questions they may join you, give you stuff, get mad at you, attack you, or demand that you give them something. The dialogue with demons can be interesting and humorous. Like if a demon asks you what you want in life and you’re like “Women” and he’s all “Awww yeah thaz what I’m TALKIN’ ’bout! *instant join*”. Also fourth wall breakage, like a demon asking you to recommend him a good game to play and you’re like “Soul Hackers”. Yeah, what can I say, you gotta lie your ass off if you want some of these demons. He won’t be able to complain that I recommended him a shitty game once I’ve used him as fusion fodder anyway.

Sword fusion is also here but doesn’t seem as good or useful in this game because most of the time they don’t end up being that much stronger than weapons you can find, plus the fact that you can have up to 5 allies means there isn’t much pressure on your character to do very much, or even any damage at all. Add to this that you get a game over if your character dies and it seems better to just focus on becoming a wall and let your other party members deal the damage. Doesn’t help that your character isn’t able to use any magic or skills. The fact that you can even pump points into Magic on level up is almost a trap because your character doesn’t have any.

You can also install software on your comp to help you with demon negotiation (you can only install about 3-5 programs) and other things, although frankly a lot of the programs seem really worthless, like a program that lets you see what time it is. Are you fucking kidding me? I could literally just press the home button on the 3DS and look at the time there. Or I dunno, look at my phone. The best programs to use are pretty damn clearly above the rest. Namely, the program that lets you save anywhere you want is god tier and way better than anything else. Then the next best are the ones that improve item drop rate and protect you against back attacks. Not because back attacks are actually dangerous, nah, this game is way too easy for anything like that to be threatening, but more because the game is a dick and reverses your party formation every time you get back attacked and it’s annoying having to put it back every time.

Then there’s the retarded hacks. Basically you can “hack” your comp to get around basic gameplay, such as allow you to have a party of any demons regardless of alignment, or automatically reveal the entire map of the area (which actually sounds like it would be a liability because you wouldn’t be able to tell which places you’ve explored anymore), or the worst one, a difficulty hack. You can increase or decrease the difficulty at any time including in the middle of fucking combat. I’ve said it before and I’ll say it again, I fucking hate this trend of letting you adjust difficulty at any time. If things are getting too hot you should be forced to man up or start over, not just turn a fucking dial. What’s next, letting you skip over whichever parts you want? Oh wait, Nintendo already did that.

But whatever. Soul Hackers finally gets released outside of Japan, but it doesn’t look like we were missing much. Don’t bother with this shit.