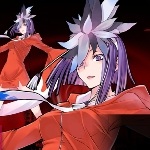 Yo. What be ups. It’s Devil Survivor Overclocked time. What we got here is the single, sole, and only reason to buy that worthless garbage known as the Nintendo 3DS. Yeah that’s right, and it’s not even a new game, but a remake of an old DS game! How sad is that? Well, pretty pathetic as it concerns the 3DS, but on the other hand, Devil Survivor was a really fucking cool game man, no lie. I already reviewed it back in 2009, so go check that out if you haven’t already, since it’s still basically the same game.

So, if you read that old and musty review, you already have a pretty good idea of what this game’s like. And are probably asking “So then why even make another review for the same game at all?”. Yeah, this review is pointless but you know what? Fuck you. You can’t control me. If I wanna review the same game twice, I will. In fact, I could review the same game five times in a row, what are you gonna do about it? That’s right, you can’t do SHIT about it. Bitch.

Where was I? Oh yeah, so seriously, being the dangerously irrational SMT fanboy that I am, I was hell of looking forward to this remake. Whereas anyone else with any sense would just be like “You’re fucking high if you think I’m forking over 250 bucks for a 3DS”, I’m just like “Devil Survivor remake? Fuck it, gimme that brick. I’ll use it to weigh down all my important business documents for 3 months until the game comes out.” And I mean, it really is a great game, with an awesome story that will be very difficult (probably impossible?) to surpass. ‘cause let’s be real here. How could you top annihilating God, becoming the supreme being, king of demons, immortal, invincible, and ruler of all things? Answer: You can’t. After all, isn’t that every man’s dream? Don’t lie to me, of course it is. I’m sure Devil Survivor 2 will be good and all, but this one will always have the much cooler story, you can count on that.

But yeah, you can also expect all the other good things from the original. Good art, decent music (maybe a few great songs here and there), although, since the 3DS is a complete piece of shit, it somehow STILL hasn’t evolved beyond the original DS’s abysmal sound quality, bringing everything down. Yep, that’s right, Nintendo strikes again with their cheap lazy shit. 250 bucks for this trash and you couldn’t even put some decent speakers on the thing? Are you fucking kidding me? And before you ask, no, it’s still complete shit even with headphones. Listen to this stupid thing, and then listen to, I dunno, a PSP, or hell, an iPod. The difference in quality is enormous. But where was I? Oh yeah, and you can expect the wealth of extremely well done choices and paths that make Devil Survivor unique and famous amongst its SMT cousins.

On top of that, they’ve made the entire thing fully voice acted, which is always nice. Granted, this means that those insufferable bitches Yuzu and Midori are even more annoying, but you’ve also got the good ones like Kaido, Naoya and Gin so it’s all good.

But of course, the main new thing, as everyone knows, is the addition of the eighth day. The original game takes place across 7 days, and DSO adds an extra one after the end. But the eighth day you get is different depending on which path you chose and which ending you got. As you know from the original Devil Survivor, there are many paths you can choose to deal with the demon infestation. You can choose to become Yehowah’s messiah and cement his dominion over mankind, you can enslave the demons with technology, you can run away from it all like a pussy, you can erase the demons from the world and put it back to the way it was, or you can become the demon king and kill God. Obviously I chose the last one ’cause that’s clearly the best one, but what’s really great is that the eighth day you get is specifically tailored to which of the paths you chose. And that’s not all, not only is it different depending on that, but also within the extra day of the demon king path there was a branching path where I got the option of telling my underlings to not attack humans, or to kill everyone that defied me. And based on that the day changes, you get different scenes, different characters join you, you have to fight different characters etc. I gotta be honest, this was awesome and very well done.

Now, something that really fucking pisses me off, is starting up the game and what do I find, but that they added a new easy mode, and yet NO HARD MODE. What in the fuck are you assholes thinking? An easy mode literally adds NOTHING to the game, whereas a hard mode would undoubtedly make it better. I even held on to hope thinking that maybe a new hard mode would be unlocked after beating the game, but NO. Nothing. I would have played the entire game all over again immediately if you unlocked a hard mode. How could you ignore such an important feature? And what pisses me off is the insolence of it all, like, it’s not that they just forgot about it. They actually took the time to add in a difficulty mode for pussies and women, instead of one that would actually markedly improve the game. Granted, the game is decently tough, I died a few times, but still not enough. A little more difficulty never hurt anybody.

Another thing that pisses me off is the fact that, like the original Devil Survivor, upon beating the game, they carry over so many things as to make a second playthrough pointless. I’ve said this before, but this idiocy started by Chrono Trigger of carrying over your things into a new game+ needs to stop. What kind of jackass thought this was a good idea? There is nothing more phenomenally boring than starting the game with all of your skills unlocked, with all your sick mad nasty tricked out level 80 demons, all your money and whatever the fuck else. Nothing makes me want to quit and sours a second playthrough more than that bullshit. Persona 3 had the same problem, there was no way to start a new game+ without your character starting at level 99. Thankfully Persona 4 rectified this horse shit. I don’t know who did that, but he needs a promotion, ‘cause that guy knows what’s up. Unfortunately it appears that smart guy wasn’t around for DSO, because it repeats this same mistake. And don’t fucking tell me that at least the option should be there. No. Fuck you. Why would anybody want to play a game where you kill everything in one shot? If you think that’s fun then you’re a retard. You should have to start from scratch. And add a god damn hard mode while you’re at it.

Devil Survivor really is a great game, but is it worth rewarding those Nintendo assholes and shelling out the cash for such a bad piece of hardware like the 3DS? Probably not. Especially when you can play (almost) the exact same game on the regular DS. I mean seriously, 3D is an even worse gimmick than motion control. Fuck this. Buying a 3DS for DSO is strictly for the craziest of tards (me). If you can’t stomach giving Nintendo money, good for you. You made a smart decision.