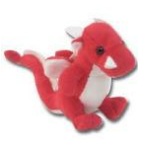 DAMN, yo. Finally a game that is good. In case you somehow don’t know, what makes Dragon’s Dogma special is that it’s made by the director of the Devil May Cry series, the producer of Resident Evil 4, and a lot of the staff members that worked on said games. Now, the interesting thing about Dragon’s Dogma is that I actually hated it when I first played it. The reason why is because they hyped up the combat too much, saying they designed the game with their knowledge and expertise in action games, that they wanted to make an RPG that really put together the action part. They compared the combat to DMC, said you’d even have a moveset similar to it, etc.

What you gotta understand is that all of this is plain, blatant, bald-faced, pants on fire lies. Do NOT be fooled by the lies and the hype, the combat in Dragon’s Dogma is NOT good. It’s not even REMOTELY anywhere near DMC territory, hell, just the very act of comparing the two is insulting. There is nothing to compare because they are 100% completely different games and completely different genres. So that’s one of the reasons I hated the game, because the combat was terrible and I was promised something good. The other reason is because the art is shitty (only the characters though. The world itself is beautiful). The characters are fucking ugly and almost look like something pulled out of Elder Scrolls (I say ALMOST because, let’s face it, few things can actually achieve that level of character fuglitude. You gotta be trying to make something that ugly. And yeah that‘s right, I‘m making up new words, what up). So shitty combat, and critical lack of style. Not only that, but the plot was completely uninteresting and I didn’t give a single shit about any of the characters. It was looking grim for this game. It was even looking like I might just give it an F and never finish it.

But you know how it is. I don’t review lightly. Gotta stay legit. So I kept playing, and my opinion about the game eventually changed completely. Not because the combat eventually got good. It didn’t. It was because I saw that the game was good, but for completely different reasons than what was advertised. Before we get into that though, let’s finish talking about the combat. As I said before, it’s not good, there’s absolutely nothing remarkable about it, it’s not even remotely close to an action game (except maybe fucking terrible ones) and is much closer to, say, Demon’s Souls. First of all, it doesn’t have a real dodge move. Everybody knows this is probably the most important aspect for an action game. Some kind of roll, dash, slide, something to get out of the way quickly and avoid attacks. Dragon’s Dogma lacks this very basic thing. Oh sure, there is a skill that allows you to roll, but guess what? It’s only available as a dagger skill AND it’s not even very good anyway. Which means that the absolute most basic and fundamental of moves is relegated to something only specific classes can do, and even then only when they have a dagger equipped. So you wanna use a sword on your assassin? Welp, say goodbye to that roll. Not like you even needed it anyway though.

But anyway, secondly: just mobility in general. Good mobility is paramount in action games and this game completely lacks it. Your character is more grounded in reality and physics and that just makes for a bad system. The lack of a dodge move is part of it but even just moving around and your pitiful jump all feel lackluster and inappropriate for an action game. A good example is the warrior class and its 2-handed weapons. 2-handed swords in this game are SOOOO fucking slow it feels like they weigh a ton. You swing that shit and your character is just like…HEAVE… WIND UP… SLAAAAAAASSSHHHH… etc. And if the enemy happened to move? Get ready to sit there for the full strenuous animation killing the air like a retard. Now, I will admit, giving real weight to your weapons can be cool, and it’s definitely satisfying to whack an enemy with your gigantic sword and crush them, but let’s be real, that kinda shit doesn’t make for a good combat system. Do you see Dante struggling against the unrelenting forces of gravity to swing his sword? Fuck no, he spins that shit around like it’s a piece of paper and juggles enemies in the air with the force of his bullets.

Thirdly, the presence of the stagger and knockdown stats is incompatible with any real action game. Basically, if you fight a strong enemy, he can hit you and said hit stuns you, and then he can just keep hitting you over and over and you cannot do SHIT other than just hope your controls start working again at some point. Needless to say, this is annoying as shit and makes for terrible combat. But it also works the other way around: if you are strong, then your attacks will do this to enemies while their attacks won’t even faze you. Which means eventually you can just go balls out wailing on enemies and they can’t do shit to you. Again, not a good combat system. But all of this that I’ve told you leads to a very important point about the game: Dragon’s Dogma is 100% a pure RPG. The sooner you understand and accept this, the sooner you can begin to appreciate the game for what it is, rather than resent it for what it is not (or for what it was advertised as being, as the case may be). You see, when you fight a strong enemy in an action game and you fail or do badly, the answer is always to go back in, try again, get better (pussy). However, in Dragon’s Dogma, the answer is always build yourself up, level, get better gear, improve your party composition. Why? BECAUSE IT IS AN RPG.

And as an RPG, Dragon’s Dogma is very good. It’s an open-world RPG kind of like Elder Scrolls ‘cept not exactly ‘cause Elder Scrolls sucks some massive cock. Dragon’s Dogma doesn’t because even though the world is very big, it’s all designed and crafted by hand, which does away with that generic/sameness/pointless feeling in Elder Scrolls games. Not only that, but places are very well designed so exploring in this game is a lot of fun. It’s like the developers thought of everything and put hidden chests, items and secrets pretty much in every nook you can explore. You can even trigger dialogue from your pawns just from walking somewhere, even if it’s a totally inconspicuous corner.

Oh right, pawns. Gotta talk about those. They’re basically your party members, you have a main pawn which you create like your own character and who stays with you all the time and then you can recruit 2 more to round up your party, which you have to be replacing every now and again because they don’t level up like you or your main pawn, so they lag behind like bitches. They’re called pawns because that’s what they are. They’re tools, not characters. I think I would’ve liked if at least your main pawn were more of a character, had some sort of personality or some semblance of SOMETHING going on to make him interesting. But nope, he’s just a weapon. No emotion, no thoughts, no growth, no development (except maybe at the very end of the game). In fact they’re so devoid of personality that you can just set it (ordinary, arrogant, timid etc) and change it around at any time. Now, of course despite this lack of personality they still chatter fucking ENDLESSLY. Maybe a little too much. But aside from this, gameplay-wise pawns tend to have serious left syndrome and can be extremely retarded and annoying. They can jump off cliffs for no reason and die forcing you to reload, which is always gay. Or just in general they tend to not fight effectively. For example, fighting ghosts which are only affected by magic when you’re a job without access to it, even if your pawns are mages it takes fucking EONS to kill ONE god damn ghost. Just ONE. BITCH. Because they’re running around like a buncha headless chickens instead of doing something good for a change. So you just stand there tapping your foot waiting for their dumb asses to hurry up and kill it already.

And oh yeah, vocations, that’s another good aspect of the game. There are 9 jobs in the game and you can switch between them at the inn. Each job has 10 ranks which you advance through as you fight and kill enemies with it and each rank you learn new skills and powers with that job (and powers that you can use on any job). The system works well, offers good progression, more incentives to get exp, and it’s fun to try different jobs and rank them up and unlock new moves.

Another thing I like about the game is how there are tons of quests everywhere, and every time you advance new ones pop up in old places you’ve already been, so you can be rewarded even more for your exploration with new quests.

I would’ve liked it if the game were a little harder, because eventually (read: too quickly) you become too powerful and nothing can stand up to you anymore. I would’ve liked it if there were more instances of very difficult areas that forced you to get stronger in order to explore them. But that never really happens except early on and even then only if you really go out of your way to go to places you’re not supposed to.

Something that fucking pisses me off is that the game only has one save slot and it’s constantly auto-saving and overwriting it. Which means if you do something wrong or if it’s something really stupid and obscure that you couldn’t have known beforehand, you might not be able to go back. This kind of dick move with saves has never been cool in any game. Ever.

I also would’ve liked it if they had fleshed out the affinity system more. You can raise your affinity with a character by doing quests involving them or giving them presents they like, but the problem is that there are WAY too many characters in the game. I’m talkin’ hundreds here. So of course since they have too many they only give them the barest minimum of a background and development. Which means that maxing characters’ affinity doesn’t…really do that much.

But whatevs. Despite all my bitchin’ Dragon’s Dogma really is very good. The world is very big and compelling (but not so big that they have to resort to shitty design), there’s a lot to do, and it’s very addicting and fun. It’s honestly one of the best games I’ve played in a while, so I fully recommend buying it.