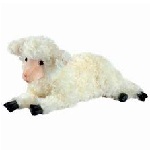 Aight, let’s talk. Catherine is an interesting game that I’d been looking forward to for a long time. On the one hand, I’ve never been a big fan of puzzle games. On the other hand, this particular one is made by the Persona Team, with important people working on it like Shigenori Soejima who makes very pretty art, and Shoji Meguro who is a god damn genius and will cause a tragedy of legendary proportions when he stops making music. Not to mention, after the clever bit of advertising plugging Vincent Brooks into P3P, how could I say no to this game?

My first thought when I first started this game was that it was the hardest shit I had ever seen. ’course I started playing on Hard, and the game did say that mode was for masochists, but still. It literally took me 5 hours and like 50 deaths just to pass the first level. Then it took me like more than 100 deaths just to pass the second level. Doing them perfectly and getting the gold prize was even harder. If it was that hard, and those were only the first two levels, it sure was shaping up to be some ridiculous shit. But interestingly, the game only gets more manageable as you go on, even though the levels do technically get harder, because as you keep playing you build more experience on how the game works, techniques and intuition that help you solve the puzzles more easily. After playing for a while, I went back to redo the first level that had seemed so hard and easily aced it. I could see everything so clearly now, and couldn’t even understand how it had given me so much trouble before. So that was cool.

In case you don’t know,  the puzzles basically consist of pushing and pulling blocks around to create a path upwards to the end of the level, while the whole thing steadily crumbles from bottom to top, so you have to climb fast before it catches up to you and you fall to your death. And you can’t pause to think about the solution because the game fades it out when you pause so you can’t see. You also have to be careful just how you move blocks, it can be easy to make a mistake and move a block in a way that gets you stuck, making you have to start the level all over. The levels are actually pretty well-designed to be honest, and getting gold prize for all of them on hard was fun. Now, don’t get me wrong, I said before that puzzle games have never been my thing and it’s true. Even though I think they’re well-designed and the highlight of the game, I can’t say the gameplay in general is as fun as, say, Trauma Center. But yes, you heard me right, I said the puzzles are the highlight of the game. Which is very unexpected, since it’s not why I got the game! I got it because the story, the premise, the general experience looked interesting.

Hwell, I’m here to tell you that you should not buy Catherine for these reasons, because the story in this game is a piece of SHIT. Okay? First of all, let’s look at our protagonist, Vincent Brooks: a thoroughly unlikable, idiotic, irresponsible, sorry excuse for garbage. Seriously, playing as this pussy is infuriating. In case you don’t know, Vincent is a dude that gets absolutely shitfaced drunk every night, and one night a random woman called Catherine forces herself on him and the next day he wakes up in bed with her and can’t remember what happened. Naturally, he thinks he just cheated on his girlfriend, Katherine. So what does this son of a bitch do? Nothing. That’s right, nothing. Doesn’t try to find out what happened, doesn’t set things straight with Catherine, doesn’t tell her he already has a girlfriend, doesn’t tell Katherine about it, nothing. The game makes it look like he wants to say something, but he’s too scared and confused to do it, and then Catherine just smothers him and apparently he forgets about it and just goes with the flow. I guess because he’s an animal and not man. Seriously, EVERY single fucking scene Vincent is just sweating bullets, stuttering, lying, and just in general being a huge fucking pussy. Eventually he’s just straight up leading both Catherine and Katherine on, lying to both of them and making them think he’s not seeing other women. And of course the game doesn’t give you the option of “Stop being a pussy and be honest for once in your god damn life”.

Just to give you some examples of how big of a jackass this protagonist is: at one point Katherine tells him that she’s pregnant with his child. What does he do? Nothing. He’s just scared, confused, and then tries to act like he’s happy about it. ARE YOU FUCKING KIDDING ME?! How enormous of a DUMBASS do you have to be for a bitch to come and tell you she’s pregnant and you don’t even QUESTION it? Let’s get one thing straight. You have to be a 100% grade A imbecile to get a bitch pregnant without meaning to. No ifs or buts. So, regardless of whether said pregnancy is real or not, for Vincent to just accept it is really the height of stupidity. And if that wasn’t enough, once he’s sure that Katherine is pregnant, he’s STILL not sure about what he’s going to do. That’s right, he actually considers whether to marry Katherine or abandon his child. Just… I barely have words for that. There is NOTHING to consider in that situation. If you fuck up like that and then don’t take responsibility for your actions you should be executed. Those kinds of people don’t deserve to live. I am dead serious here.

In another scene, Katherine is scolding Vincent all like “You bought a new cell phone already? And you just bought a new computer last week! You waste money so much. I’m going to be controlling all our bank accounts once we marry” And he literally doesn’t protest. Holy fucking shit, talk about pussy-whipped. If a bitch ever dared say that to me I would just be all like:

It’s just impossible to identify, or hell, even sympathize with a protagonist like this. And this is a big problem, in any work of fiction. I wish the game would give you more control so that Vincent could act more like a sensible human being, but hey, then there would be no plot, because the entire story is basically built on the foundation of Vincent being a fucking dumbass.

Next, let’s look at the two women, Catherine and Katherine. A very important part of the story is, do you want to go for Catherine, or do you want to go for Katherine? The problem is, both of these characters fucking suck, so it’s a shitty choice no matter which way you look at it. A big reason for that is simply that the story is so badly made that these two characters barely get any exposition or development. They get so little screen time and dialogue that you never really get to know them. By the end of the game I felt like I knew as much about them as I did by reading their descriptions in the booklet. There was a comment made by Soejima that I thought was especially interesting: “Also, in the Persona series, the characters grow along with the story, but the characters in Catherine are fully-grown adults. I was often asked if I had trouble with this different type of atmosphere, but it’s actually a lot easier to create characters that have “no room to grow””. Indeed. It’s a pretty large gap between these cheap garbage characters and the amazingly well crafted ones in Persona 3 and 4. I couldn’t care less about Catherine or Katherine, which makes it more than a little jarring once Vincent makes up his mind to go for one of them, all professing his love and saying how important she is to him. Really, Vincent? I’m not feeling it.

Interestingly, in the ending I got, Vincent ended up with neither of them, which I’d say is the best ending because I certainly don’t want to marry that uppity ass control freak Katherine who is grilling me every fucking day like she owns me, and I certainly don’t want to get with that sex fiend whore Catherine who is willing to bed a random drunk mere hours after she meets him in the bar either. But it’s also not a particularly good ending because the only reason he ended up with neither is because Katherine dumped him after he begged her to marry him, which isn’t at all something that I chose.

And yes, you do get choices in the game that affect the story, but as you’ve probably inferred, not good ones. The things you can reply to Katherine or Catherine are never what you really want to say, and are usually a choice between either continuing Vincent’s lies, or saying you’re too tired to talk or something equally shitty. You also get asked a lot of questions which affect your alignment, which more or less means which chick you’ll go for, although sometimes the 2 choices are too black and white, while other times the questions barely even have anything to do with the main issue. It’s just plain badly made. You want to see how to do this whole choices thing properly? Look at Nocturne and Devil Survivor. You shouldn’t have too much trouble looking into them, they’re made by your own fucking company.

At least Shoji Meguro is still on point. Catherine has some good music, and something that I thought was really awesome was the jukebox in the bar that lets you play old songs from other games like Digital Devil Saga which unlock as you complete more challenges. Although man, it sure was a disappointment to find out that the OST they give you with the deluxe edition of Catherine only has 12 songs in it, and none of the best ones even! What a gyp.

So yeah, there you have it. The only way I can recommend this game is if you like really difficult puzzle games, because that’s really all Catherine has going for it. Do NOT get it thinking it will have a good story like I did, because it doesn’t. It’s very poorly made and a disappointment coming from the Persona team.