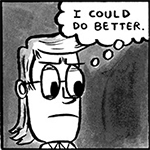 So even before I got this game I was pretty sure it was going to suck. Oh what’s that you’re saying? “You think that about every game!”. Yeah, well, it ain’t my fault everything is a sack a shit these days. Sheesh. Anyway, so what we’re pulling outta the sack today is the latest Castlevania. Lords of Shadow originally got some (undeserved) hype from the news that Hideo Kojima was to have a hand in it. Everyone was either like “Oh Castlevania on consoles is saved” or “Fuck, now Castlevania is gonna have nano machines and 15 hours of cutscenes”. In reality it was a huge scam because that nigger didn’t do SHIT. Turns out the extent of his role was “advisor” or some bullshit. Hell, at the start of the game a logo comes up that says “In association with Kojima Productions” or whatever. That’s just a fancy way of saying these guys actually had nothing to do with the game but we’re just dropping names for street cred. Hell, I bet Kojima never even showed up at the office. They probably just sent him an email asking him to help out and he was like “Yo that dude’s face is too ugly, make it better”. Oh wait, that is literally what happened.

But whatever. Lords of Shadow actually doesn’t suck. At least, not outright. It’s just a very average game. It’s competent. It doesn’t really have anything that makes you go “Man this game sucks” but it doesn’t really have anything that makes you go “Man, this is a good game” either. What it DOES make you say, though, is “My ASS that this is Castlevania” because Lords of Shadow plays NOTHING like a Castlevania game. And just to be clear I’m talking about the ones like Symphony of the Night and Aria of Sorrow. I don’t give a shit about no NES games or Rondo of Blood or whatever the fuck came before SotN. Castlevania just wasn’t as good until they decided to blatantly rip off Metroid. Okay? Fact. Shut up. Nothing wrong with stealing design when you pull it off as well as SotN. In fact, they pulled it off so well that that is basically what Castlevania is all about now. Or at least it should be. So why in the cunt did they just decide to toss that out?

I mean just look at this horse shit. Lords of Shadow is so ridiculously linear that I’d even go as far as to label it an action game. There is no sign at all of the Metroidvania style. There is no huge castle to explore. There is no map to complete. You don’t even need a map because everything is a fucking straight line. The game is broken into 10-15 minute long levels just like Devil May Cry. There are powerups to find, but they’re hidden in the typical action game fashion. Off in a short side path, somewhere the camera doesn’t let you see, shit like that. And there are definitely no instances where you can find new areas with an item you found or cool stuff like that. No. The most you’ll get are fucking cop outs like a door you can’t open or a ledge you can’t jump to with an upgrade. And the game TELLS you that you can’t open it or reach it until you get an item. There’s seriously no satisfaction at all about getting this shit.

And I guess it wasn’t made to be that way, because this game clearly wasn’t designed to be a Castlelvania. So, so many fucking things just scream God of War rip off, it’s ridiculous. It’s like the developers were just like “Which game was popular? God of War! Let’s copy that shit!” Like I said before, there is nothing wrong with ripping off design. The problem though, is that Castlevania rips off Metroid extremely well, but Lords of Shadow fails at matching up to GoW (which itself fails to match up to DMC, so why are you even using GoW as a benchmark? Oh right, because you’re all retards). It’s all very, very similar to GoW. From the way your chain whip works (just like Kratos’s chain blades), how you can grab enemies from the air with your chain, how you can instant kill regular enemies with a grab (that is fucking terrible design by the way), how you get quicktime event things with bosses or when killing enemies. It’s all very blatant. This isn’t Castlevania, this is just some stupid God of War clone.

The combat is acceptable, I guess. Definitely not up to par with real action games like this year’s Bayonetta or even God of War 3, which weren’t even amazing games themselves. Overall I’m disappointed because I don’t think copying GoW is the right way to go for this series. It’s not like they’ll be able to top real action games, so they should’ve just stuck to their main draw which is the SotN style. And sure, they’ve never been able to successfully translate that gameplay to 3D in 15 years, but that’s only because they’re fucking incompetent. Metroid Prime did it just fine, so don’t gimme that horse shit. Fact is you guys are bitches. Even I could do a better job designing this game than Kojima. Oh wait sorry, he actually hasn’t even heard of this game.
Aside from the overarching decision to make this game suck, I certainly wouldn’t have stood for how your character’s movement just feels unnatural. And who the FUCK thought it was a good idea to have the camera shake constantly even when you’re standing still like you’re being filmed by a god damn amateur with a cheap camera? Jesus fuck you guys are amateur. Oh what, you think it’s “artsy” or some shit? I’ll tell you what’s art, my boot up your fucking ass, that’s what.

And you know something that really pisses me off? How awful the music is. If there’s one thing I’ve come to expect from Castlevania it’s bomb ass music. Seriously I fucking dare you to play SotN, look me in the eye, and tell me songs like Lost Paintings, Crystal Teardrops, Tragic Prince etc aren’t beautiful. I’ll kick you in the dick. Because you’re lying. Unfortunately Lords of Shadow doesn’t have ANY good music at all. Which is funny because it comes with the soundtrack. I’m not even touching that disc, let alone putting it anywhere near my drive. The songs in this are so fucking generic and uninspired. Where the fuck is the SotN composer? Shit, I wouldn’t be surprised if he just plain got sick of you guys being fucking failures at everything and left.

Oh, and the story is pretty average too. Although that’s to be expected from this series. Oh, and even in the story department it kind of rips off God of War as well, in that it’s revealed that the main character killed his own wife. Yeah, spoilers. You think I give a shit? This is how much of a shit I give: || and that’s about as much of a shit as you should give too because the story in this game isn’t anything worth caring about. I will admit that it does have one saving grace in that at one point you meet a random annoying as hell bitch who you just want to get rid of and you’re hoping to fuck that she doesn’t become the lead female or something retarded like that, and the game delivers by having the main character kill her as well. So good job on that front, LoS. If there’s one thing I can get behind it’s putting bitches in their place. Their place in this case being the grave. Though I have also been known to settle for the kitchen.

But what was I talking about? Oh yeah, how I hate women. Oh wait no, that wasn’t it. Oh right, to what lengths will they go to copy God of War?! It’s not even THAT good to begin with! Oh sure, it got crazy good reviews and the mainstream saying it’s better and more fun than DMC, but that’s only because people are simultaneously pussies and retards. And for that same reason LoS will be liked. Oh, believe me, I’ve seen it. I’ve even seen dipshits calling this the most fun game of the year. Fucking seriously? I know 2010 was a piece of shit with pretty much nothing worthy being released but come ON you people. At least have SOME fucking taste, holy shit. Good thing I’m here to set the record straight: this game is not good. There. No need to thank me. After all, my telling morons how wrong they are is god’s divine work.

But hey, I’m not gonna be unfair. Like I said before, LoS isn’t bad either. Although it failed to be compelling in any way, I didn’t dislike playing it. It was even somewhat enjoyable at times. I can’t recommend it, but you could certainly do a lot worse. It’s just not the game it should have been, due in large part to a deluded vision. Designers not understanding what Castlevania should be about. But guess I shouldn’t be too surprised, once the credits rolled almost the entire fucking development staff were Mexicans. Fucking Mexicans man. First stealing our jobs and now fucking with our Castlevania. What? What’s that you’re saying? They’re actually Spanish? Bitch, what’s the difference? All Hispanics are Mexicans to me anyway, and they’re all equally incompetent. So don’t gimme none of that shit. What’s next, saying all Asians aren’t Chinese? Please.