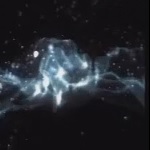 Beyond: Two Souls is the latest game by Quantic Dream, them niggaz who previously made Heavy Rain. Heavy Rain may have had some…shortcomings, but it was actually a pretty interesting and enjoyable game, so this next one was one of the games I’ve been looking forward to. See what they’ve cooked up this time, see how they’ve improved, what have you.

The game plays a lot like Heavy Rain: lots of quick-time events, not much freedom of movement, scenes that can play out in different ways depending on what you do. Now it doesn’t explicitly tell you what to press during fights (y’know, just to troll you into pressing the wrong direction), you have to watch the character’s actual movements, which makes things a little bit more difficult, but not much. You can change the settings to make the commands you have to press appear, but doing this also restricts your movement during other parts of the game, so it’s not that great. The way scenes play differently is cool as usual, and while it won’t necessarily change the overall outcome (you’ll still end up in the same spot eventually) you might get there through a different path and see things others didn’t.

What’s new in BTS is that it also has a bit of Ghost Trick shit going on. You know, Ghost Trick: Phantom Detective? That cool game from a couple years back made by the same dude as Ace Attorney that is a lot better than this game? Go play it, asshole! Anyway yeah, BTS is sort of a cross between Heavy Rain and Ghost Trick. Basically, you play as a girl called Jodie, who has a powerful ghost friend named Aiden who is able to do many supernatural things like manipulate real world objects, possess people, heal injuries and even stop bullets. You can switch between controlling both of them by pressing a button and although Aiden is tethered to Jodie by a psychic rope, looking around with him is a lot more effective because he has a lot more freedom of movement since he can float up or down and go through walls and plays from a first person perspective.

I like the concept, but Ghost Trick honestly did it better, and although it had potential here in BTS for more complex puzzles due to it being in 3D, in practice that angle doesn’t really get explored and Aiden’s uses remain very obvious and straightforward. As for the story side of things, I also like the concept, I mean, who wouldn’t want a ghost friend that lets them run around being a god moding troll? Are you fucking kidding me? Think of the possibilities.

However, the problem with Beyond Two Souls is that the story just… isn’t…fucking… interesting. At least Heavy Rain had some semblance of a mystery going on. It felt like you were discovering shit and getting closer to revealing the Origami Killer. Beyond Two Souls has… nothing really. What, Aiden? That’s not a mystery. We already know what he is early in the game. The fact that the game is so unashamedly supernatural compared to Heavy Rain is also a problem because you know the ghost world thing is something that can’t and won’t be explained. It’s just there because it is. This results in a game with a very generic and uninteresting story. The plot basically amount to: there’s a secret ghost world, the military wants to harness it for their greedy interests but obviously can’t control it, so you have to stop them and save the world because you have ghost powers. That’s pretty much it. Sounds just like your basic everyday action game/RPG plot, right? And that’s fine, those games can get away with it because the gameplay (presumably) keeps it worthwhile. Hell, when a 5-story tall ghost monster pours out from the depths of Hades to kill you I was jokingly expecting the screen to shatter and an RPG style boss battle to start. At least the game would’ve been more fun that way. But the gameplay in Beyond Two Souls is the same as the one in Heavy Rain. That is to say, there isn’t much of it. Some Dragon’s Lair style QTEs during action sequences and other arbitrary button presses to do rudimentary things like getting off the sofa or drinking some water.

There are a couple of chapters where the game has some Metal Gear Solid shit going on with you stealthin’ on some fools which seems like it could’ve had potential, especially with the whole Aiden angle of using him to scout ahead and plan your next move and distract soldiers, but it’s never fleshed out and very little of the already incredibly short game is spent on it. As I said, just a couple chapters. It feels more like a brief genre departure from the normal game such as your pointless racing segment in an action game. Plus, it’s not even really possible to get spotted, all that happens is that when you’re about to you’ll get a cinematic of Jodie backing off. Point is, this type of game NEEDS a good story to carry it, and Beyond Two Souls isn’t up to snuff. A lot of the story is spent on the pretense of finding out the cause and nature of Jodie’s ghost powers and the ghost world, but there’s no point to this because you’re not going to get a good answer. The answer is simply that there’s a ghost world because it’s there. Period. And Jodie has ghost powers because she had a really special bond with Aiden and uhh… yeah. A wizard did it. You may as well ask why the UAC experiments in Doom opened a gateway to hell. Stop asking so many questions and just go shoot up some demons, nerd. It’s like how at one point Jodie wants to go meet her mom that she got separated from at birth. When asked why, she’s just like “Because she’s my mother. I just want to look at her and it’ll tell me where I come from!” I don’t… what. What does that even mean? You come from your mother’s womb. It’s not a fucking mystery, bitch. See, meeting the killer’s mother in Heavy Rain actually served a purpose in leading you to discover his current identity. In this game meeting the mother serves no real purpose other than to say “Yeah, Jodie has ghost powers because both her parents had them and she inherited it. And her parents had it because…uh… a wizard did it. Oh thanks a fucking lot, I really wanted to know the answer to that mystery.

There are just no questions throughout this game. Nothing that I feel like I want to know or am interested in. When it’s not the basic military-trying-to-harness-the-ghost-world plotline, it’s just random inconsequential shit that’s happening because, I don’t know, they couldn’t think of more scenes to put in the game even though it’s so short? I guess at one point you work at a farm for a couple days. At another point you act as midwife for a pregnant woman. Meh. This doesn’t even work for the purposes of character development since you just see those characters in that chapter and then never again. What’s that? It’s developing Jodie? Fucking whatever, I don’t give a shit about the bitch. Same deal with all the other characters in this game. Don’t care. Besides, the game is so short that there isn’t much chance to get to know or care about them, and that’s not even counting the fact that so much of the game is spent on unimportant one-off characters.

Which leads me to my next point: this game is too much like a movie. And I don’t mean in the sense that it barely has any gameplay, even though that’s true. I don’t necessarily have any problem with that part. I mean in the sense that movies are too limiting when it comes to character building. You cannot build characters that the audience can feel a real connection with in 3 hours worth of scenes. You can in a game. You can in a book. You can in a TV series/soap opera. But not in a movie. By the same token, you cannot build a convincing romantic relationship in a movie, especially when it’s not the focus of the plot. It wasn’t believable in Heavy Rain and it’s not believable here. Stop it.

Enter the suspiciously handsome CIA agent whose face may as well have a post-it note that says DESIGNATED LOVE INTEREST. Nevermind that this guy happens to be a huge fucking asshole, the game will shove him in your face and have Jodie falling for him. Thankfully you can reject him, but boy oh boy does the game continue to shove him in your face right up to the very end, and it’s obvious that hooking up with him is the “good” ending. I swear the game asks you to hook up with him like 5 times even after you keep saying no. Once you think’s he’s finally fucked off, ooh, guess who’s going on a mission inside a tiny submarine with you. Look, aside from the fact that you’re a fucking asshole, I’ve technically only known you for like two scenes. And you’re talking to me about love? Fuck you. Maybe the writer expect me to fill in the blanks with my imagination and pretend some cool stuff happened between them that I didn’t get to see. You know what also fills in the blank? My boot up your fucking ass, that’s what.

I guess the game has its moments here and there. Mainly using Aiden to fuck with people. In one chapter you’re at a party and the other kids make fun of your dress, your gift, call you a slut and stuff you in the closet. So you use Aiden to beat them with chairs and then burn the house down. That’s awesome. Disproportionate retribution is the best kind of retribution. Though it makes you wonder if such a thing can happen. I mean, making fun of your gift, sure. Making fun of your clothes, definitely. But locking you inside a closet? I know kids are assholes but is that an actual thing that happens? Guess we’ll never know. In another chapter Jodie almost gets raped (of course) in a bar, and you use Aiden to kill them. That’s cool, though again, it makes you wonder how realistic this is. I mean, an attempted rape in a bar where anybody could walk in at any moment? And in front of the bartender? Is that an actual thing that happens? Guess we’ll never know. Then in another chapter you get to use Aiden to fuck up Jodie’s date with Agent Asshat and scare him off. That’s funny.

But other than these small cool situations here and there, by and large Beyond Two Souls doesn’t have much that makes it worthwhile. Don’t bother with this game.

Final Playtime: Who knows. Practically nothing.