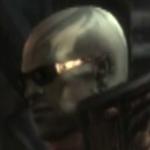 Aight, so. Originally I wasn’t going to review this game since it’s usually implicit that if I take the time to make a guide for something it’s because I like the game. But I’ve gotten some requests to do it and I guess I have some shit to complain about so what the hell. Let’s go.

So being a raging DMC fan Bayonetta was one of my most anticipated games, despite the fact that I wasn’t completely sure if it was going to suck or not. There was some bullshit that made me doubt, like what they were saying about the main character getting naked whenever she did some attacks or the inclusion of easy automatic and even very easy automatic, and how it could be played with one god damn hand. I never actually played either of those difficulties but they sound like the most retarded thing ever made. I mean fuck. Let’s get one thing straight once and for all for anyone out there making an action game. There are a few things that are FUCKING STUPID AND UNNECESSARY.

1) Easy modes. If you play on easy, guess what. You are fucking missing the point, dumbass. You are playing the wrong type of fucking game. Go play Zelda or whatever.

2) Items. Useless and retarded, especially restorative items. Who even uses them? Pussies, that’s who. Just take your deaths like a man. Easy modes coupled with items make it so that even a 10 month old baby can beat the game. That might seem like a good thing because, hey, it’s inclusive, but in reality it does nothing because these people are most likely to just cheap their way to the end and then move on, probably following the obligatory “Ok game, kinda short though” Again, completely missing the point. Action games aren’t about simply playing once to the end. Not for the story (which tend to be universally bad), not for the “experience”. Though a case could be made in the case of God of War, which is an action game that leans more towards the “experience” side of things. And incidentally, also happens to be the most popular and mainstream, despite being inferior to both DMC and Ninja Gaiden. It’s not a coincidence. The reason God of War is more popular is the same reason why action games continue to have stupid and unnecessary things like items and easy automatic one-handed modes. Which you could then argue contradicts what I just said about it being stupid and unnecessary. To which I’d respond with fuck you.

But back to the matter at hand. I play Bayonetta and turns out it’s pretty good. Oh sure, I was disappointed at how easy it was but it was still pretty good. It feels pretty DMCish, movement is pretty fluid, it does a lot of things well, such as dodging being a single button, being able to do it several times in a row, including in the air, and that cool little “woosh” thing when you dodge an attack correctly.

Incidentally, here’s a tip to anyone making a dodge in their game: if it doesn’t have invincible frames YOU’RE DOING IT WRONG, YOU STUPID FUCKS. If there’s something I hate it’s games where you dodge things and still get hit anyway. What the fuck is the point of it then?

But yeah, Bayonetta is cool and all, damn solid game, fun, good gameplay, worthy of its DMC roots, etc.

Like I said earlier, the difficulty. It’s completely out of whack. It’s just not balanced correctly. Normal is far, FAR too easy. Probably even easier than DMC4, if that’s possible. Hard is also too damn easy. And even Nonstop Climax isn’t that tough to beat either. Then on the other side of the coin, getting all pure platinum on nonstop climax is fucking ridiculous. It’s not balanced at ALL. On one hand, if you don’t know how to beat the system it’s practically impossible. And on the other hand, if you do, it suddenly turns into not that big of a deal. So what the fuck, Platinum Games? You need to strike a good fucking balance with the difficulty, not this bullshit where you have no challenge on one side and then on the other it’s just completely retarded.

And on that note, the chapters in this game are TOO. FUCKING. LONG. I swear to god some of them can be 30 god damn minutes long. What is that shit? Say I’m trying to Pure platinum a long chapter, then say I get gold someplace close to the end because I didn’t do enough combos. I then have to redo the whole 30 minutes or whatever the shit it was? Fuck you. When are developers going to fucking learn that the sweet spot for redoing shit is 10 minutes tops? Having to redo more than that becomes really damn frustrating. And that’s exactly why unless you’re some kind of legendary gamer (who also happens to be a retard for putting up with something like this) you’re basically forced to beat the system as I said earlier rather than play in an ideal way. After all, who could be asshole enough to legitimately go 30 minutes without ever getting hit on so many chapters? Especially because…

Some enemies have downright questionable design. Look. Just get pure platinum on chapter X on nonstop climax, look me in the eye, and try to tell me Kinships aren’t retarded enemies. I’ll kick you in the dick. Because you’re lying. Then to a somewhat lesser extent we have other enemies like Joys who have some attacks that are SO fucking fast that sometimes you just can’t fucking react to them. Then add to this that you’re fighting 3 at the same time, and that chapters are so fucking long and…yeah. 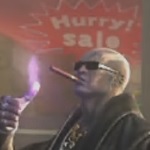 And you know what? Most people will never even notice these problems because of another questionable design feature in Bayonetta: witch time. Basically, when you’re playing on normal and hard, whenever you dodge most attacks, you’ll activate a sort of time stop for a few seconds wherein you can do whatever the fuck you feel like, destroy enemies without fear of retaliation, etc. Now, don’t get me wrong. Witch time is fun. But on the other hand, having witch time is like playing on easy automatic. Everything, and I mean everything becomes a joke with it. Enemies can’t move, they can’t parry your attacks, they can’t do SHIT. All of the retarded enemies I mentioned above become laughably easy with witch time. Which brings me to a sad conclusion: the game was balanced for witch time. It’s the only fucking explanation. And that also leads me to conclude that witch time shouldn’t even exist. If you’re going to balance the game (and I’m using this term loosely here because I’m not sure if enemies being helpless counts as balanced) around something and then take it out later, you might as well not have it in the first place.

Next, Bayonetta also has some downright stupid design choices when it comes to inputs. Certain moves overlap for no god damn reason which results in you doing a move that you didn’t intend to do. The biggest offender is mapping panther within and crow within to the fucking dodge button of all things. HOW FUCKING RETARDED CAN YOU BE. This results in you accidentally turning into a panther or crow all the fucking time when you only wanted to dodge, which is annoying as all fuck and takes a long time to get used to. At least you can disable the crow move. No such luck for panther.

The other biggest offender is the move where you supposedly have to spin the stick once and then punch to go into a shooting spree. Except it’s more like half a spin, and this results in you accidentally going into this move all the god damn time when all you wanted to do was turn around and punch. What’s more, this move is COMPLETELY. FUCKING. USELESS. I swear to fucking god its only purpose is to piss you off. There are others but these two are the biggest ones. Now my question is this. HOW did you not notice these mistakes when you were testing the fucking game? It’s baffling. This isn’t some obscure thing. Anyone who just fucking plays the game can see that mapping these moves to those commands is a bad design choice. So I just can’t understand why it’s there.

Next, the loading times in Bayonetta are atrocious. Now, I’m a patient guy so I can take this kind of thing, but I’m just throwing that out there, if you play this game you WILL spend a lot of time just waiting.

Then again, maybe that’s just on the gaystation 3. Who knows. Among other problems the PS3 version has, such as dumb framerate, worse graphics and whatnot. That being said, it’s not that bad. The 360 version is noticeably superior but the PS3 problems aren’t really enough to be a deal breaker. Take it from me. It rarely pissed me off.

But speaking of that, what REALLY pisses me off about this game is Bayonetta herself. What we have here is quite possible one of the dumbest, most facepalm inducing characters of all time.

This, of course, permeates to the cutscenes, which are SO fucking bad that they are actually unbearable to watch more than once. Contrast this with the cutscenes in DMC3, which are dumb, cheesy, over the top, and yet still very well done, entertaining, and even legitimately funny at times. 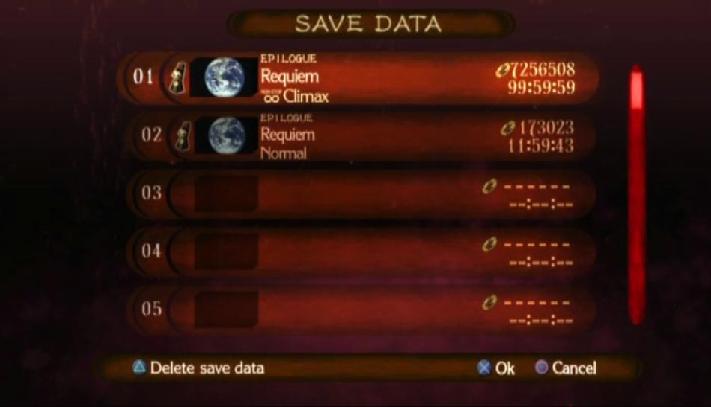 And then, as if Bayonetta wasn’t terrible enough, they throw a fucking whiny-ass child in there. FFFFFFFFFFFFF. Now, as you all know, if there are three things I hate in this world, it’s:

And Bayonetta has the gall to have two of these at the same fucking time. It’s no wonder I can’t stand the cutscenes. The only characters that don’t suck (Rodin and Enzo) are only present at the very beginning of the game and at the very end. Thank fuck for the ability to skip cutscenes. Oh and the story also sucks. But that’s to be expected in this genre.

Still, who cares about the story and the characters right? That’s not the point of these games. The point is the gameplay, and sure, I may’ve bitched about a lot of things but truth is Bayonetta is still a great game, still a lot of fun, and chances are good that there won’t be a better action game for a while. Unless God of War III pulls out a serious rabbit out of its hat. Which I doubt. So Bayonetta gets my full recommendation.

Final Playtime: Unfortunately the playtime clock glitches out at 99:59:59. I’d estimate it at somewhere between 130-150 hours though.