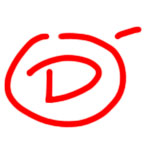 When I first started playing this game, I absolutely hated it beyond belief. Then I gave it a chance and kept playing it, and I saw that it’s not really a horrible game. It’s just really fucking bad. I already knew it wouldn’t be anything like the old Banjo Kazooie games I loved. But at least I had the hope that Rare still had what it takes to make a good game. Turns out they don’t. So fuck you, Rare. This was your last chance to prove to me that your being bought out by Msoft hadn’t turned you into complete assholes. Our relationship is over!

The only good thing about this game is that it has graphics bordering on beautiful. Especially the water. A lot of the worlds are pretty. Shame you don’t explore them in the same way you did back in the 64 era. Because everything now has to do with fucking vehicles. You rarely ever get off them. 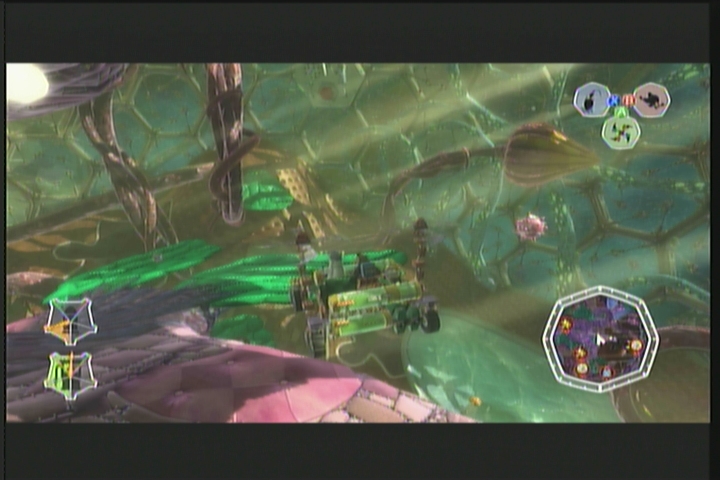 And this wouldn’t be so bad, except this game happens to have some of the worst, most annoying, frustrating driving controls in existence. What’s that you’re saying? “Nigger, you make the vehicles! Just build them to have better handling!” No. Shut the fuck up, asshole. You can build whatever you want, but you bump against something? It sends you spinning out of control. You try to manuever in slightly uneven terrain? More spinning out of control. Even the vehicles the game itself provides you have shitty handling. Hell, a lot of the bullshit challenges even revolve around giving you vehicles with the shittiest handling possible. Jesus. It’s like “Ok, now try to do this with a thin 20-foot tall car.” “Now with a car shaped like a fucking camel.” “Now with only two wheels.” “Now with a trailer stuck behind you.” “Now with a shitty car on ice.” FUCK you.

Is that your idea of a challenge? Having the player deal with shitty controls? I mean seriously, fuck. These driving controls are worse than even GTA IV. It’s funny because the game is pretty easy, and yet it manages to frustrate me like few others. Yes, you heard right. Easy and frustrating? Now that’s what I call an epic failure of a game. You used to be cool, Rare. Banjo used to be cool. Now it’s reduced to this shitpile.

Like I said, you don’t explore the worlds like you used to anymore. Getting jiggies is completely streamlined. You enter a world, and your map tells you exactly where every jiggy and jinjo is. You fly there with your faggot carcopter or whatever, and then do a shitty challenge/minigame involving vehicles. There’s no reason to explore the worlds other than to get some pointless notes, and even then it’s not the same when you’re just speeding around on a car/plane/helicopter.

This game is not a platformer. Everyone can see that clearly from the first moment they play the game. But what took me a bit of playing to realize, is that it’s not really a racing/driving game either. At first you might get the impression that the game plays a lot like Diddy Kong Racing, but after a while you’ll see that they’re actually very different. No, if I had to put a label on this game, it’d be a building game. Because that’s the entire point of Nuts and Bolts. To build shit. Every challenge is just an excuse to have you build a new vehicle or tweak an existing one. Success in the challenges isn’t based so much on how well you perform, but on how well suited the car you built is to doing the job. And it really is something you have to get used to. It took me a while of playing to “get it”, and once I did I stopped fervently hating the game.

Too bad just because I stopped hating it doesn’t mean I like it. Far from it. Though it managed to escape the F grade from me, it’s still a pretty shitty game. Though the challenges have some variety to them, they still get fucking old after a while, and so does having to build something different for virtually every challenge. Ooooh, if you can dream it you can build it. Big fucking deal. That gets boring after a while. And then when it comes to the challenges where the game forces you to use a certain vehicle, it seems they’re designed purely to annoy you. 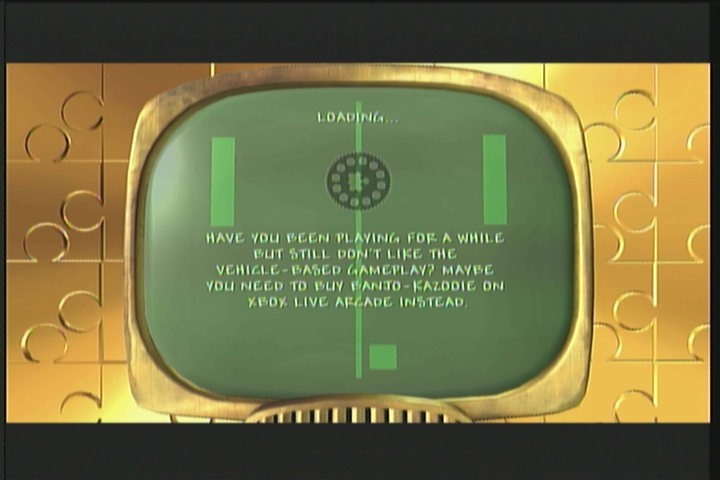 Ok, time out, seriously, fuck. What ever happened to trying to make games fun? At what point did some designers suddenly decide to make things for the sole purpose of being assholes and causing people grief? Putting these challenges in the game and then giving people the shittiest controls possible is like a written note saying “Haha, just try to have fun now, fucker!” Look, having some parts that maybe aren’t that great, that’s acceptable and even inevitable. But having parts that are so bad as to be the antithesis of fun? So bad as to take away from anything good that might have happened to you earlier in the day? That should be a crime.

And you know what else should be a crime? This game. It’s a travesty. An afront against all that is good and pure. The only part I really enjoyed was the hub world. Oh, and Klungo’s game wasn’t too bad either. Pretty much everything else sucked and either frustrated me, bored me, or both. In fact, I’d rather read a book than play this game. And trust me, I am not a reader.

Not to mention good luck trying to play this without an HDTV and an HDMI cable. I’ve heard the text is unreadable if you do. I tried using AV cables instead of the HDMI cable and it became almost unreadable. Who knows what would happen if I tried using an SDTV. Honestly though, this isn’t that important because really, who even uses SDTVs anymore besides failures like Climpa? That’s what I thought.

But yeah man, fuck this game. I’m not even going to bother completing it. I gave it a chance. 25 hours worth of a chance, even. Not worth my time nor anybody’s.

Here’s the deal. If you were the little dipshit who built spaceships and other crap with legos back in elementary, you’ll like this game. But you’re still a dipshit. I’ll be over here playing good games (or not, as the case may be. Not like much of anything is good these days, what with all the shit that’s being put out).