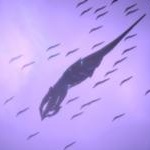 Yeah I know I’m late with this shit, but fuck you I was busy, and Mass Effect certainly doesn’t rank high on my list of priorities. But now I’m done so I can talk shit about this shit. Granted there ain’t much shit to talk since ME3 continues the series’ legacy of being decent, enjoyable, and nothing special. I mean most of said shit has already been talked in my reviews for the previous games. But whatever, let’s go.

First off, as you should already know, importing the save data from the previous game is a big thing with Mass Effect. Considering the fact that it’s been, what, five years and several xboxes since ME1, it’s almost miraculous that I somehow still have my original hard drive. But hey, good for me right? Let me get all those sweet perks from getting in on the ground floor! Welp, that’s what you’d think, but as it turns out, the “perk” is that you start the game automatically at level fucking 36 or some bullshit. I don’t need to tell you why starting a game already at level 36 is retarded, do I? Shit, I already had a bunch of my skills maxed out before I even took my first god damn step! Where’s the fun in that? RPGs should have balanced character progression and this game pretty much shits on that. Further, since the level cap is 50-60 as usual, the fact that you start at 36 kind of gives you an idea of how little content there’s going to be in this game.

As far as I’m aware, the combat hasn’t received any changes and is exactly the same as in the previous game (and I sure as hell ain’t digging up my ME2 disc to find out for sure), which I’m fine with because it was improved enough in ME2. You know how it works, standard third person shooter fare with cover system and regenerating shields and whatnot. Something interesting to mention is that the game lets you choose another character class to play at the start even if you import your save data, which is nice since it gives you more variety than just staying the same class as last time. I played a Soldier in ME2 and played a mage in this one, and the change in gameplay was interesting. Whereas in ME2 it felt more like a shooter, in ME3 I played it more by pausing a lot, calmly picking a target and choosing the powers both my character and my squadmates would use. Felt more RPGish. So it’s interesting that you can play the game both ways.

Once again, and as usual, the conversation system is one of the game’s highlights. You can choose how to reply to people and have the dialogue/scene be different and get paragon or renegade points. I won’t get too much into it since I already talked about it in previous reviews. One thing that is worth noting, however, is that they seem to have addressed the problem where in previous games you were forced to go either full paragon or full renegade because if you spread out your points then you wouldn’t have enough for charm or intimidate later on. In ME3 paragon and renegade are combined into a single reputation bar, and as far as I’m aware there was never a point where I didn’t have enough reputation. The problem I DID have is that my reputation bar got maxed way too fast, but that’s more of a problem with how the game fails to handle progression, as I said before.

Another thing that is particularly enjoyable is just going around your ship talking to your party members and seeing the little events and conversations that happen between missions.

Now, one of Mass Effect’s biggest claims to fame has been the amount of choices it gives the player. ME3 continues this, and I have to say that the amount of things that change in the game based on your choices is staggering. There are just so many variables that can change how a scene unfolds or what people say, or what characters are even present. Not only just what dialogue and actions you pick in the scene itself but also what you chose in the game before and what you chose in previous games. Maybe an important character died for you and the scenes and dialogue where that character is involved are different. Maybe an entire race is extinct in your game and scenes change accordingly. Maybe you did something and characters’ opinion of you changes based on that. A while back I said in my Devil Survivor review that it was pretty cool how scenes change based on what you do, but in this regard Mass Effect makes it look like a complete CHUMP. Hell, just based on which party members you choose to take with you the things that happen and the way conversations unfold is substantially different. I don’t just mean that they have a unique throwaway line here and there. They have actual conversations that are affected by which two people you have with you at that time. Even NPCs react differently to who you have with you. And while all of this is undeniably awesome, ultimately I feel like it’s just not a good idea simply because it’s such a fucking massive waste of resources.

I’ve said it before, but the problem with having a crazy amount of choices in games like these is that so many of your resources are going into stuff that the player probably isn’t ever going to see. You can’t justify this when you could have used those resources to, y’know, make the game itself better, or to make more content that the player will see. I said before that the fact that you start at level 36 clues you in on how little content there’s going to be, and that’s something that bothers me about Mass Effect. You finish the game and it feels like you BARELY DID SHIT. Why? Probably because so much of the game went into hidden shit that you won’t see! There are probably only like… 5 story missions or some shit. Everything else is just filler.

Speaking of filler though, at the very least ME3 streamlines the mind numbingly tedious work of resource gathering from the previous games by only having one item per planet max and letting you do scans from the solar system screen to find out if there’s an item. So I guess that’s appreciated. Now instead of spending a million years mining I only have to spend a thousand.

Don’t get me wrong, it’s cool how the citadel keeps getting new quests and every time you visit there’s new dialogue going on and new fetch quests to pick up and events, but honestly it feels like 80% of the entire game boils down to this, and most of them are just go fetch this dumb item on this dumb planet with a probe. This is a big contributor to that feeling that the game ends with few things happening.

The thing you’ve probably heard most about this game though is how shitty the ending is. I know I have. It was fucking everywhere, people all bitchin’, makin’ petitions, outright denying the ending.  Y’know, to the point where Bioware had to make a public statement about it? Well after finishing the game I just have to say… what the fuck is wrong with you faggots?! Way to whine like little bitches and blow something pointlessly out of proportion. First of all the ending isn’t even that bad. Sure it’s not great and it ends a little abruptly, but based on the amount of crying I’d heard I assumed it would be something terrible like everything you did was for nothing and the reapers just overpowered you and then slaughtered everyone in the galaxy. But turns out it’s just a standard sorta meh ending. But secondly, WHO GIVES A SHIT. Y’all bitches crying about a game that was never worth caring about in the first place. Get like me, my care meter for this game and whatever happens to these characters is so low that I don’t even remember what I did in ME2. Niggaz coming to me all like “oh remember me? You saved me from the collectors!”  Of course I don’t remember you, and what the fuck is a collector? Don’t answer that question because I just don’t give a fuck.

But whatever. A lot of people act like ME3 was a disappointment but to me it really wasn’t. Yeah, hard to disappoint me when I never thought the games were great in the first place, but ME3 is more or less just as decent as the rest, and just as unremarkable. No reason not to get it if you’ve played the previous two and don’t got anything better lined up.