Final verdict: A-
Final playtime: Who knows? The game sure doesn’t want to tell me. 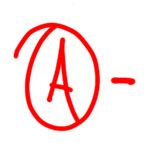 If you’ve played the previous Ace Attorney games, which you should have, you already know pretty much what to expect, so let’s keep this brief.

Unless you have no soul and have been living an empty life devoid of Ace Attorney, you also already know Phoenix Wright has been scrapped as the series’ protagonist to make way for our new guy, Apollo Justice. Guess Phoenix Wright is too much of an Ace Attorney at this point, and they couldn’t find new ways to stick a tutorial in the first case since they’ve already exhausted their oh-so-brilliant amnesia and flashback cards.

Can’t say I was too thrilled to have the torch passed on to Apollo, but eh. Gotta make way for the new generation I suppose. Appearance-wise he’s not as cool as Phoenix. Ain’t gonna impress no one with your casual red vest and rolled up sleeves, boy. Wright’s blue business suit blows him out of the water. On the personality front, very generally speaking Apollo seems to be a lot like Phoenix back in his rookie days. All in all, can’t say I prefer Apollo over Wright, but I’ll accept him.

Filling in the role of your young and silly assistant with whom you get to argue the finer points of ladder discrimination (if you don’t get that reference you need a heavy dose of Ace Attorney intravenous therapy) is the magician Trucy. Unlike Apollo, she wins over Maya since she’s cuter. Not that I’m saying Maya was cute. Because she was ugleh. Character-wise though, they are both similar in that they have a really fun personality. That is, unrealistically silly, upbeat, innocent and cheerful. That’s right, unrealistically. Because we all know real 15-year old girls aren’t actually like this. Um, not that I claim to have any first-hand experience with 15-year old girls. Because I don’t. (Whew! Nice save. Move along, FBI, nothing to see here, nothing to see.)

Right, so, uh, movin’ right along… on the prosecution front, I gotta say I was a bit disappointed this time around. Klavier is alright, but he just can’t compare to the likes of (in ascending order of awesomeness) Manfred, Godot and Edgeworth. As such, he falls into the level of Franziska. That is to say, alright but nothing special. In fact, I’d say he’s not even up to her level, since Franziska gained major points with me for being such a fun character in Ace Attorney 3. Klavier just isn’t very interesting. There’s nothing mysterious about him, he doesn’t have a godly legal reputation, his personality isn’t anything worth noting, he isn’t a fierce opponent… in fact, he’s way too nice and helpful for an opponent. Disarmingly so. Sorry Klavier, you just don’t do it for me.

Taking up the role of the recurring failure of a detective who consistently spills the beans on the particulars of the investigation, we bear witness to the return of our favorite scientist wannabe (if you disagree, get out of my house) Ema Skye (!). Surprisingly, she’s still cute despite being a grandma now. And by grandma I mean she’s 25. I like her side view and her pouting face. Her smug face is pretty good too. Oh and her snacking face. Uh…where was I? Oh right. She’s a good character. Not nearly as much of a failure as Gumshoe was, but she’s around there, considering she failed the forensic science test, misses vital clues, and gives information she’s not supposed to. Oh and now she has a cute snacking habit! Guess that’s one way to deal with your failures in life. Whether or not she’s better than Gumshoe… that’s a really tough call. On one hand she’s a cute girl, which automatically scores big points on my decidedly superficial proverbial book, but on the other hand, I can’t ignore Gumshoe’s all around awesomeness and the fact that he’s possibly the funniest character in the series. I guess I’ll just invoke my right to remain silent on this matter. That’s the problem with Ace Attorney characters. They’re like my childrens. I loves dem all!

This game seems to be easier than the others to me. Problem is, I can’t figure out if it’s because it’s actually easier, because it’s better designed, or because I’m just used to the way these games work. The gameplay is still identical, the graphics are still mostly identical, the engine is still the same one as the other 3 games, y’know how it is. The new gameplay addition is Apollo’s ability. Rather than breaking psyche-locks with Phoenix’s magatama, as Apollo you can perceive when people are lying or hiding something by using your crazy magnifying eyes to look for twitches, habits, and other physical signs of stress. It’s a cool gimmick. I liked it anyway.

This series has always had cool music, and Apollo Justice’s is pretty good, though in general not as good as Phoenix Wright’s music. Plenty of old songs make a comeback here, and they tend to be better than the new ones.

After the unbelievably amazing final case of Ace Attorney 3, the series clearly jumped the shark and only fools would have expected Apollo Justice to deliver something quite on the same level. Still, rest assured that this game still bears the mark of the series’ brilliant characters, dialogue, and story. A definite buy. In fact, buy it twice just to make sure, know what I’m sayin’? Gotta send Capcom a message.

These Ace Attorney games are strange beasts. I’ve always been a bit hesitant to give them great scores, what with their gameplay, or lack thereof, being highly suspect. It’s more a book than a game, and it’s got approximately zero replay value. But like all the others before it, Ace Attorney 4 is incredibly addicting and like all the others before it, I was sad upon beating it because I didn’t want it to end. That is something I just can’t ignore. These games are shining examples of ones whose bland gameplay I’m willing to dismiss based on story and personality.

Dear Capcom, please work your magic and continue milking the fuck out of this franchise. If you don’t, I will murder you in your sleep. Yes, this is a written threat.

Final Playtime: Who knows? The game sure doesn’t want to tell me.

Oh by the way, I need not remind you to play these games in order unless you’re some kind of fucking dumbass. And believe me, I have met dumbasses of this caliber.