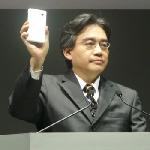 So this piece of shit just came out in Europe and America (and also Australia, I guess, but nobody cares about those fuckers). Apparently it managed to surpass the opening weekend sales of both the DS and DS lite over in Britland.

Now, I know the UK is one of the dumbest countries on earth, but this is a new low. I mean, ok, the DS lite, I can see. It’s a lot prettier than the original one, better LCD screen, improved battery life, the works.

But the DSi? What is that shit. I don’t even. You have to be a supreme dumbass to buy this, especially if you already have a DS lite. Just look at this shit. Stop sucking Nintendo’s cock for one second and look at this shit. Worse battery life, no backwards compatibility with the GBA, same size (actually the lite is a tiny bit smaller). Not only is this not an improvement over the lite, it’s actually worse. That’s right, Nintendo is selling a worse version of their handheld, and people are lapping it up. What.

And what does the DSi have? A shitty camera. Fuck you. I already have a shitty camera in my cell, I don’t need another one in my DS. Oh, and the DSi store. So now you can buy shitty games like Brain Age: Math and WarioWare: Snapped. What a joke. Sony also redesigns its PSP, but they’re classy about it. Not only do they actually improve it, but they don’t tout it as an “omg new PSP that you have to get!” In fact, when I told Shepton about the PSP-3000, he didn’t even know it existed. But you can bet your ass he knew about the DSi. Because that’s how Nintendo works these days. They capitalize on people’s stupidity. Which is a actually a pretty good business model, but not exactly one I can respect. And yeah, I know Sony and any other company would trade respect for money in a second.

But seriously, few companies piss me off as much as Nintendo. Turning an insane profit out of selling shit in a bucket is admirable, in a capitalist, dog-eat-dog, no holds barred everything goes kind of way. And in fact, that is actually the best way to make a profit. What do the best selling games have in common? That they’re mostly all pretty crappy. Quality isn’t going to make your game, or your company, succeed. Sometimes it can help, but a lot of the time it’s not even needed! You can make the best game in the world, and I can guarantee that it will not sell as well as, say, Brain Age. The world is fucked up like that. Such a sad state of affairs is enough to make you depressed. But don’t worry. All isn’t lost quite yet. There are still beautiful companies like Atlus making extremely high quality games despite not making as much profit as the companies selling absolute crap. Now that is admirable.