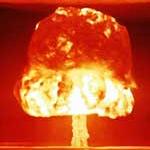 God dammit I hate how popular this game is. You go to gayfags right now and both versions show up as number 1 and 2 on the top ten games.

What does this mean? It means people are buying it and or interested in it. Either way it’s bullshit. All it took for me to lose interest in this game was to hear it had Star Wars in the name.

“Hey you hear about that one new game?”

I have no respect for games that ride on popular licenses. It gives developers a chance to be lazy and cut corners. They usually end up sucking shit. And they STILL sell. So ok. I fucking hate The Force Unleashed. But not as much as I hate the idiots who actually buy these things. You ever feel like there’s just too much injustice in this world? You ever wonder something like “Man, if god exists why is he letting people die of disease and starvation?” Well I wonder, if god exists, why is he letting people who buy The Force Unleashed live?

There are so many good games doing poorly that aren’t shameless cash-ins on a popular movie series. Meanwhile shit like this gets a free pass just because it has Star Wars in the name. And all this does is encourage game companies to make more bullshit licensed games. I can see it now.

“So how much blood-money did we make this year?”

“Acceptable. What were our most profitable projects?”

“Well, Mr. Shareholder, as it turns out, no one bought our lovingly crafted original game. All of our earnings came from the Star Wars monkeys who bought our crappy licensed game!”

“This means crappy licensed games are what the people want. Close down the studio making good games!”

So ultimately it’s consumers’ faults that shit like this is so profitable. And it’s not going to change because people will always be idiots. I’m clearly the only one with any taste.

In conclusion, you suck.