I used to like Final Fantasy back when it was a good series. But it seems somewhere after 10, Square forgot how to make a decent FF. Obviously the age of FF is over. It won’t be able to regain the spot it once held as the king of RPGs. But with these simple tips I’m about to give, at the very least it can stop sucking so many miles of dick. So take notes, Square, you bunch of incompetent monkeys.

1) First of all, forget all the cockbags who gave awards to FFXII for its story. Don’t be afraid to make the plot convoluted. I’d rather have a messy and hard-to-keep-up-with story than a simple one. Which is another word for boring. If there’s one thing Climpa has said which wasn’t complete bullshit, it’s this: “[FFXII’s] plot thinks it’s thick with political intrigue. When really it’s just a giant turd.”

Couldn’t agree more. I might’ve considered forgiving FFXII’s awful gameplay if it had a great story. Though I also would’ve forgiven its awful story if it had great gameplay. Which leads me to my next point.

2) It’s important to make sure your game has a decent battle system, as it’s an integral part of an RPG’s gameplay. So the question for you jokers at Square is “What game should we look at when making the battle system?” The answer is simple: 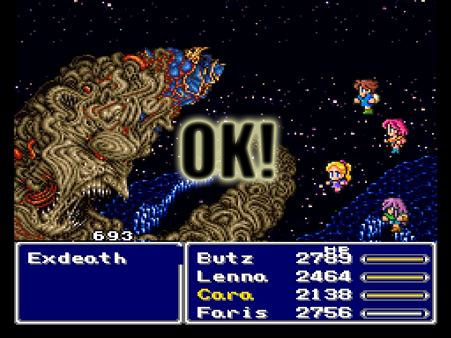 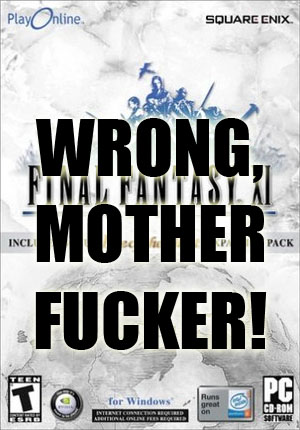 The only reason I can put up with FFXI’s gameplay is because I’m playing with friends. Now what happens when you take the people out of the equation? You end up with FFXII.

3) Another important part of RPGs is making a character that players will enjoy playing as. This isn’t so hard. You make a character look cool and you’re already halfway there. So the question this time is, “What game should we look at when designing a protagonist?” 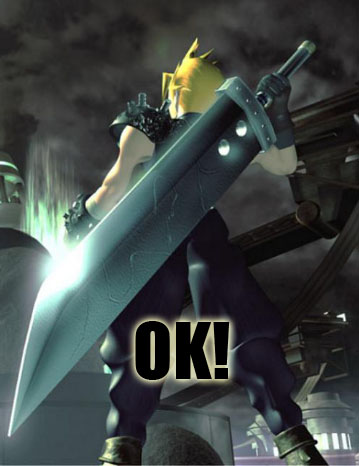 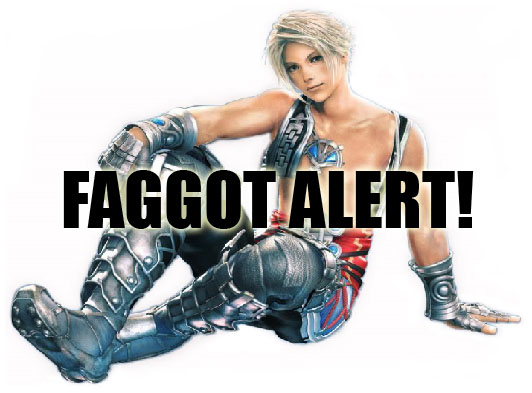 4) For the love of god, stop making them so fucking easy! A little challenge is a good thing! And no, a 10 hour long optional boss fight doesn’t count. So the question here is, “What game should we look at when deciding the difficulty?” Again, the answer is simple: 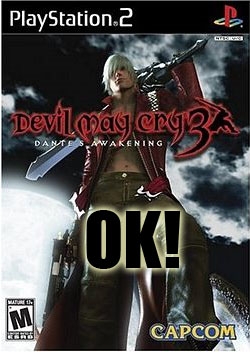 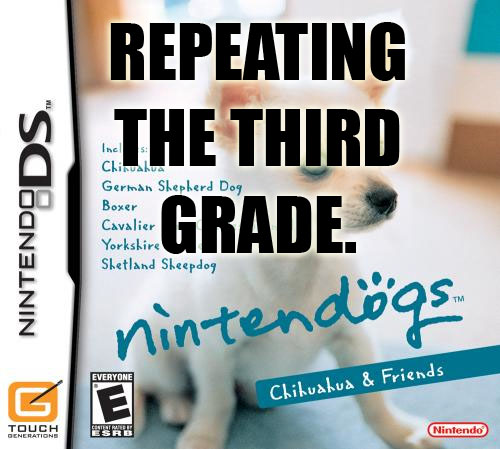 Anyway, so there you have it. With these easy to follow tips, the overall suckitude of the next FF can be reduced by at least 50%! Class dismissed.