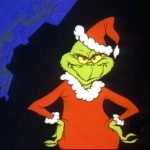 During the coveted retail portion of the year known as “the seasonal period” we are generally graced with a great many video games, of varying length and quality, intended to sate our voracious gaming appetites for another year.

At least that’s generally the plan on paper, and it probably works for Casual gamers and Kids who can’t afford to buy their own games, but for the more enthusiastic gamer on a steady income these releases likely won’t last. Between this and the possibility of people being so swept away by the October-December releases, there’s a real risk that some genuinely great games will be overlooked. So here I present to you a brief guide to post Christmas video game releases.

While Japanese Arcade goers and some lucky few in sparse locations around the world have been able to play this since July, the majority of the western world will have to wait until mid-Febuary to throw down. Street Fighter IV mixes the speed and style of a 2d fighter with the graphical overlay of a 3d fighter, maintaining the simplicity of only using the X and Y axis for movement and adding a gorgeous cell shaded paint-style layer – similar to Capcom’s own Okami – ontop of everything. With the console version including extra characters not in the arcade release (such as Sakura, Dan Hibiki, Cammy and more); even though it’s hot on the heels of Super Street Fighter II Turbo HD Remix this is going to be a game that no fighting game fan will want to be without.

There are a lot of Halo fans, this much we know is true. And with the PC crowd at least, Real Time Strategies generally find a decent audience. But when it comes to RTS games on consoles, they tend to find themselves left wanting. It’s not that there aren’t many of them out there, there are indeed quite a few, but the genre is generally designed from the ground up as a keyboard and mouse game. There have been several decent attempts to force a controller based scheme onto the genre for consoles, and several not so decent attempts, but they’re almost always flawed in the simple fact that the games were designed first and foremost for the PC. Hopefully Ensemble’s Halo Wars will be a different matter with it being designed exclusively for use on 360, and yes I know all of this talk has been about control schemes rather than the game itself, but when the team behind Age of Empires is on the case, you have little to worry about.

In 2005 Capcom released a little game called Resident Evil 4. In the run up to its release, many people feared it because it was different to the games that had preceeded it in the series, and then it was release and it was a solid game that, deservingly, sold amazingly well. Like a breath of fresh air to the series, Resident Evil 4 totally changed how the games were played; introducing a a control scheme that didn’t feel like you were driving a tank, removing the fixed perspectives common in previous games and adding a slick over the shoulder camera for combat, which would later inspire Gears of War to do the same. While Resident Evil 5 isn’t diverging from the winning formula used in 4, it is adding a much needed and often demanded multiplayer co-op mode to the game. The only down side to all of this is that gamers may be left wanting in the shadow of Left 4 Dead.

Yes, I know this game is already out in Japan and North America, and that it has technically been for thirteen years and already received a port to PS1; never the less it has never received a European release. European gamers without the ability to import SNES or PS1 games, nor the low morals to emulate the game in ROM form can finally rejoice, as at long last the wait is over and you can now officially play the greatest RPG ever created. (Fuck you S.A. Renegade) With a solid story through the depths of time and… well mostly time, character designs by Akira Toriyama, a solid battle system that utilises an active time gauge and combinations of party members to perform unique special attacks, all of the extra anime cutscenes from the Playstation version (with none of the load times), two new dungeons which add further closure to the story and an entire extra ending – you really aren’t going to want to miss out on this.

Patapon, released last winter in japan and february in the US/Europe, is quite possibly the most absurd blend of genres and gameplay types to ever grace a gaming system. A real time, tactical, RPG, rythme action game; Patapon saw players controllling a long though disappeared God, worshipped by a downtrodden warrior tribe called the Patapon. After a nasty defeat at the hands of the evil Zigotons, the God of the Patapon steps in to rally his or her troops to victory… by playing the drums. The Patapon then proceed on their quest to find the “IT” and overthrow the evil Zigoton Empire on the way. The sequel sees your little tribe continue on their quest to find IT; with new bosses and new unit types (such as bird mounted Patapon, huge fisted Robopon and magic using Malopon), as well as a return of the fearsome Zigotons. I wouldn’t be too surprised if Patapon 2: Don-Chaka… *groans* … whipped us into a FEVER~ again around February.

At E3 2004, Phantasy Star Universe was announced. As the months went by we slowly started to learn more about the game, it was basically going to be Phantasy Star Online except new and awesome and not really set in the same time or place, but who cares it was going to be more of PSO, and that’s awesome, right? And then Winter 2006 rolled around, and it really wasn’t. You can read that sentance a few ways, “it wasn’t awesome”, “it wasn’t PSO”, and they are all correct. Phantasy Star Universe’s launch was problematic at best;