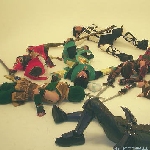 The past week or so the internet has been abuzz with the same exagerated quote, “[Players] passing out and getting physically ill.”

It all started when [Pet Food Alpha] broke the story of a Linkshell (guild) from Final Fantasy XI spending 18 hours on a single boss fight and even then failing to claim victory. It’s plain to all that an 18 hour long fight shouldn’t really be acceptable, but it’s not as if Pandemonium Warden is the first such challenge to face the FFXI player base – as other such enemies have been ingame since February 2005.

Though the dev team themself haven’t confirmed the length it would take to defeat Pandemonium Warden (assuming there is a trick to it); they have gone on record as saying Absolute Virtue, another lengthy boss, would take “18 hours, 10 if you’re lucky”. All this is about to change however, if the latest details from Square-Enix themself are to be believed, as one of the latest news items on their PlayOnline website indicates that such ridiculous tasks are to be a thing of the past. A particularly choice quote is:

“…some players have engaged these enemies using unanticipated methods which led to extended battle times. It is by no means the desire of the development team to see players involved in encounters that require an excessive amount of time and effort to complete.”

Though I don’t support 18 hour long boss fights, it seems odd that after 3 years Square-Enix would backpeddle as a result of the pressure of external news sources bringing to light the obscenely lengthy tasks, rather than the fact that the player base has been demanding such a change.

Infact they were so eager to force players into defeating such bosses that they had a team of Square related players do it just so that they could post videos; though this further confused the community, as it was an abridged version of the fight before they were informed of the lengths they would have to go to to attain victory.

I think the lesson to be learnt here, is that if you cry hard enough to someone that can paint the MMO of your choice in a negative light to the general public, then you too can help nerf Warlocks in WoW. 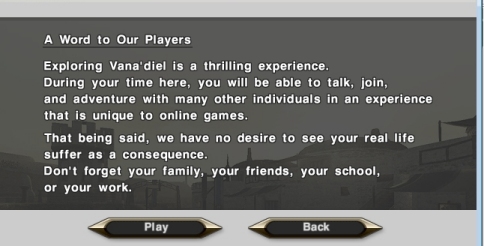