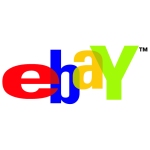 We have never neglected our core gamers. We still have developers working on popular core gaming franchises but we need longer to complete these games, approximately two to three years…These games are not ready to launch in early 2009 but are being worked on by all development teams.

Ignoring the backpeddling of Reggie’s statement at E3, wherein Animal Crossing is for the core, what this basically means is that you no longer need to sit awake at nights wondering about the big question. It’s now officially fine to move on with your life. And who knows? By the time late 2009/early 2010 rolls around (or late 2011 for all of you wonderful European readers) there may have been a price cut, supply shouldn’t be as constrained, there’ll probably be multiple different colours to choose from and all of the games you own now will cost considerably less to buy back.