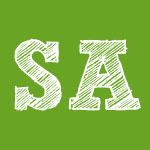 Bio: As an ignorant and privileged youth growing up in a castle in the heart of the English countryside, Shepton coasted through life wanting for and achieving nothing, traits which betrayed his obvious millennial leanings. In his late teens, when the harsh realities of life began to sink in (realities such as “having to work for a living”) he found himself regretting his wasted youth, and devoted his free time to appreciating and enjoying videogames, the art form that he had taken for granted as a child.

A bitter cynic, distrustful and skeptical of promises made or implied by any and all gaming publishers or developers, Shepton rarely feels excitement for upcoming releases of games, choosing instead to err on the side of pessimism and assume that a game will be a disappointment until proven otherwise. This attitude leads Shepton to avoid most “Triple A” releases, and in recent times has driven him to regress into the world of retro gaming, growing his collection of consoles and games from eras which made him feel comfortable and safe.

Despite awakening to what he believes to be more adult and cerebral concepts, ideals and philosophies, his lazy nature still rears its ugly head, and he will rarely put more effort into anything than he needs to, frequently abandoning projects in half-finished states. He will frequently neglect to write anything for the site for months, or even years, at a time.

2022 update: Look, Shepton got older. He’s no longer the kid who wrote most of the crap on here, back when he wore an onion on his belt, which was the style at the time. This eye-bleedin’ fully septic maniac now mostly writes about retro tech and how he spends all his disposable income on a niche hobby that baffles most people.

The original bio still stands though. It don’t need no doctorin’ around with. I crossed it out but left it there because it’s not like it’s wrong or nothin’, the world has just moved on. But still never trust anything a game publisher tells you, or a religious person, or any member of a large organization, or a rich person, or a government. Basically don’t trust people, they only want to fuck you out of your money, or your time, which all amounts to the same thing.

“You know what, fuck you, I’m not sorry I grew up in a house. Later on, horse dogg maniac.”